'This is a great technological achievement. It is the first large-diameter project drilled with TBMs in this country. For ACCIONA, where sustainability is the pillar of our strategy, it is very satisfying to work in Norway, which is undoubtedly a benchmark country in environmental issues,' said José Manuel Entrecanales during the ceremony.

The AGJV consortium is using four dual-shield TBMs to build twin 19.5-kilometre tunnels, each with an interior diameter of 8.8 metres. The four machines departed from the same point, the Norwegian town of Asland, with two of them drilling south toward Ski and the other two northbound toward Oslo. Once completed, they will be the longest tunnels in Scandinavia. The Asland-Oslo segment is 9 kilometres long and has taken two years. 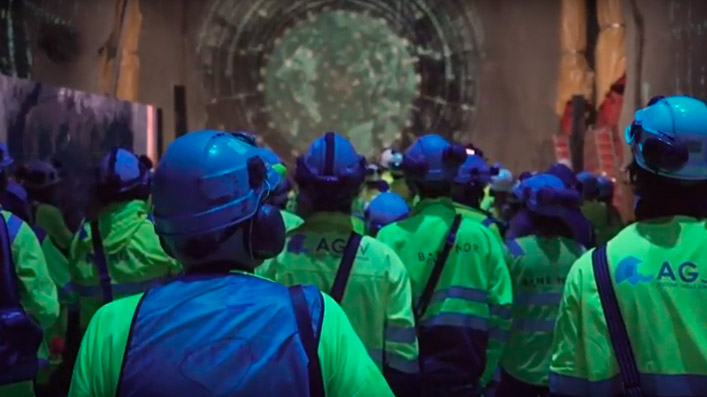