The future of humanity and the planet depends on how we produce energy: a reliable, affordable and decarbonized energy system is essential

THE IMPORTANCE OF RENEWABLE ENERGY

Renewable energies are sources of clean, inexhaustible and increasingly competitive energy. They differ from fossil fuels principally in their diversity, abundance and potential for use anywhere on the planet, but above all in that they produce neither greenhouse gases – which cause climate change – nor polluting emissions. Their costs are also falling and at a sustainable rate, whereas the general cost trend for fossil fuels is in the opposite direction in spite of their present volatility.

Growth in clean energies is unstoppable, as reflected in statistics produced annually by the International Energy Agency (IEA): they represented nearly half of all new electricity generation capacity installed in 2014, when they constituted the second biggest source of electricity worldwide, behind coal.

According to the IEA, world electricity demand will have increased by 70% by 2040 - its share of final energy use rising from 18 to 24% during the same period – driven mainly by the emerging economies of India, China, Africa, the Middle East and South-East Asia.

DISCOVER WHAT RENEWABLE ENERGIES ARE IN 2 MINUTES

Clean energy development is vital for combating climate change and limiting its most devastating effects. 2019 was the second warmest year on record. The Earth’s temperature has risen by an average 0.85 °C since the end of the 19th Century, states National Geographic in its special November 2015 issue on climate change.

Meanwhile, some 1.1 billion inhabitants (17% of the world population) do not have access to electricity. Equally, 2.7 billion people (38% of the population) use conventional biomass for cooking, heating and lighting in their homes - at serious risk to their health.

Renewable energies received important backing from the international community through the Paris Accord signed at the World Climate Summit held in the French capital in December 2015.

The agreement, which entered into force in 2016, establishes, for the first time in history, a binding global objective. Nearly 200 signatory countries pledged to reduce their emissions so that the average temperature of the planet at the end of the current century remains “well below” 2 °C, the limit above which climate change will have more catastrophic effects. The aim is to try to keep it to 1.5 °C.

The transition to an energy system based on renewable technologies will have very positive economic consequences on the global economy and on development. According to the International Renewable Energy Agency (IRENA), doubling the renewable energy share in electricity generation to 57 % worldwide by 2030 will be necessary for meeting the Paris Agreement targets. This requires raising annual investments in renewable energy from the current USD 330 billion to USD 750 billion, thereby boosting job creation and growth linked to the green economy. 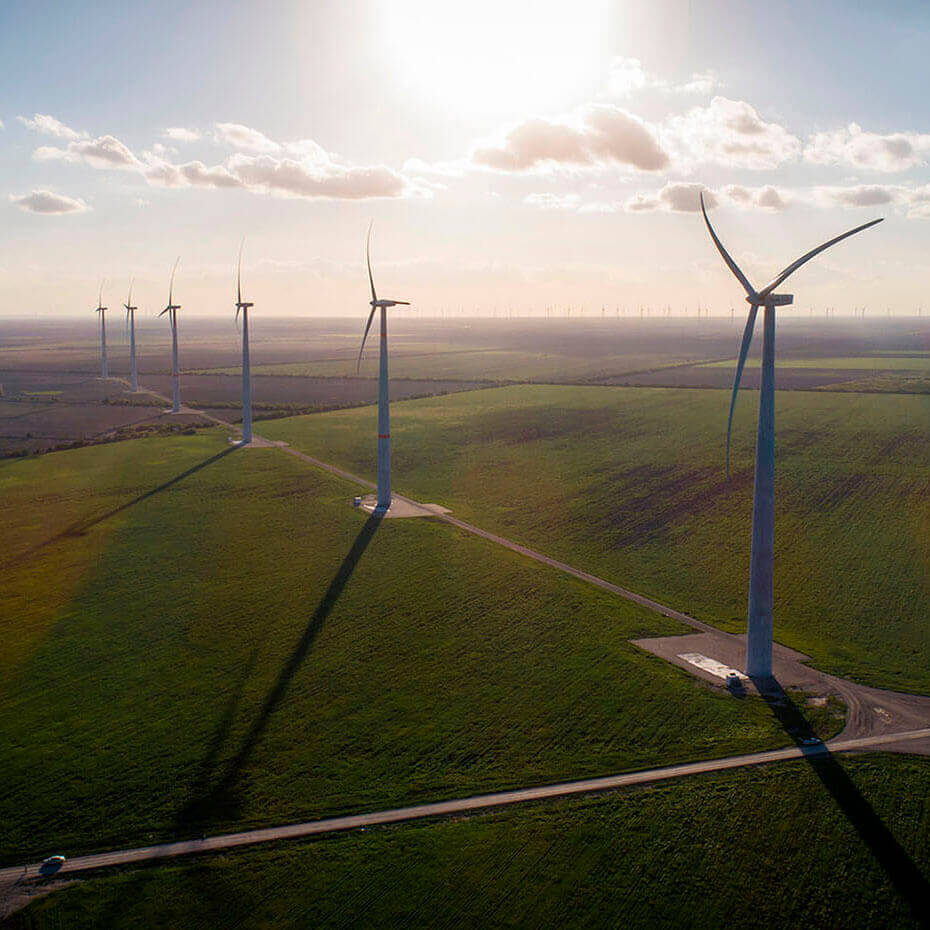 Renewables do not emit greenhouse gases in energy generation processes, making them the cleanest, most viable solution to prevent environmental degradation.

The indigenous nature of clean sources gives local economies an advantage and brings meaning to the term “energy independence”. Dependence on fossil fuel imports results in subordination to the economic and political short-term goals of the supplier country, which can compromise the security of energy supply. Everywhere in the world there is a renewable resource – whether that be the wind, sun, water or organic material – available for producing energy sustainably.

The main renewable technologies – such as wind and solar photovoltaic – are drastically reducing their costs, such that they are the most economically efficient way to generate electricity in a growing number of markets. Economies of scale and innovation are already resulting in renewable energies becoming at lightning speed the most sustainable solution, not only environmentally but also economically, for powering the world.

Decisions adopted at COP21 and forwards - like the COP25 Chile-Madrid - have shone the spotlight firmly on renewable energies.  The international community has understood its obligation to firm up the transition towards a low-carbon economy in order to guarantee a sustainable future for the planet. International consensus in favor of the “de-carbonization” of the economy constitutes a very favorable framework for the promotion of clean energy technologies.

ACCIONA is leading the corporate fight to mitigate the effects of the climate emergency and accelerate change towards a decarbonised energy model. For the fifth consecutive year, it heads the Top 100 Green Utilities de Energy Intelligence as the world's largest 100% renewable energy corporation.

LEARN MORE ABOUT WHAT WE DO

Know more about wind energy and its benefits

Know more about solar energy and its benefits