Working to improve the living conditions of communities without access to energy, water or civilized infrastructure.

Energy, water and sanitation for communities most in need

We aspire to build a world in which everyone has access to water, energy and civilized infrastructure. Our mission is to take these basic services to the communities most in need in order to improve the quality of their lives.
Get to know our foundation

OUR EXPERIENCE AT THE SERVICE OF COMMUNITITES WITHOUT MEANS 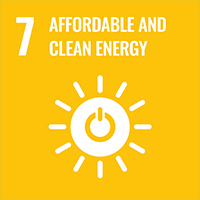 SDGs we contribute to directly

Through acciona.org, we have provided access to clean and safe basic energy and cooking services to developing communities. To do so, we provide third-generation home photovoltaic systems and improved kitchens with outdoor chimneys so that they are affordable to users.

Find out what we do 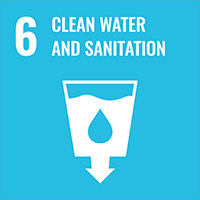 SDGs we contribute to directly

Through acciona.org, we have provided access to safe drinking water and healthy sanitation that is affordable and sustainable for developing communities. To do so, we seek the most appropriate solutions according to their needs, natural resources, climatology, socioeconomic conditions, etc.

Find out what we do

Global figures that give us motivation

of the population lacks access to safe drinking water

of the population has to travel to access drinking water

of the population does not have proper sanitation facilities

of the population does not have access to electricity

of the population has access to electricity without guaranteed service

of the population cooks with firewood, charcoal, manure or coal

Light at Home: Lighting up the present to prosper in the future

Light journeys to the heart of Amazonia

The acciona.org Foundation is taking clean electricity to remote and difficultly-accessed areas of the Peruvian Amazon

Water as a source of development

acciona.org works to make simple changes to communities around the world for a better life. At acciona.org we facilitate access to safe drinking water and sanitation, in an affordable and sustainable way for developing communities.

Clean water for the Wiwa community in Colombia

ACCIONA has installed a purification plant driven by renewable energy to supply clean water to 400 people a day in the remote Seyamake community, who live in the mountains of north Colombia

Familiar faces to help us in our purpose

Creation of the Foundation

Originally under the name of ACCIONA Microenergía Foundation, the foundation was created with the aim of channelling ACCIONA's social action into access to basic services in developing countries. As a corporate foundation, our activity focuses on the company’s strategic lines, promoting the to basic energy, water & sanitation  services and infrastructures.

The foundation promotes and directs development cooperation projects, which it also disseminates, with the aim of making society aware of the lack of access to these services in the world and the positive impact they generate in the economy, education, health or work of the most underserved communities.

The Luz en Casa programme was launched in Cajamarca, the department with the highest rates of poverty and lack of electricity in Peru. Five years later the programme achieved its breakeven point and, thus, its objective of demonstrating that it is viable, sustainable and affordable to bring quality basic electricity services, through solar home systems and a pay-for-service model, to low-income households in isolated and dispersed rural communities. Since 2017, Luz en Casa is also developed in Loreto, in the Peruvian Amazonia, having been adapted to the cutting-edge technology and the singular area of implementation.

The Luz en Casa Oaxaca programme was brought to Mexico, in partnership with the Government of Oaxaca, AECID –the Spanish Agency for Development– and its counterpart AMEXCID, with the aim of improving the living conditions of rural households living in poverty and extreme poverty by supplying third-generation home photovoltaic systems to provide them with basic electricity services. Today, this initiative is expanded with the EncASa Oaxaca programme to also offer access to safe drinking water, appropriate sanitation and improved cookstoves through systems the users choose in a catalogue of eco technologies. 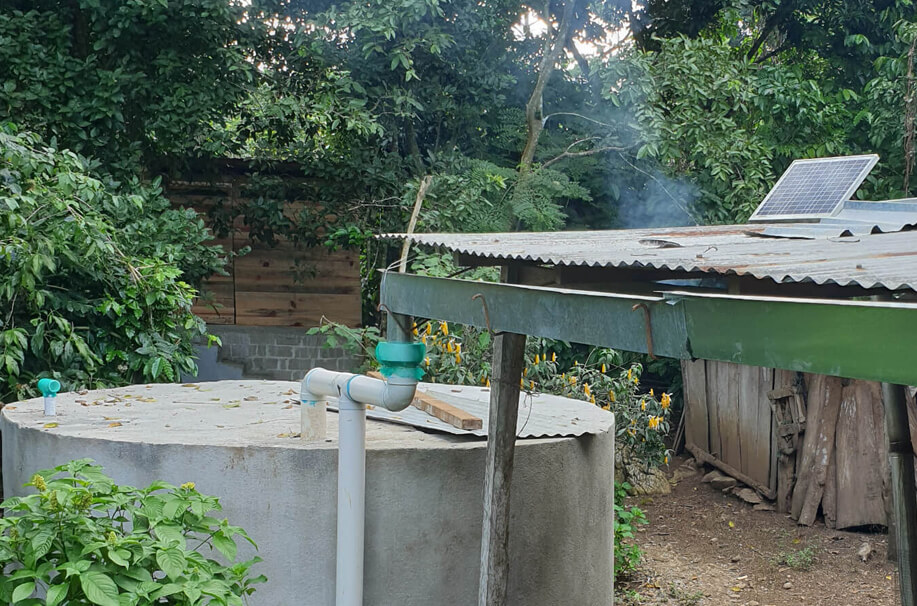 A project for providing access to energy in refugee camps in Shire (Ethiopia) was launched, in partnership with AECID, the Technical University of Madrid, other Spanish companies and the collaboration of UNHCR, in which acciona.org analysed the feasibility of generating biogas for cooking. This initiative continues with the “Alianza Shire. Access to energy for refugees and host communities” project, cofunded by the European Union, in which acciona.org develops the off-grid component with access to electricity through solar home systems and promotion of micro businesses to give related services. 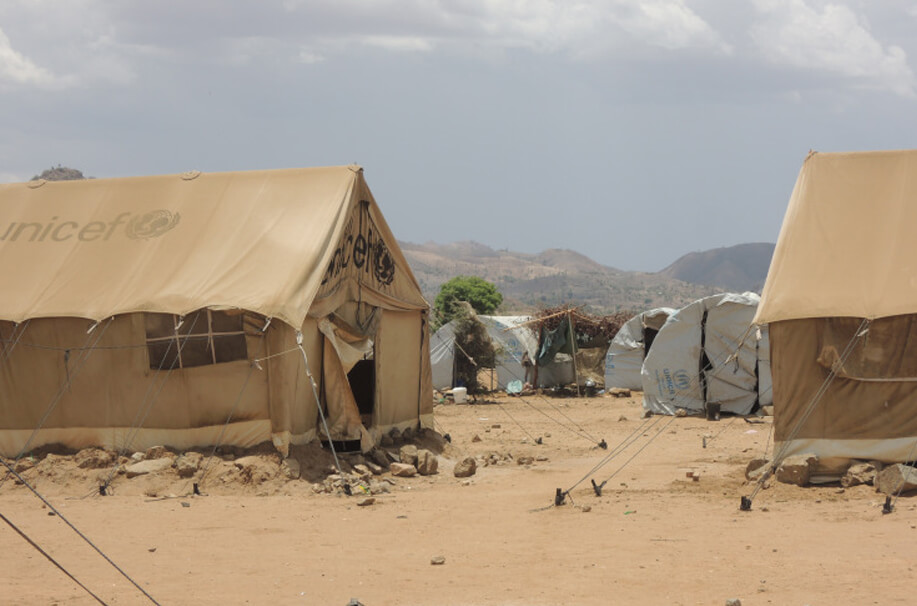 Luz en Casa is adapted to the Ngäbe-Buglé indigenous region, which has the lowest rate of development in Panama. The Luz en Casa Ngäbe-Buglé programme –implemented in public-private partnership for development with AECID– implies an intense work with national, regional, local and indigenous authorities, as well as being coordinated with the Rural Electrification Bureau in the country. All these with the aim of providing the most remote and underserved households with access to the electricity basic service, which alleviates their condition of poverty through economic savings and time for productive, educative, domestic or recreational activities. 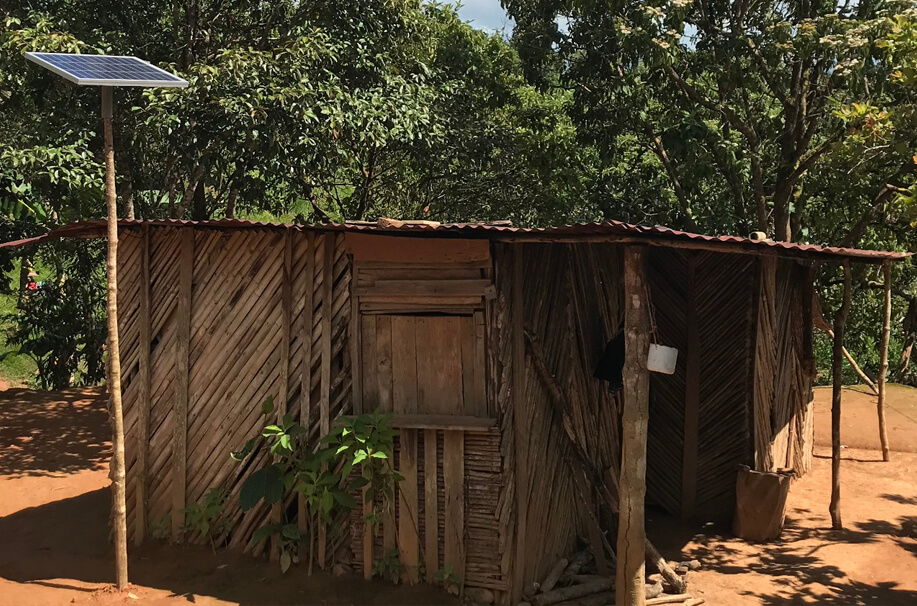 The foundation’s first Chilean initiative will be developed in the country’s Coquimbo region, where currently almost 3,000 homes have no connection to the electricity grid.

This pilot project consists of providing electricity to 50 households that depend on gasoline-powered generators as a source of energy, which provide them with a maximum of 3-5 hours of electricity per day, at a monthly cost that can amount to almost half of their income. acciona.org will replace these fossil fuel engines with safer, more efficient and environmentally sustainable home photovoltaic systems.

acciona.org will install a photovoltaic solar plant designed for collective self-consumption in San Juan del Puerto (Huelva, Spain). The project, created to help combat energy poverty and reduce the local carbon footprint, has been approved by the municipality’s council and is expected to be operational during the first half of 2022.

acciona.org will contribute up to 50% of the electricity produced towards helping 50 families living in energy poverty to reduce their electricity bills. The rest of the energy generated by the plant will be used to supply local council buildings.

acciona.org begins its work in the Philippines with the "Lights at Home El Nido" project, which consists of the installation of residential photovoltaic systems in 100 homes in the town of El Nido, in the province of Palawan.

These systems will provide more than eight hours of renewable electricity a day to families who until now had no hope of connecting their homes to the conventional electric grid. Furthermore, this will also give them access to other essential services such as charging cell phones or computers and using electronic devices.

acciona.org to supply electricity to 100 families in the Philippines for the first time

The third phase of acciona.org’s Luz en Casa Amazonía Project, which benefits 7,400 people in Per...