The ACCIONA | SAINZ XE Team and the Extreme E racing competition are back this weekend (October 23-24), this time in Sardinia, at the Enel X Island X Prix. The ACCIONA team has its sights set on earning more points in the fourth round of Extreme E, the sustainable motorsport championship that raises awareness of the threats of climate change in various ecosystems around the world.

This time around, the race will take place in Capo Teulada, on the southern coasts of Sardinia, with the aim of exposing how global warming is provoking intense heat waves, droughts and massive fires in the area. This weekend, Extreme E has chosen a location that best represents the impact of rapidly increasing temperatures: the Mediterranean coast.

According to the European Forest Fire Information System (EFFIS), 329,797 hectares of land were burned in fires in Europe last summer, double the 2020 record. Spain, Italy, Greece and Turkey were the most affected nations.

The race will take place in Sardinia instead of the Brazilian Amazon region, as was originally planned, due to the impact of Covid-19.

The ACCIONA | SAINZ XE Team will be starting from fifth place in the overall standings, with a total of 61 points. The team is enthusiastic as it heads into the final stage of the competition, after finishing third in the Arctic X Prix in Greenland and clinching its first podium of the series.

The ACCIONA | SAINZ XE Team's journey through Extreme E began with a strong debut in Saudi Arabia, where it just missed out on the final; then mechanical problems in Senegal put a damper on the team’s progress. The team then recovered with a third-place finish in Greenland. After Sardinia, the competition will come to an end at the Jurassic X Prix in Dorset (UK).

Carlos Sainz and Laia Sanz will once again lead the ACCIONA | SAINZ XE Team on their quest to climb more positions and make it to the top of the table. The drivers will compete at the wheel of the Odyssey 21, the competition’s official 100% electric off-road vehicle, which proves the competitiveness of sustainable mobility in the most demanding environments on the planet.

ACCIONA’s entry into top-level motor racing is aligned with the group’s commitment to the fight against climate change and the need to accelerate the transition to a low-carbon economy through sport.

This first Extreme E edition promotes both sustainable development and the fight against climate emergency, as well as gender equality, a first for motorsports. These values are all key priorities in ACCIONA’s social commitments.

As with all Extreme E’s races, the Enel X Island X Prix will bring forth a series of environmental initiatives to contribute to the recovery of the local ecosystem. Sardinia’s Legacy Program will support the efforts of two local NGOs in the restoration of the forests of the Oristan area, harshly impacted by major fires, and of the Posidonia oceanica meadow, one of the great CO2 'storage' spots along the Mediterranean.

CHAMPIONS AT THE WHEEL

Carlos Sainz, ACCIONA | SAINZ XE Team driver and partner, has won the World Rally Championship twice, in 1990 and 1992. He also has three Dakar titles, and has been recognized with the 2020 Princess of Asturias Award for Sports. Laia Sanz, who has been Trial World Champion thirteen times and Enduro World Champion five times. She has finished all editions of the Dakar between 2011 and 2021, winning the women's motorcycle category. Her participation in Extreme E will be the first time she switches motorcycles to four-wheel vehicles.

ACCIONA, back in 2017, led the first team to complete the Dakar Rally with a 100% electric vehicle and is now once again seeking to prove the reliability of electric mobility and the competitiveness of renewable energy on some of the toughest terrains on the planet. 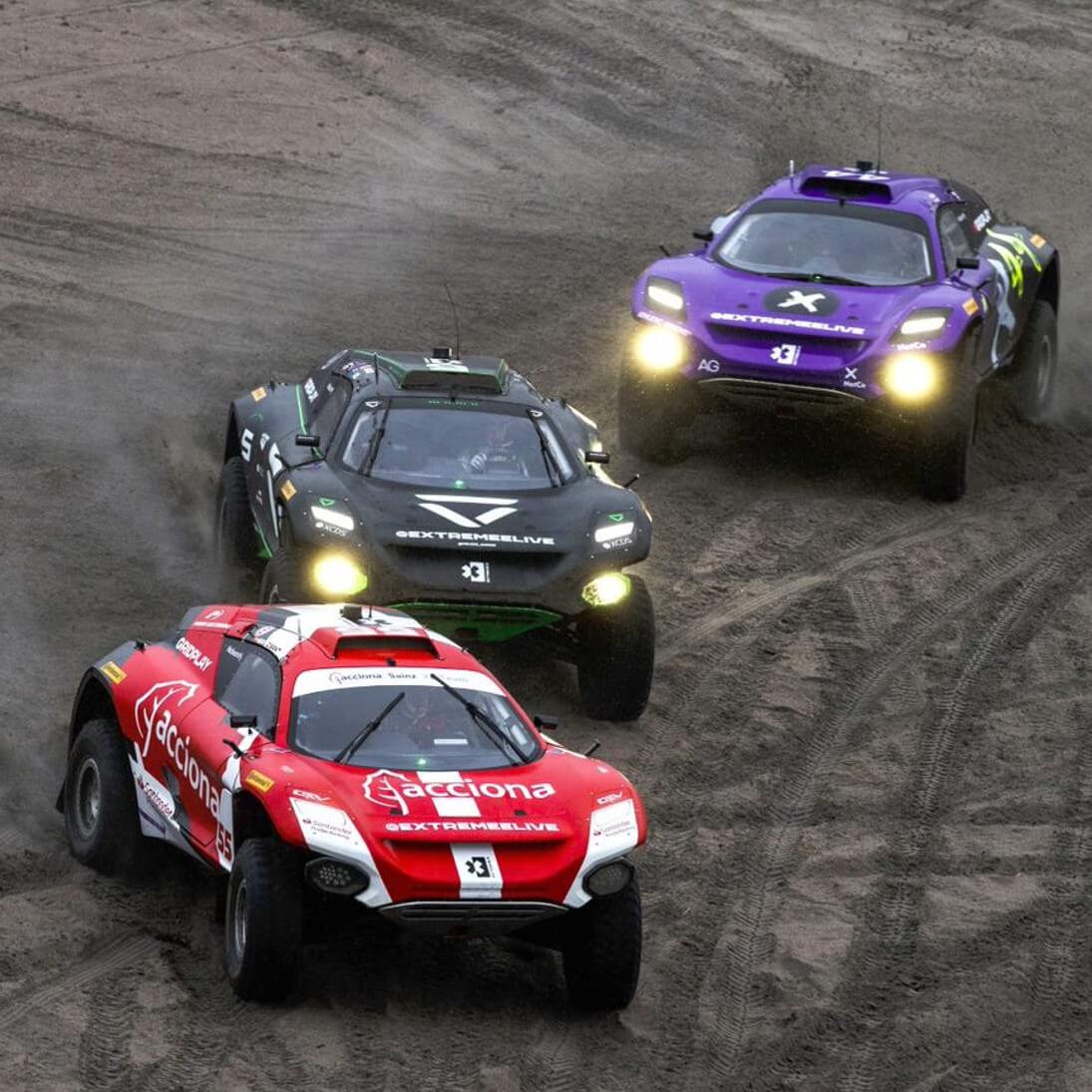 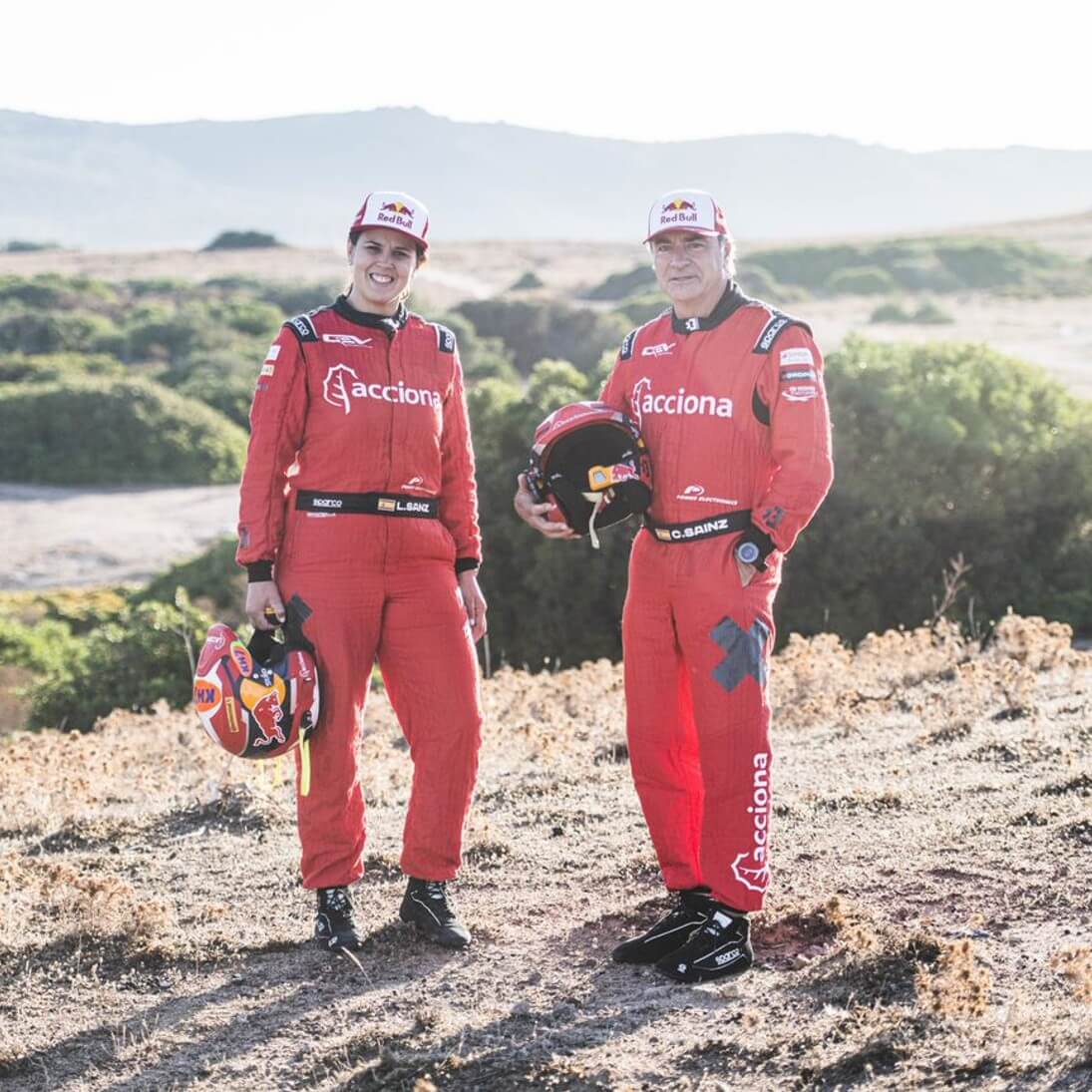 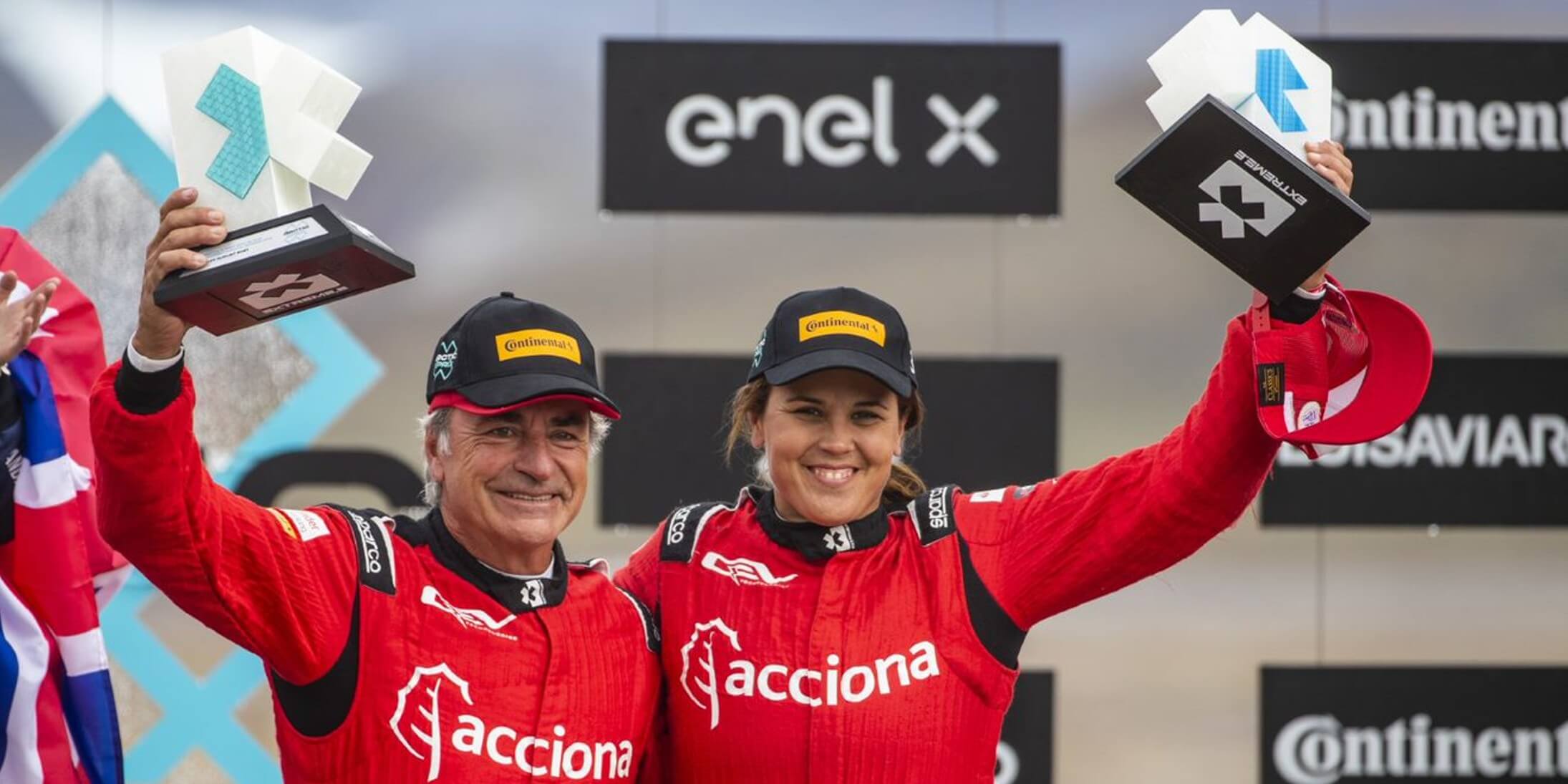