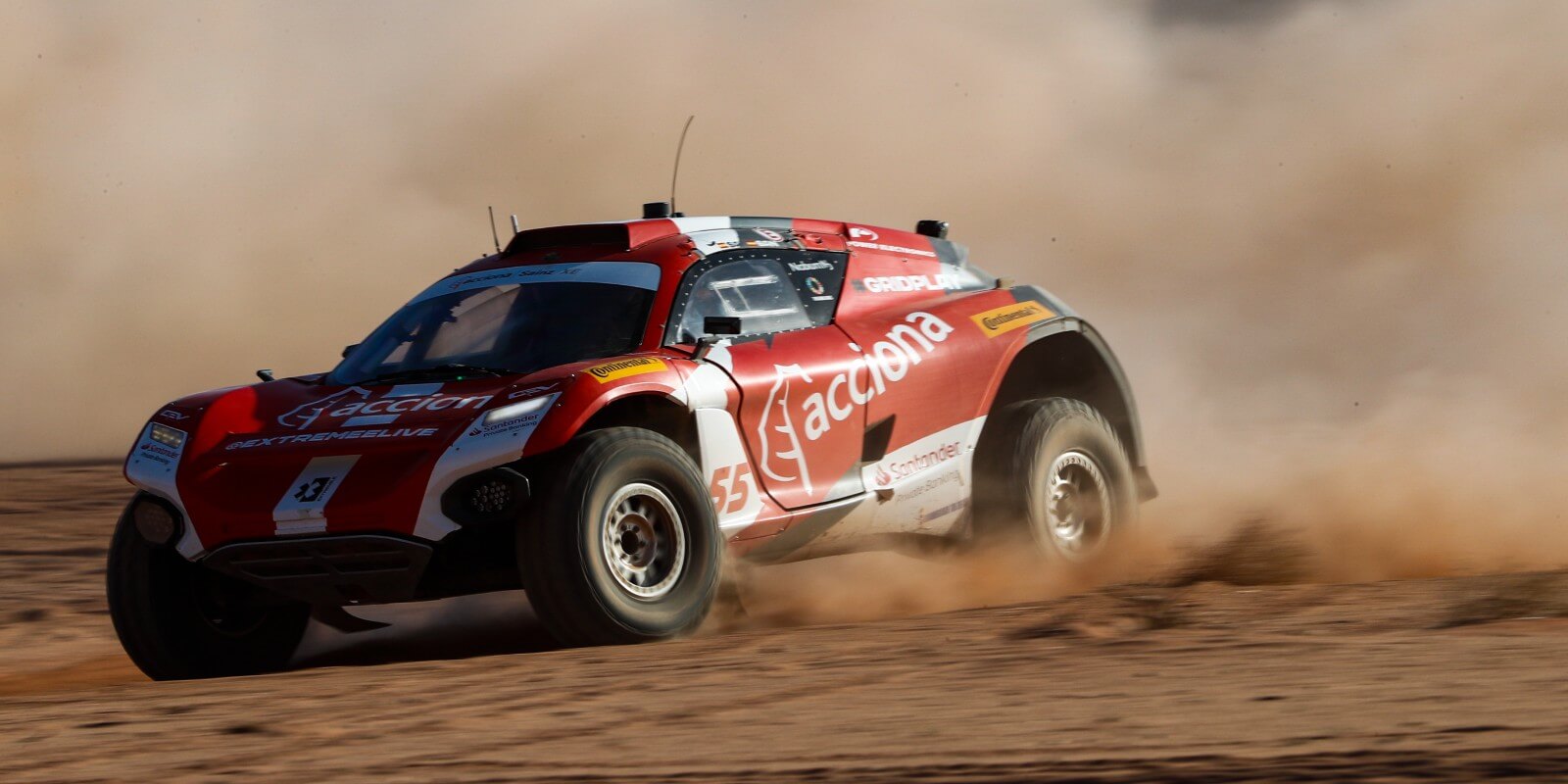 The ACCIONA | SAINZ XE Team will return next weekend (February 19th–20th) to Saudi Arabia’s desert for the start of the second season of Extreme E. The world's first sustainable off-road motor racing championship will inaugurate its new edition in the vicinity of Neom, the world's first 100% technological and emission-free urban development, which will run on desalinated water as well as solar and wind power.

The ACCIONA | SAINZ XE Team is committed to the continuity of the project and will once again have Carlos Sainz and Laia Sanz behind the wheel of their Odyssey21, the championship’s 100% electric SUV. The drivers will compete against nine other teams, made up of some of the biggest figures in the motorsport world.

Following the experience it gained last year, ACCIONA's team aims to fight for the trophy in the five rounds of the championship, which is designed to give visibility to the impact of climate change, as well as to raise awareness of the need to tackle it and accelerate the transition to a low-carbon economy.

ACCIONA, which already led the first team capable of completing the Dakar Rally with an 100% electric vehicle in 2017, consolidates its commitment to a new system of motor racing that demonstrates the reliability of electric mobility and the competitiveness of renewable energy in one of the most demanding races on the planet.

The company thus reinforces its social commitment to sustainable development, gender equality and the fight against climate change through mass sport events.

The Desert X Prix seeks to give visibility to some of the adverse effects of climate change on the planet's desert ecosystems. Neom will show motorsport spectators the loss of biodiversity and the gradual desertification of one of the most water-scarce regions in the world.

With a population of 35.34 million, Saudi Arabia is the third most water-consuming country in the world. As part of its Vision 2030 program, the Saudi government aims to reduce its water consumption by 43% by the end of the decade.

ACCIONA is contributing to this goal by building six reverse osmosis desalination plants in the country, using the most efficient technology with the lowest carbon footprint. ACCIONA is applying this technology to what will be the world's largest desalination plant, Al Khobar 2, located in the city of Dhahran.

In addition to its commitment to highlighting the effects of climate change in the most vulnerable areas of the planet, Extreme E collaborates with organizations that protect the environment in the sites where the races take place.

In 2022, Extreme E has focused on the reforestation of the Neom area, which has suffered a severe loss of forest cover due to global warming’s impact, according to studies. The region plans to plant ten million trees over the next twenty years. The championship thus continues to support research and education on the effects of climate change in different parts of the world.

The drivers have also learned about ongoing efforts to recover species native to the region, such as lizards.