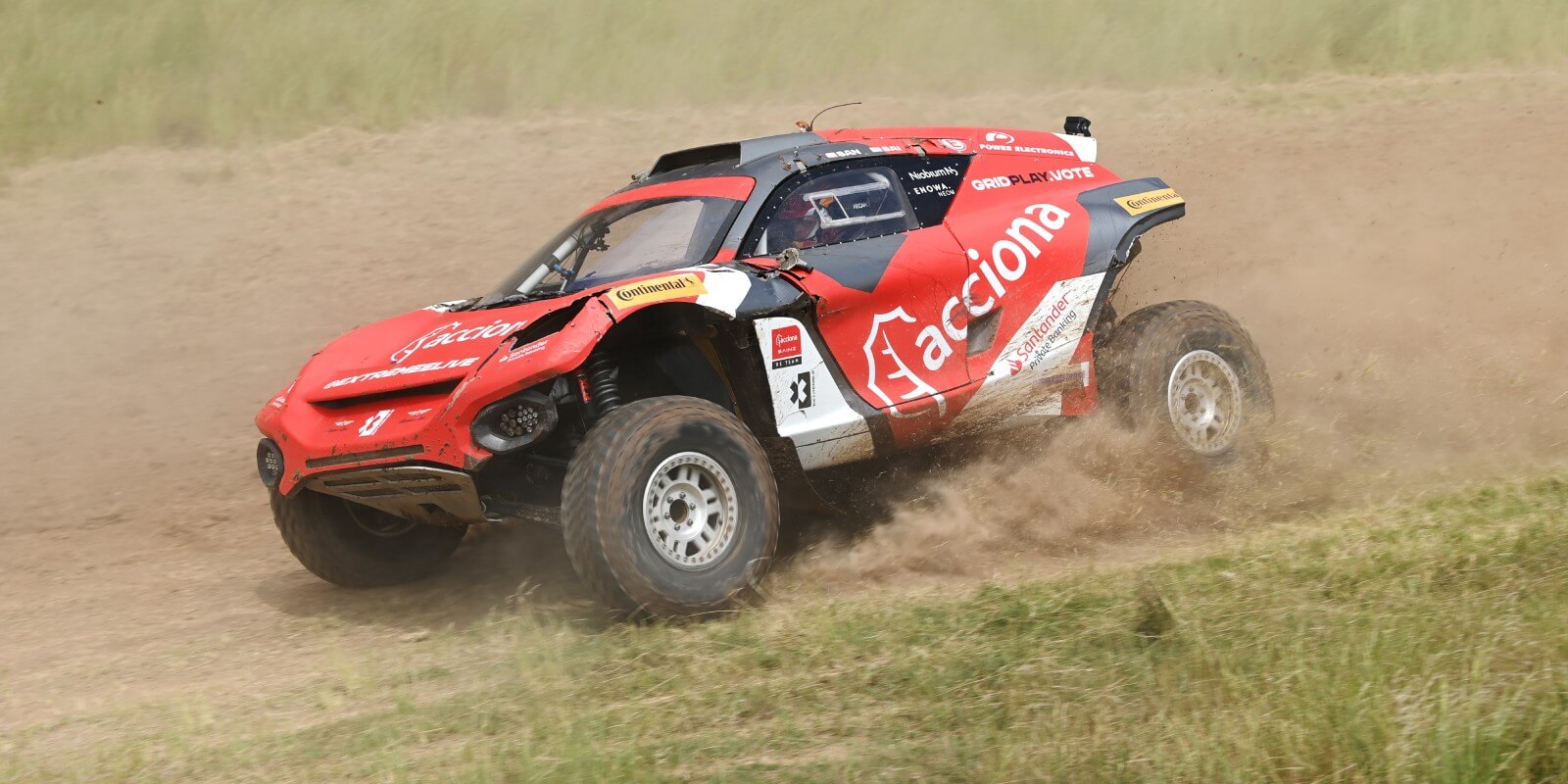 The ACCIONA | SAINZ XE Team finished the 2022 Extreme E season in the third place of the Teams’ Championship after the season finale, Uruguay’s Energy X-Prix. Laia Sanz and Carlos Sainz were third in the Drivers’ standings, confirming the massive step forward that the team has made this season.

The ASXE Team had title hopes for today, but its ambitions were cut short earlier than expected given that it finished third in the second semi-final. Therefore, the team was not able to qualify for the Final, which was what they needed in order to stay in the fight for the Championship.

The semi-final was heavily compromised by a spectacular crash in the first lap of the race, when Laia Sanz rolled over twice while fighting another car for second place. She did not only land on her feet, but she managed to carry on and make it to the switch zone to lend the car to Carlos Sainz, who also did all he could.

ACCIONA | SAINZ XE Team therefore finishes third in the Teams’ and Drivers’ Championships, which is a solid step forward compared to 2021. The team establishes itself as one of the major forces in the series.

The second place in Saudi Arabia and Chile were the highlights of the season, just as a heavy crash in Sardinia when the team was fighting for the win, a crash that compromised the second round in the calendar and therefore had a direct impact on the Championship.

This foray into top-level motor racing has enabled ACCIONA to promote social commitment to the fight against climate change and the need to accelerate the transition to a low-carbon economy through spectator sport.

The second edition of Extreme has confirmed a paradigm shift in motor racing with three objectives: raising awareness of the impact of global warming on the planet, promoting egalitarian sporting competition frameworks, and boosting sustainable mobility.

The race has once again served as a loudspeaker to bring spectators closer to the direct consequences of the effect of climate change on four highly threatened ecosystems.

The first X Prix was run in Neom, Saudi Arabia, characterized by arid terrain, an example of desertification and drought. It was followed by the double event in Sardinia, Italy, which showed an environment affected by drought and the constant risk of forest fires. The need for responsible use of the mineral resources took center stage with the Copper X Prix of Antofagasta, Chile.

The competition also promoted gender equality. The teams were made up of 50/50 female and male drivers, with the same number of kilometers driven by each team member.

The ten teams used the Odyssey 21, the official 100% electric off-road off-road vehicle, whose batteries are powered by green hydrogen systems.

The Extreme E organization has already announced its schedule for the third season. The teams will return to action on March 11-12 with a new round in Saudi Arabia.