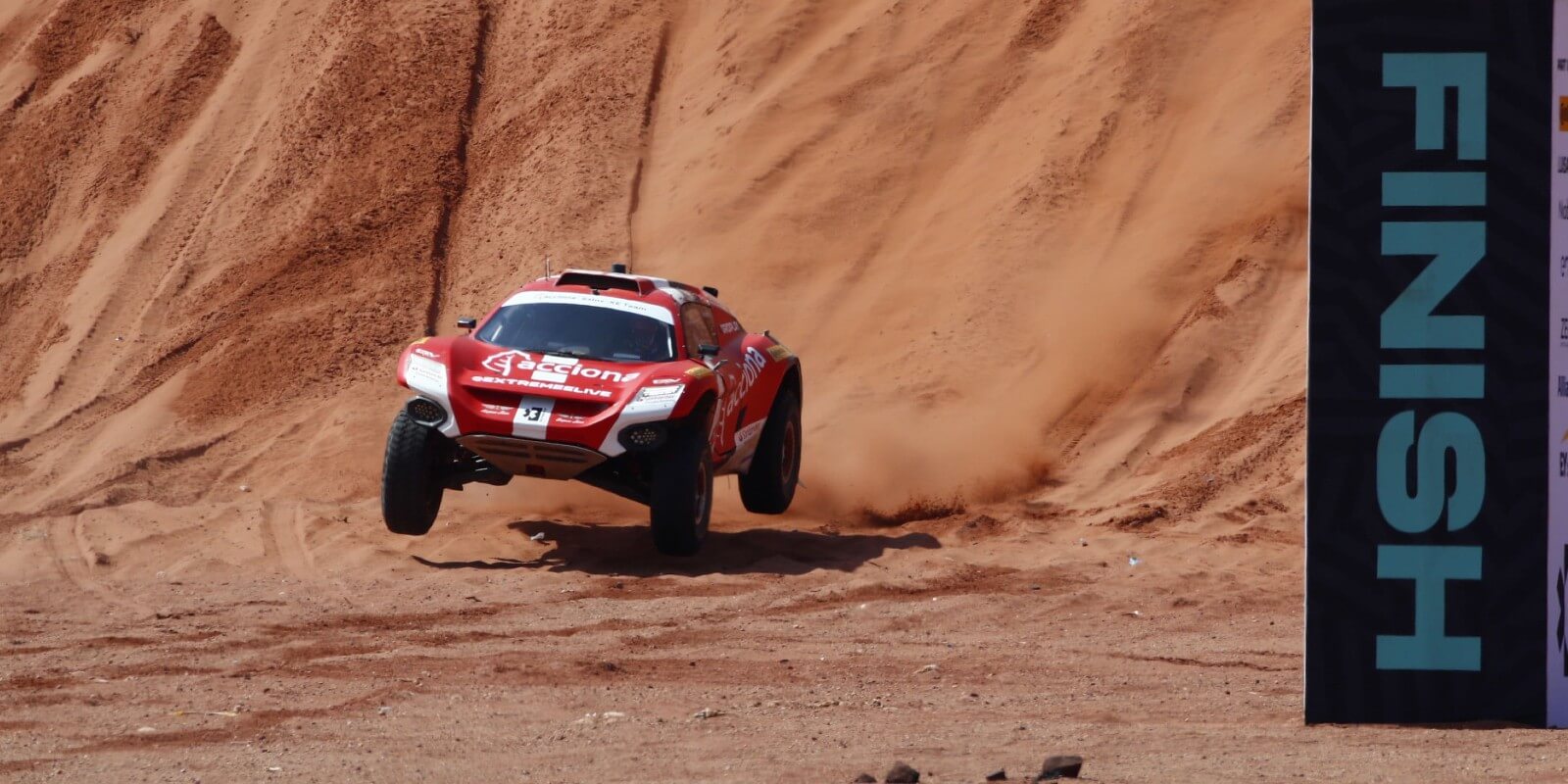 The ACCIONA | SAINZ XE Team will return to Sardinia this week for the second and third races of this Extreme E season. The ten teams in the championship will take on the island's arid conditions, at high temperatures aggravated by climate change, with their off-road SUVs.

Carlos Sainz and Laia Sanz will be back behind the wheel of their Odyssey21, the championship’s official 100% electric SUV, in the two Island X Prix races, in which they will seek to position themselves among the candidates for the final title. The ACCIONA | SAINZ XE Team will try to maintain its competitive level after coming second in the season’s inaugural race in Neom (Saudi Arabia).

After the Sardinia races, the Extreme E teams will head to Latin America for the remaining two races in Antofagasta (Chile) and Punta del Este (Uruguay). Each of the championship’s races is designed to give visibility to climate change’s impact on endangered ecosystems, as well as to raise awareness of the need to combat it and accelerate the transition to a low-carbon economy.

With its participation, ACCIONA consolidates its commitment to electric mobility, proving its reliability and competitiveness in one of the most demanding motorsport competitions on the planet. The company thus reinforces its social commitment to sustainable development, gender equality and the fight against climate change through mass sport events.

The Island X Prix will draw attention to the effects of global warming in areas particularly affected by rising temperatures and the resulting risk of wildfires.

In July 2021 alone, Italy broke its historical wildfire record with 13,000 outbreaks that burned down a total of 20,000 hectares.

The burned land will take more than 15 years to recover while increasingly long droughts, due to climate change’s direct impact, will worsen this damage.

In an attempt to counter such effects, ACCIONA is carrying out part of its work in Italy. Precisely in Sardinia, the company has five drinking water and wastewater treatment projects that enable a more sustainable management of the water cycle.

As in every race, Extreme E will collaborate with organizations that protect the environment in the championship’s sites. On this occasion, it will resume the green and blue carbon projects that it launched together with the MEDSEA Foundation in its first season.

The drivers will visit the olive groves they planted last year in Sennariolo, one of the areas affected by the 2021 wildfires, and will carry out prevention campaigns in local communities.

In addition, they will participate in a project to conserve and replenish seagrasses, capable of producing 100,000 liters of oxygen per hectare while sequestering 30% more carbon than tropical forests. They are one of the ecosystems most damaged by climate change.

The ACCIONA | SAINZ XE Team has completely revamped its image for the Sardinia double-header.  The team will arrive on the Mediterranean island with a new livery for its Odyssey 21 car, with ACCIONA's characteristic red color standing out.

The team's logo and the racing suits worn by drivers Carlos Sainz and Laia Sanz also had a makeover.