ACCIONA Energía now covers all the electricity consumption of Google’s installations in Chile under a long-term supply contract signed by the two companies, with energy generated in its El Romero Solar photovoltaic solar plant. This helps the company to achieve Google’s objective of supplying all its operations worldwide with 100% renewable energy by 2017.

ACCIONA’s supplies to Google in Chile will continue until 2030, with an option for a five-year extension at the client’s discretion. The contract covers the supply of up to 80 MW of electric power per annum through Chile’s main power grid, the Central Interconnected System (SIC), to which the photovoltaic plant and Google’s data center in Quilicura are both connected. It is one of the 13 Google’s data centers worldwide and the only one located in the Southern hemisphere.

“We are proud to supply renewable energy to such an important customer as Google, a company strongly committed to renewables. And to do it from this plant, the biggest photovoltaic installation in Latin America and a key reference within the sector”, says ACCIONA Energía Chile CEO José Ignacio Escobar.

Florencia Bianco, Google Corporate Communications Manager for Latin America, points out that “in 2017 Google will achieve the objective of supplying its global operations with 100% renewable energy. El Romero is a very important element in achieving this objective”.

The start of supplies to Google visualizes one of ACCIONA Energía’s strategic lines of business, i.e. working with major corporate clients that wish to reduce their carbon footprint through the supply of 100% renewable energy.

El Romero Solar is located in Vallenar in the Atacama Desert (around 645 kilometers north of Santiago), one of the areas of the world with the highest solar radiation. It gradually entered service towards the end of 2016 and is now in commercial operation after a record-breaking 13 months’ construction period.

With a maximum capacity of 246 MWp (196 MW rated power), the plant consists of 776,000 photovoltaic modules with a solar capture area of more than 1.5 million m2 (equivalent to 211 soccer pitches).

The biggest photovoltaic plant built, owned and operated by ACCIONA to date represented an investment of around 343 million US dollars (314 million euros at current exchange rates). Its average annual production is estimated at 493 GWh, equivalent to the electricity demand of 240,000 Chilean homes, and avoiding the emission of around 475,000 metric tons of CO2 to the atmosphere from conventional coal-fired power stations.

El Romero Solar is the second asset owned by ACCIONA Energía in Chile after the Punta Palmeras wind farm (45 MW) located in the region of Coquimbo, which entered service in October 2014. The company, awarded a total of 1,116 GWh in the last two electric power auctions in Chile, now has 270 MW in wind power projects to be built in the near future and a strong portfolio of wind power and photovoltaic projects under development.

As a group, ACCIONA has been present in Chile since 1993, initially through its Infrastructure division with major construction projects for highways, hospitals, hydroelectric plants and infrastructures for the mining sector. In the Water sector, ACCIONA has designed, built and operated a major desalination plant for the mining industry in Copiapó and has also constructed a number of wastewater treatment plants. 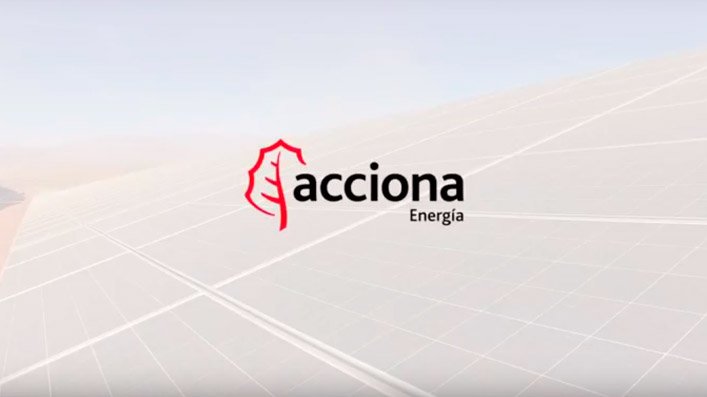