ACCIONA has introduced a selective feeding system that provides an additional (and secure) source of food for species such as the red kite. 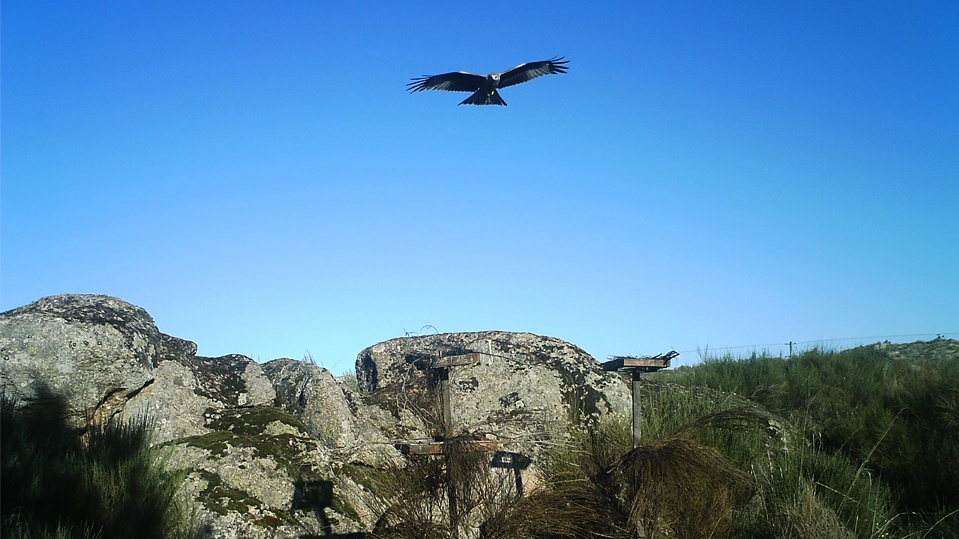 ACCIONA has created, together with the Regional Government of Extremadura (south-west Spain), a “Regional Network for the Protection of Threatened Species”, a program aimed at promoting the conservation and recuperation of the red kite and other protected species. To do this, a series of feeding places have been created in the Monfragüe National Park (Trujillo, Cáceres) and Roca de la Sierra (Badajoz). A selective feeding system has been implemented that gives priority to the most threatened species.

The project, which began its introduction in the field in early 2013, required the development of a selective feeding system that gives priority to threatened scavenging birds of prey such as the red kite, black vulture and Egyptian vulture over others that are more abundant such as the griffon vulture, which tends to feed off carrion in garbage dumps.The main aim of the program is the recovery of the red kite, whose population has fallen between 40-50% in just one decade as a result of the degradation of its habitats, the use of poison, pesticides and changes in land use, among other threats. This has led to its inclusion in the 'species threatened with extinction' category of the Spanish Catalogue of Threatened Species.

ACCIONA  combines two innovative systems to provide food to the species targeted by the project. One consists of a fence around a series of feeding places on plots ranging from 5,000 to 10,000 square meters in size. This is done by placing two-meter-high metal fences that have been specially designed to make it difficult for carnivores and scavengers to enter. The food is strategically placed once a week so it is only accessible to the species the project aims to help. The second method is the construction of elevated platforms where food is also placed. These are accessible to the red kite but are too unstable, for example, for the griffon vulture, which does not come under the program.

The results so far are very satisfactory, because the targeted species are being regularly observed at the feeding places, in particular the red kite during its hibernation period, and the black kite, black vulture and Egyptian vulture during their breeding season.

ACCIONA’s initiative has been documented in the Ten-Tear Review of the Monfragüe Biosphere Reserve (RBM) and in UNESCO's Man and the Biosphere (MAB) program in the report on the Main Conservation Programs carried out in Monfragüe,highlighting its innovative nature.

The Monfragüe National Park, which covers 18,396 hectares, was the first protected area in Extremadura. Since July 2013 it holds the status of Biosphere Reserve and was declared a National Park in March 2007. It is one of the most important areas in the world for certain species of birds from mountain and Mediterranean scrubland areas. For example, it is home to the biggest colony of black vultures in the world. Furthermore, a large number of red kites hibernate in the meadowlands around Trujillo and Roca de la Sierra, where feeding places have also been located.

The project, which is part of ACCIONA’s policy within its Biodiversity Compensation and Improvement Program, comes under the company’s Sustainability Master Plan 2015. It has previously carried out other initiatives to protect birds of prey, such as the installation of nesting huts on its sites, a measure that has led to the birth of around one hundred chicks of targeted bird species.