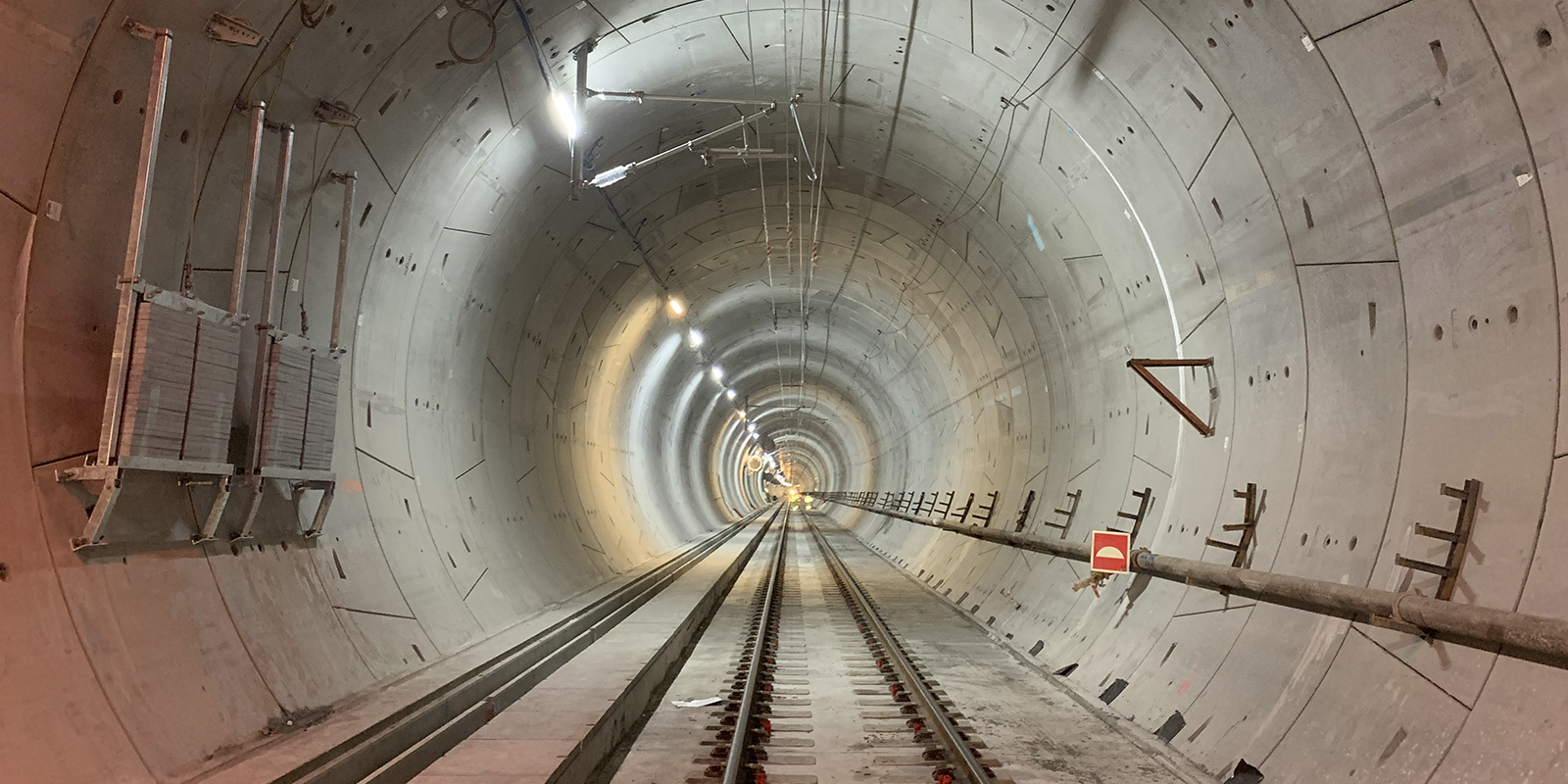 The joint venture ACCIONA Ghella (AGJV) is now handing over the longest railway tunnel in the Nordics to this date, the Blix tunnel, to Bane NOR. The tunnel compounds 20 km of the Follo Line and is the first long Norwegian railway tunnel with two separate tunnel tubes. The tunnel will provide a better train service and halve the travel time between Oslo and Ski.

The Blix tunnel, which will be an essential link in the InterCity development southeast of Oslo, has been designed and built by ACCIONA and Ghella on behalf of Bane NOR. The takeover marks the end of the work, which has been going on for seven years. According to the plan, the tunnel will open to traffic as early as December 2022.

Cuts travel time in half.

With double tracks and a top speed of 250 km/h, the train capacity between Oslo and Ski will double. It will also reduce the travel time between Ski and Oslo from 22 to 11 minutes.

- We are proud to have contributed to making everyday life easier and more efficient for the many passengers who travel daily between Ski and Oslo. This transport project will make it even easier and faster to travel by public transport, which will bring significant benefits to society, says Juan Medina, Project Director in ACCIONA

- The project has functioned as a technology lab and is a demonstration of how we run projects. Our projects must create as much positive ripple effect and value locally as possible. That is why we are keen to share our knowledge, experience and expertise with other players involved in our projects. We have succeeded in that at the Follo Line, says Juan Medina.

The Follo Line was the first tunnel project in Norway to be operated using four large, double-shield hard rock tunnel boring machines (TBM’s). The TBM’s have made it possible to build two separate tunnel tubes excavating from 4 separate points- both of which have an excavation diameter of 9.9 meters and a length of 19.5 kilometres. The TBM’s were developed for this specific project in collaboration between ACCIONA and Ghella.

- The Blix tunnel represents significant technological progress. With the help of advanced monitoring and control systems, we have had a continuous and precise overview of the project’s progress and made the necessary adaptations and solutions along the way. It has given us good control and ensured good progress in the project, concludes Juan Medina.