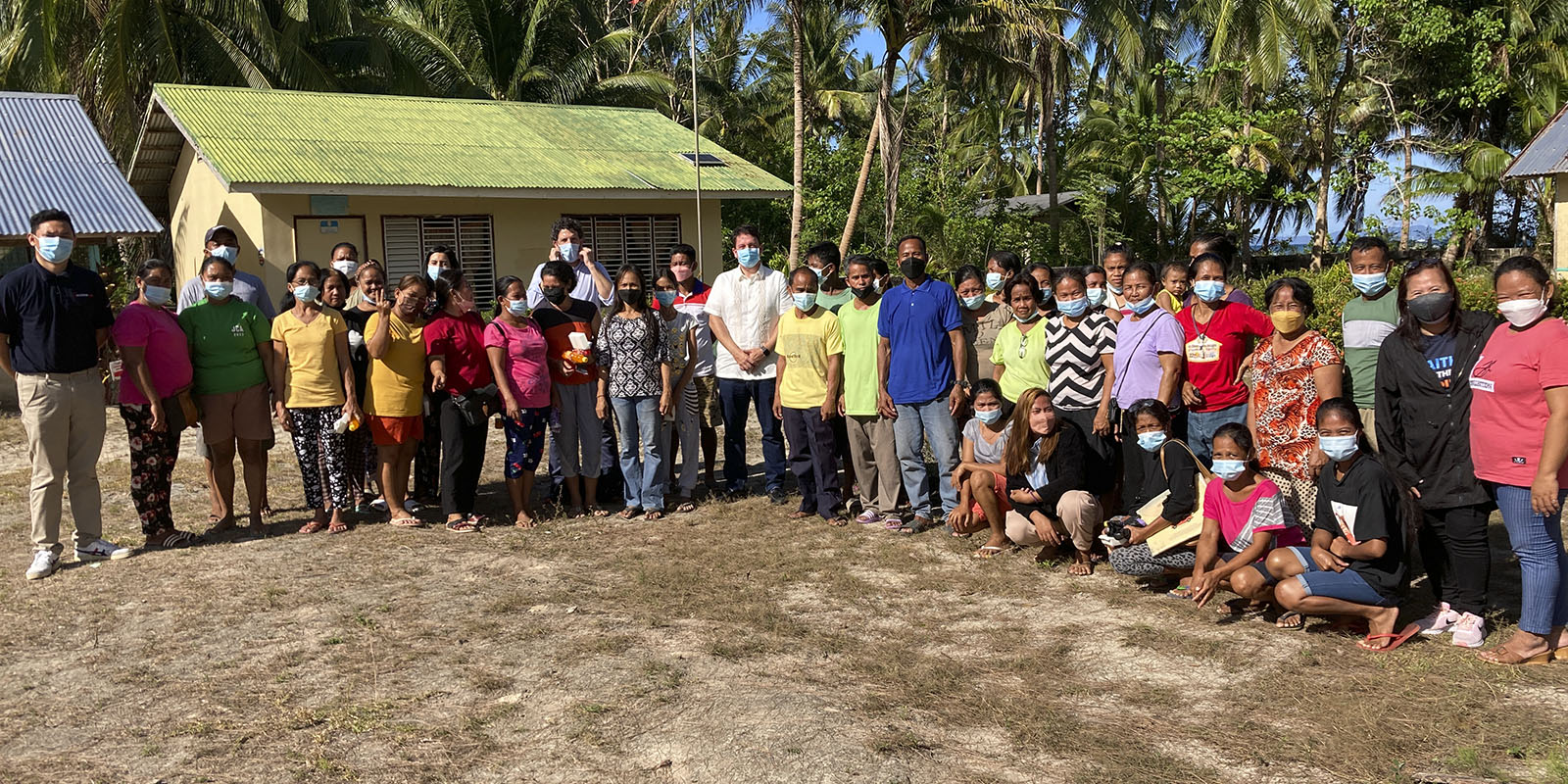 Luz en Casa El Nido, the first project by acciona.org (the ACCIONA group’s corporate foundation) in the Philippines, continues to be rolled out in Sibaltan Barangay in El Nido, a municipality in Palawan province.

A series of meetings were recently held with local administrations, community leaders and potential beneficiary communities attended by Rubén Camba, ACCIONA country director in the Philippines, José Gabriel Martín, managing director for the acciona.org Foundation, and Roger Cabiles, manager for the Foundation in the Philippines, who joined the project team for a few days to learn more about the implementation area.

Luz en Casa is based on a participative and voluntary process that involves constant dialogue between all of the stakeholders, such as authorities at different levels, distribution companies, civil society organisations working in the area, community and traditional representatives, as well as the communities themselves. This provides acciona.org with technical and social information that makes it easier to identify target populations and to present the foundation’s proposal, providing information about the benefits, rights and obligations involved, so that they can join the programme if they choose.

The Luz en Casa proposal consists of offering an electric supply using third-generation domestic photovoltaic systems in exchange for affordable payments, which are less than any prior expenditure on alternative power sources such as fuel for generators, batteries, candles, etc. These systems provide more than eight hours per day of electrical lighting and mobile phone charging and a few hours operation of compatible electrical devices such as a TV, a radio or small domestic appliances.

Having guaranteed access to a basic electricity service, such as the one provided by Luz en Casa, generates positive economic, social and environmental benefits that encourage sustainable development. This guaranteed service is particularly important in rural communities in the Philippines such as those in Palawan province, which suffer power outages due to bad weather, or are not even covered by electrification plans due to the complexity of delivering the service. Luz en Casa offers a solution to this problem.

acciona.org has been working with Luz en Casa El Nido in collaboration with the Ayala Foundation, which has been promoting education, sustainable livelihood, and love of country in the Philippines since 1961 and has extensive experience working with rural communities in El Nido.

ACCIONA’s foundation has been working since 2008 in countries such as Peru, Mexico, Panama, Chile, Ethiopia and Spain, benefiting more than 68,000 people, mainly in rural areas, providing them with access to basic energy, water and sanitation services.

Through its work, these communities receive benefits such as increases in their productive, educational and domestic activities, water and energy savings, and health improvements thanks to lower levels of air and water pollution.

acciona.org also promotes equal participation between men and women in community management and supports local entrepreneurship to deliver related services in the places where it operates.