Norway’s Prime Minister, Erna Solberg, has christened the first two Tunnel Boring Machines that ACCIONA, in a consortium with Italian firm Ghella, will use to construct the longest railway tunnel in Norway with the names “Queen Eufemia” and “Queen Ellisiv” as part of the Follo Line Project. She also oversaw the start-up of the first machine by the Minister of Transport and Communications, Ketil Solvik-Olsen.

The naming ceremony and start-up event marked the beginning of the excavation of what will be Scandinavia's longest railway tunnel in a 1 billion euros project and the first time that TBMs are used in Norway. In total, four 150-meter long TBMs will excavate an 18.5 km tunnel. The machines were all given female names, following a longstanding tunnelling tradition. The giant machines have been named after prominent women associated with communities along the new Follo Line route.

Deep inside the mountain

The naming ceremony took place inside a large mountain hall one kilometre from the tunnel entrance at Åsland, Oslo. These two machines will depart from Åsland and excavate their way towards Oslo.

Two other TBMs will begin boring towards the new public transport hub in Ski at a later date. They are named after the merchant, Anna from Kloppa, and the coach/ferrywoman, Magda Flåtestad. Each machine weighs about 2,400 tons and will dig roughly nine kilometres of tunnel for the new double-track railway line between Oslo and Ski.

A new phase in a megaproject

The ceremony was attended by staff and around 90 guests. Minister of Transport, Ketil Solvik-Olsen, pushed the start button on the first of the giant machines, the “Queen Eufemia”. Representatives from the municipalities along the Follo Line route were also present, together with the Italian and Spanish ambassadors to Norway, representatives from the Norwegian National Rail Administration and executives from the TBM-contractor, Acciona Ghella Joint Venture.

“We are very impressed with the work being done at Åsland since the contract was signed with Acciona Ghella in March 2015. Thanks to a magnificent effort by the main contractor and subcontractors, the project is right on track. We are now entering a new phase as the first TBM starts to bore. This is a very important milestone for the project and for the Norwegian National Rail Administration,” said Deputy Director General of Jernbaneverket, Gunnar G. Løvås.

“Now is when work really begins. We have been preparing to start TBM-tunnelling for a year and a half now, and I am proud to say we are are ahead of schedule. We have established a good working relationship with the Norwegian National Rail Administration and a strong international team that is working with Norwegian managers and suppliers” emphasised Project Manager Fernando Vara from Acciona Ghella Joint Venture.

These TBMs are specially designed and constructed to tunnel through hard Norwegian rock in the Ekeberg Hill. They were manufactured at the Herrenknecht factory in Germany, then transported to Norway in sections and reassembled in the mountain hall at Åsland.

The machines are expected to complete their work at the end of 2018. Subcontractors and suppliers from Norway and abroad are working at Åsland under contract with Acciona Ghella and our team represents a wide range of nationalities.

A special naming committee together with the National Rail Administration selected the names for the TBMs from courageous and enterprising women with ties to the area. The names for the two machines boring towards Oslo were chosen to represent women that have strong connections to Oslo and the Medieval Park, while the two TBMs that will tunnel toward Ski are named after two enterprising women who lived in the district of Follo, on the outskirts of Oslo.

Queen Eufemia: Machine No. 1 will bore from Åsland to Oslo

Eufemia was queen of Norway from 1299, married to King Håkon Magnusson. She married Håkon in St Mary's Church in Oslo. The ruins of St Mary's can be seen today in the Medieval Park. The new Follo Line will run through a covered superstructure (culvert) below part of the park.

Queen Ellisiv: Machine No. 2 will bore from Åsland to Oslo

Ellisiv, a Russian princess who married King Harald Hardrada, was queen from 1046. Harald forced his nephew, King Magnus, to divide the kingdom with him, and when Magnus died shortly after Harald become sole king over Norway and Denmark.

Anna from Kloppa: Machine No. 3 will bore from Åsland to Ski

Anna was a merchant and a well-known figure in the town of Kolbotn in the 1950s. She would walk to Kolbotn from her crofter farm in Kloppa every day to sell eggs and milk from a traditional fisherman's sled. The road from Kloppa to Kolbotn crosses the Follo Line corridor.

Magda Flåtestad: Machine No. 4 will bore from Åsland to Ski

Magda provided ferry transport to and from Flåtestad Farm and over the Gjersjøen Lake (in the Municipality of Oppegård), which was an important road east and west of Svartskog Church in Oppegård. A theatrical play about the life of Magda Flåtestad was first performed in the autumn of 2015 to mark Oppegård's centenary. 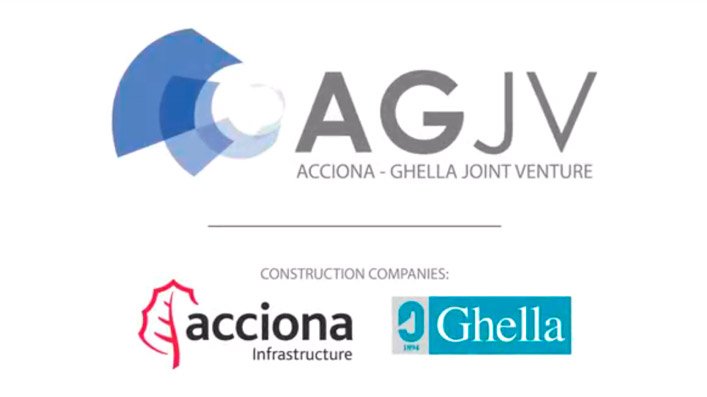