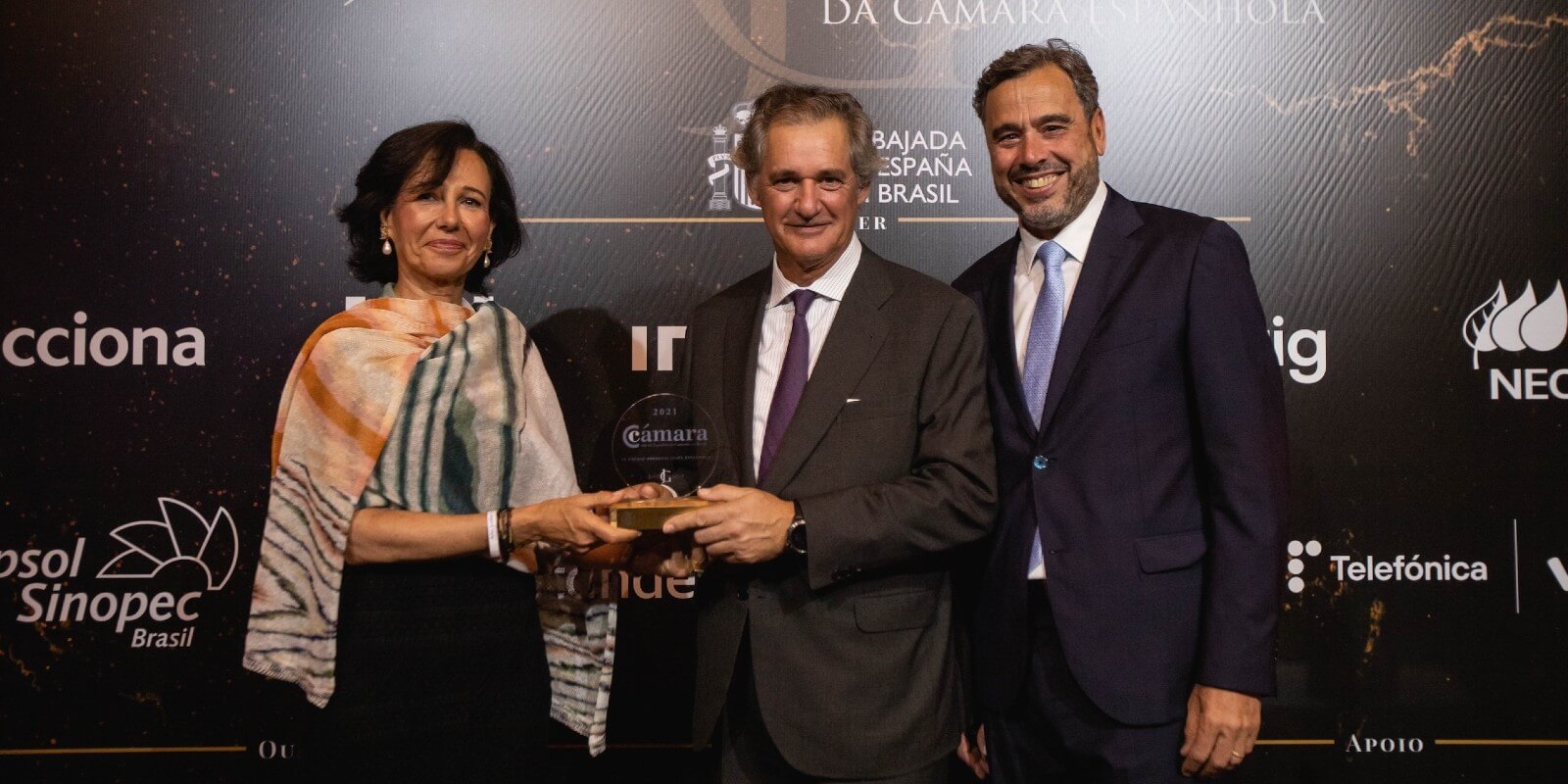 José Manuel Entrecanales, chairman & CEO of ACCIONA, was awarded "Spanish Personality of the Year" last night by Official Spanish Chamber of Commerce in Brazil, in recognition of his contribution to business relations between the two countries.

Sergio Rial, CEO of Banco Santander in Brazil, received the award for "Brazilian Personality of the Year" at the event.

José Manuel Entrecanales said in his acceptance speech that "this acknowledgement symbolizes the type of company we strive to be", in reference to ACCIONA's strategic approach that focuses on generating a "positive impact", both environmentally and socially, wherever it operates, including Brazil.

This year, ACCIONA is celebrating 25 years of operations in Brazil. Over the last quarter of a century, the group has delivered major Brazilian infrastructure projects including the Port of Açu’s Terminal 2 in the state of Rio de Janeiro, and the Santa Cruz do Capibaribe Sewer System, in Pernambuco.

ACCIONA is currently executing the construction of Line 6-Orange of the São Paulo metro network, the largest PPP project in Latin America. The scheme is being developed between the Government of São Paulo and Concessionária Linha Universidade, in which ACCIONA holds a controlling stake.

The new metro line will connect northern São Paulo to the downtown area, reducing the travel time to only 23 minutes, while it usually takes an hour and a half traveling by bus. The line includes 15 kilometers of track and 15 stations and is expected to transport over 633,000 passengers per day. Once completed, Line 6 will be operated by the Linha Uni consortium over a period of 19 years.