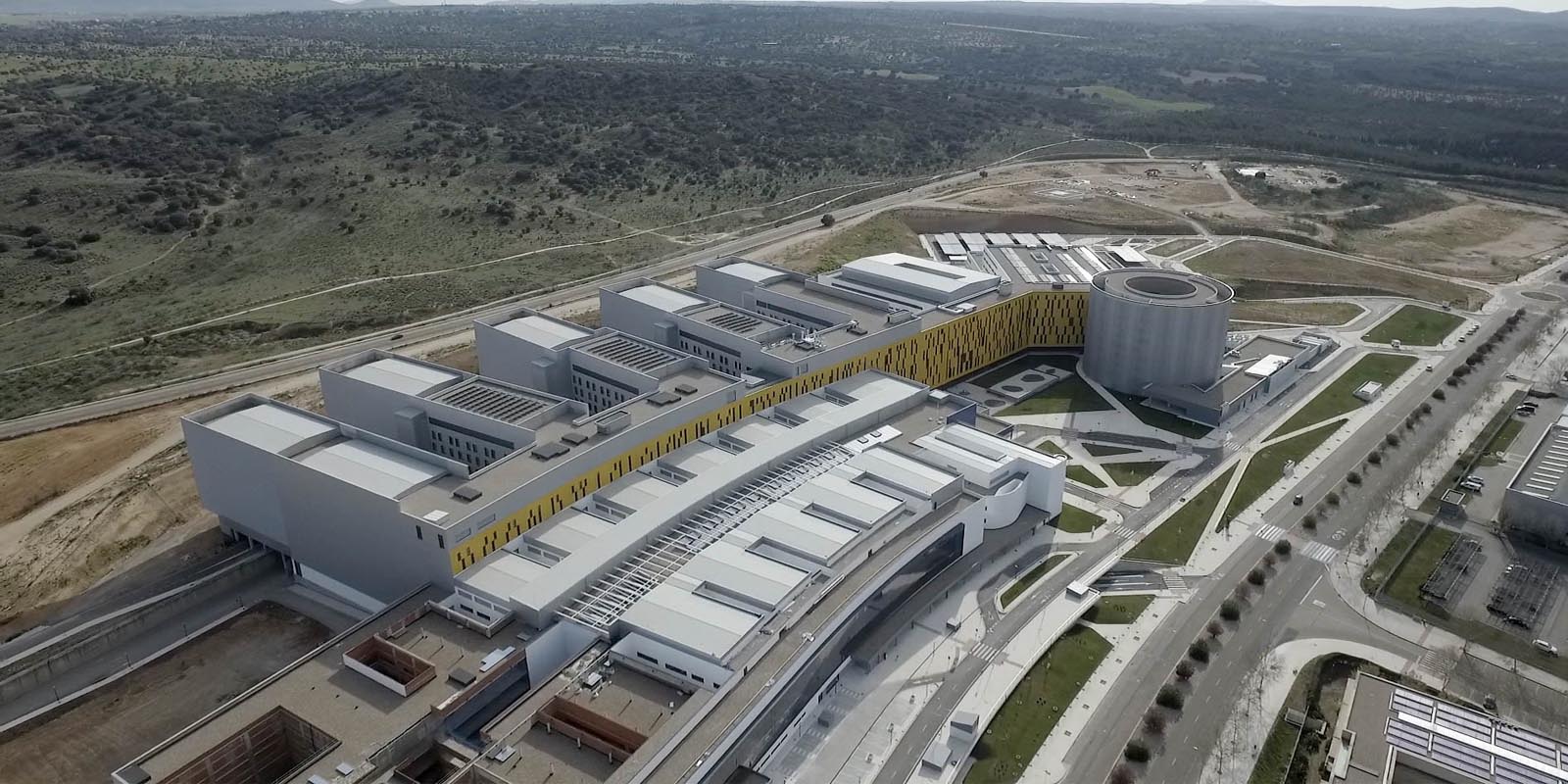 The new University Hospital of Toledo was today inaugurated by the King and Queen of Spain. The new hospital is considered the largest in Europe, as well as the most relevant healthcare project to be developed in the history of Castilla-La Mancha (Spain), both for its architectural value and its size and capacity. It will serve a population of over 434,000 inhabitants living in the 116 localities of Toledo province.

The infrastructure offers an 853-bed capacity, 250 outpatient and examination rooms and 25 operating rooms, among other facilities. It also features a heliport and over 1,800 parking spaces.

The project was executed by a joint venture split evenly between ACCIONA, OHL and ACS, and involved a €320M investment. The consortium will be in charge of the non-clinical operation of the hospital for the next 30 years, by order of the Castilla-La Mancha Health Service (SESCAM).

The executing consortium carried out the construction works in 21 months. Said works involved mobilizing an area of 326,400 m2. 246,964 m2 correspond to the hospital structure, and the rest is in reserve for possible future extensions. These areas include the facility’s facades, as well as the fire protection installations and maintenance lighting units. The hospital also features market-leading electro-medical systems and high-tech equipment.

ACCIONA has a vast experience in projects that involve the construction, financing and operation of hospital infrastructure under public-private partnerships. ACCIONA has a solid track record in this sector in both Spain and in international markets. In less than 15 years, the company has been awarded the management of various health centers under concession in Spain, Mexico and Canada.

The completion of the new University Hospital of Toledo follows the inauguration of other important hospitals in Spain: the Alvaro Cunqueiro Hospital (Vigo) and the Infanta Sofia Hospital (Madrid), which was recently recognized as the most sustainable social infrastructure during the BREEAM Awards 2020. These last two concessions cover the design, construction, financing and operation of certain non-clinical services for 23 years and 30 years, respectively.

In Canada, ACCIONA was in charge of the operation of the Royal Jubilée Hospital, in Victoria (British Columbia) for several years. This facility is a 42,000m2 health center with a capacity for 500 beds. The company was awarded the concession for the design, construction - completed in 2010 -, financing and integral management of the project’s facilities.

In Mexico, ACCIONA won the design, construction, financing and facility services management of the Bajio Regional Hospital, located in Leon, in the state of Guanajauto. This hospital boasts a total area of 25,000m2 and a 184-bed capacity. It became the first social infrastructure project developed under the PPP model in Latin America.

ACCIONA guarantees the quality of its services by being involved in the development of hospitals from the very beginning. The company participates in the design of the project equipment while adjusting to the clients’ needs. From the get-go, ACCIONA also prioritizes the facility’s accessibility elements, functionality, energy saving potential and minimal environmental impact. All this is achieved through the deployment of cutting-edge technology.