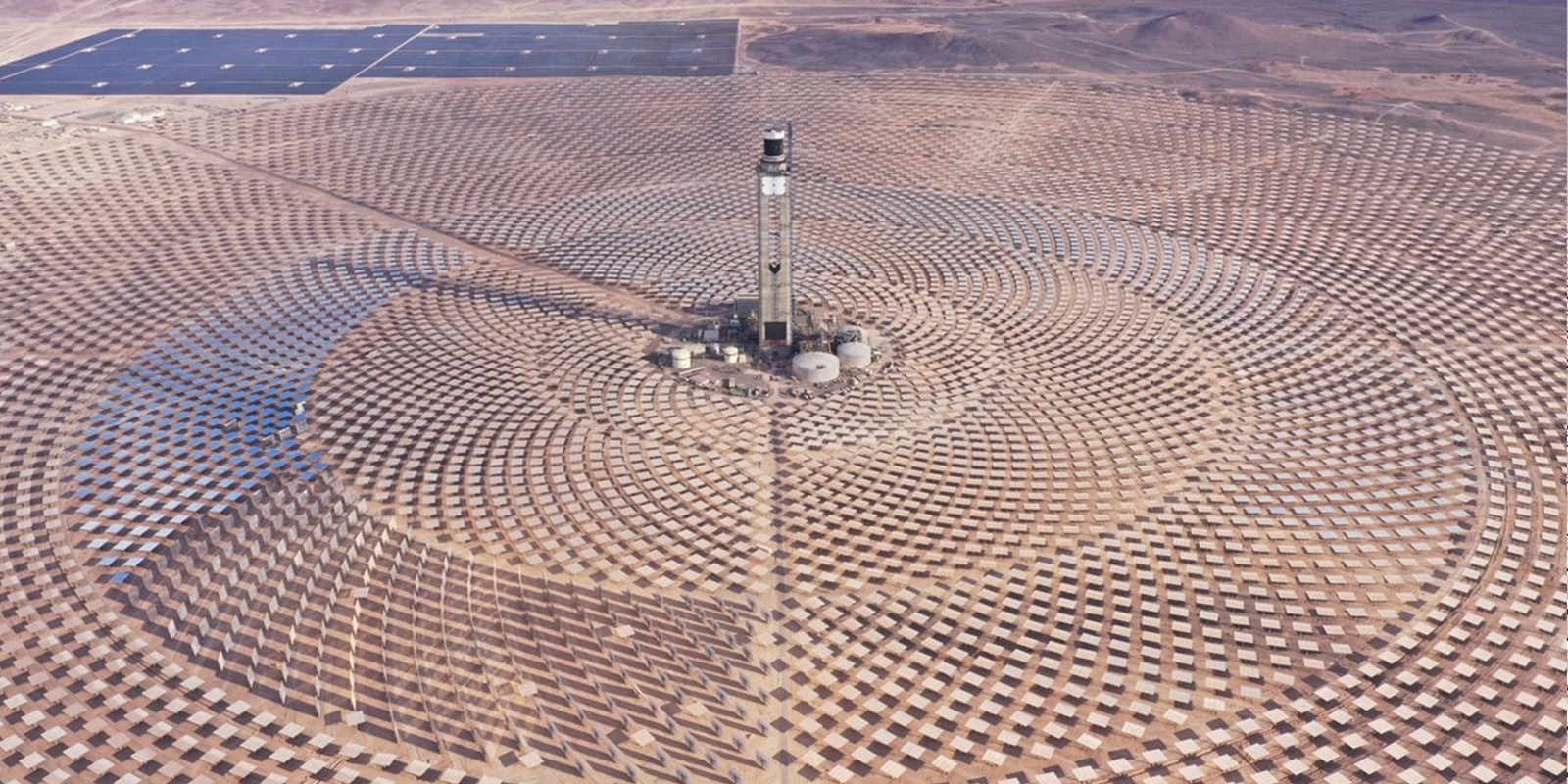 The Cerro Dominador CSP plant was officially opened on 8 June, constructed by a consortium led by ACCIONA, with Abengoa as the constructor and technology partner, for the company EIG Global Energy Partners. The plant is located in the Chilean town of María Elena in the Atacama Desert (Antofagasta region), which benefits from some of the highest levels of solar radiation in the world.

The inauguration, which was held in a hybrid format (online and with people in attendance) due to the restrictions caused by the pandemic, was attended by the President of Chile, Sebastián Piñera, and the Minister of Energy and Mining, Juan Carlos Jobet, as well as representatives from the client and the construction consortium.

The consortium led by ACCIONA was awarded this contract in 2018. The project consisted of constructing a CSP tower plant that joins the 100 MW photovoltaic plant already in operation, creating the continent’s first renewable energy complex to combine both technologies.

The Cerro Dominador CSP plant has a 17.5 hour thermal storage capacity using molten salts and is capable of generating clean energy that can be managed 24 hours a day. The solar field covering 700 hectares has 10,600 heliostats that reflect the sun’s radiation onto a receiver located at a height of 252 metres. The plant is expected to save more than 400,000 ton of atmospheric CO2 emissions every year and in total, the complex will prevent 630,000 tons of carbon dioxide emissions annually.

Construction of the Cerro Dominador CSP plant has significantly contributed to local development with the creation of more than 1,000 jobs in the area at the peak of the project, providing work to a large number of residents from the surrounding communes.

ACCIONA is a leading global company for the provision of regenerative solutions for a carbon-free economy. Its range of businesses spans renewable energy, water treatment and management, eco-efficient transport and mobility systems, and resilient infrastructures, among others. The company, which has been carbon neutral since 2016, recorded sales of €6.472 billion in 2020 and has a presence in more than 60 countries.

ACCIONA began operating in Chile in 1993 and since then has carried out major infrastructure projects such as highways, water treatment plants, hospital centres, hydroelectric plants and infrastructures for the mining sector, as well as various renewable energy projects.