The Cebu Bridge, being constructed by ACCIONA in the Philippines, now more than 50% complete 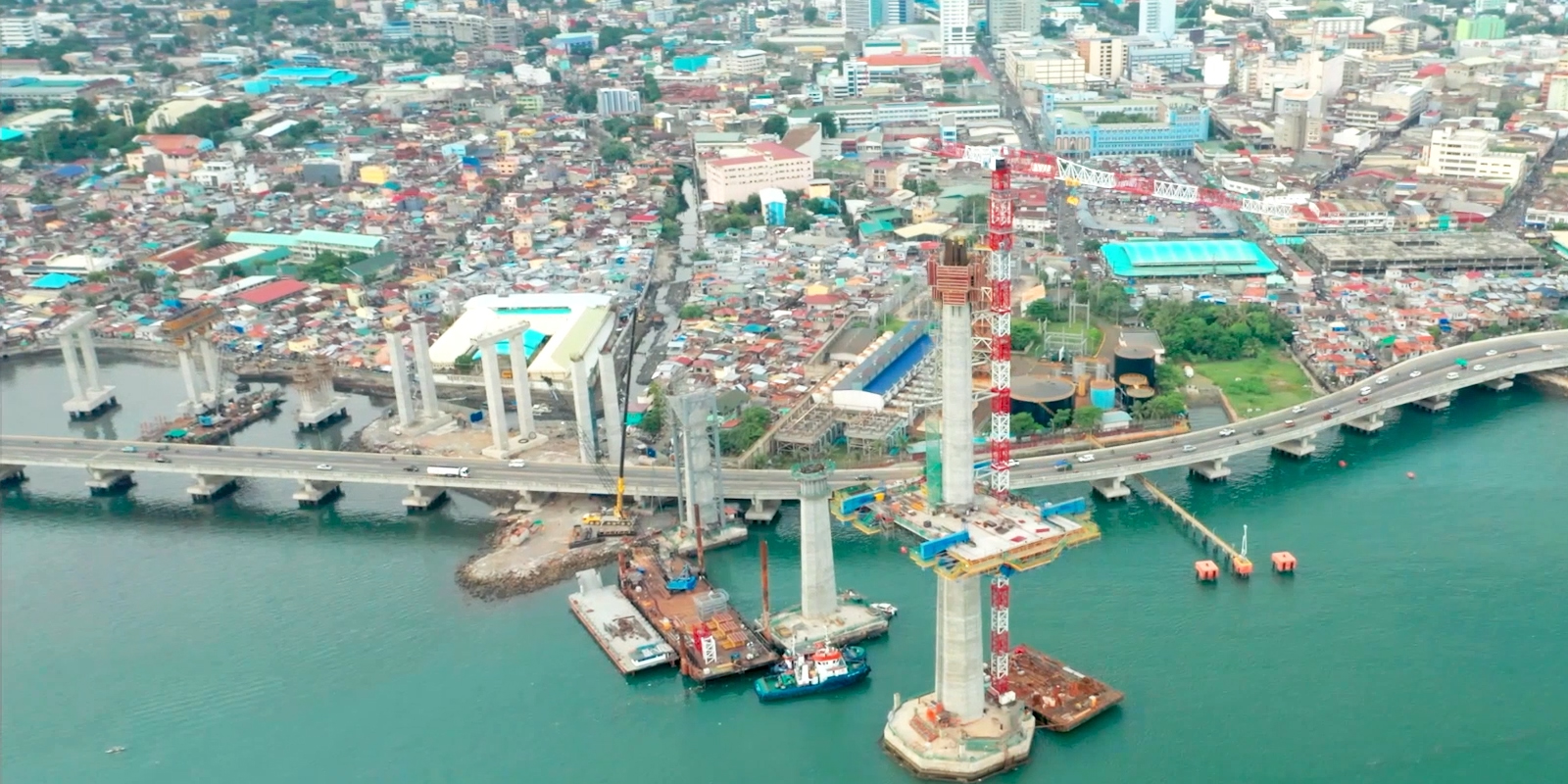 The Cebu Link Joint Venture (CLJV) consortium, consisting of ACCIONA and its two local partners, First Balfour Inc. and D.M. Consunji Inc, has now constructed 50% of the Cebu Bridge, which will connect the city of Cebu with Cordova in the Philippines.

The project, awarded in 2017 by the Cebu Cordova Link Expressway Corporation, a subsidiary of the Metro Pacific Tollways Corporation, consists of the design and construction of a 650-metre cable-stayed bridge as the principal structure, with a main span of 390 metres between pylons. This new infrastructure will also include several viaducts, as well as a section of road on a 5.2 kilometre embankment.

So far, work has focused on constructing 98% of the deep foundations for the project, including the 42 piles for the two pylons of the cable-stayed bridge, each one 2.5 metres in diameter and up to 59 metres long, as well as construction of 60% of the piers for the viaducts and more than 70% of the pylons for the bridge (each 145 metres high). Furthermore, some 40% of the girders have now been manufactured and almost half of the access embankment to the bridge has been constructed.

The coming into operation of the bridge will bring numerous benefits for traffic management in the region, alleviating the congestion currently suffered on the existing bridges by connecting Cebu City with the island of Mactan via Cordova.

This infrastructure will also provide a new connection between Cebu’s industrial zone and Mactan International Airport, and to Cordova’s new urban developments on Mactan Island, becoming a core communications channel and galvanising the local economy.

More than 2,500 people are currently working on the construction of the Cebu Bridge, led by specialist personnel from ACCIONA’s Roads and Bridges specialised business unit, which has extensive international experience of constructing these types of infrastructures. The company has constructed more than 600 bridges, of all types and technical complexity, including iconic projects such as the Ting Kau Bridge in Hong Kong; the Beauharnois Bridge in Canada; the bridge over the Clarence River in Harwood (Australia); the bridge over Roskilde Fjord in Denmark, and the Sant Boi bridge on the Madrid–Barcelona high-speed rail line.

The Cebu Bridge is the company’s largest contract in the Philippines, followed by the contract awarded in 2016 to design and construct the Putatan 2 drinking water treatment plant on the outskirts of the City of Manila.

This project represents another step in ACCIONA’s growth strategy for Southeast Asia, a region considered to have strong growth potential and expected civil infrastructure improvements.