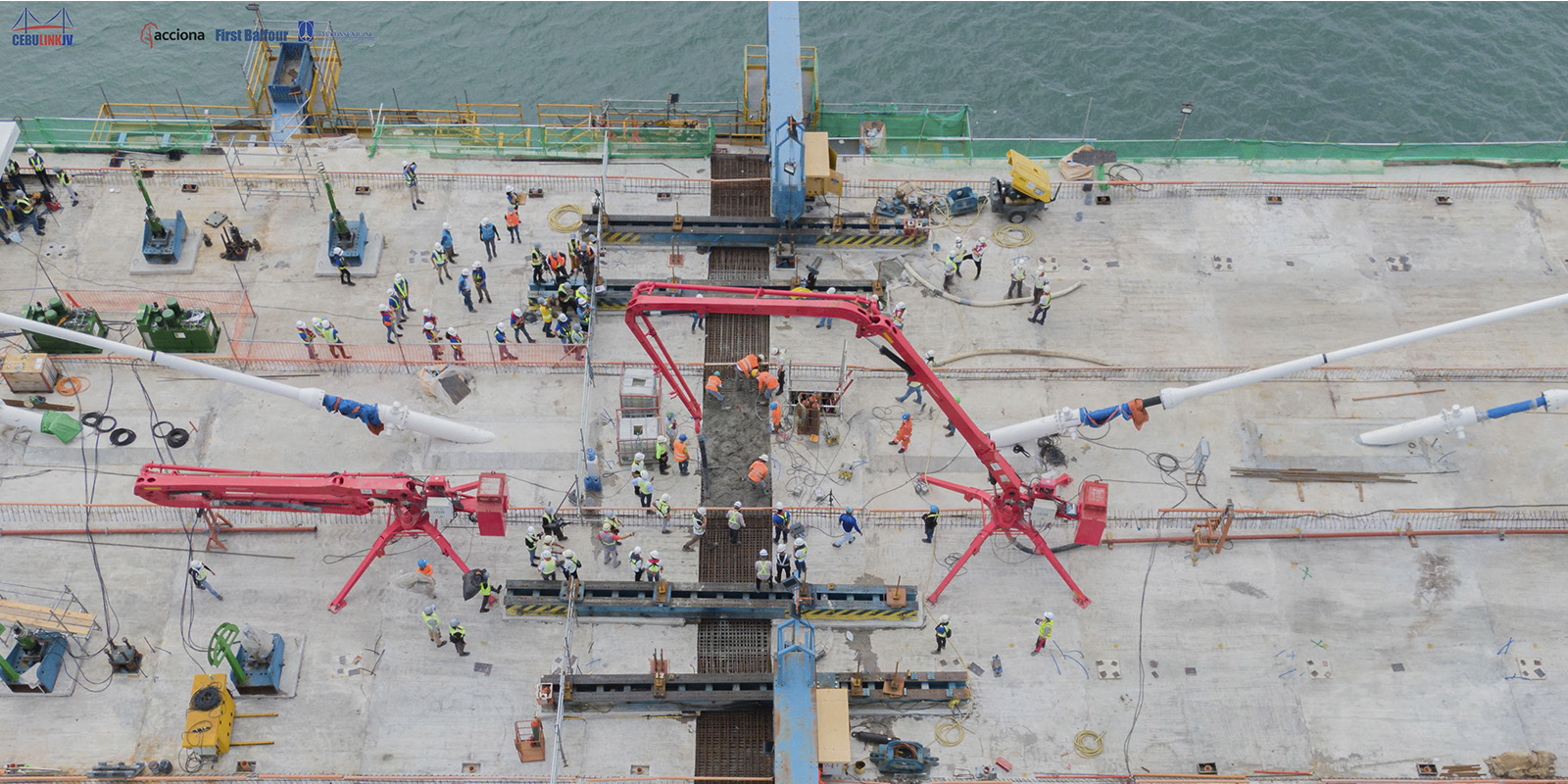 Today, October 5th, both sides of the 390-metre central span of the Cebú cable-stayed bridge were successfully joined together. This infrastructure is being constructed in the Philippines by the Cebu Link Joint Venture (CLJV), a consortium consisting of ACCIONA, FB and DMCI.

The project, awarded in 2017 by the Cebu Cordova Link Expressway Corporation (CCLEC), a subsidiary of Metro Pacific Tollways (MPTC), consists of the design and construction of a 650-metre cable-stayed bridge as the principal structure, with a main span of 390 metres between pylons, located over the entrance to the Port of Cebú. This new infrastructure also includes several viaducts, as well as a section of highway on a 5.2 kilometre embankment.

Works to construct the cable-stayed bridge began in July 2018, following the client’s approval of the design, and lasted until September 2021, creating more than 2,500 direct and indirect jobs in the area.

Due to the technical and logistical complexity of its construction, the majority of the works were carried out by ACCIONA on a self-performing basis.

The deck of the bridge was constructed using special progressive cantilever loaders, designed and assembled using the latest technology, enabling complete sections of up to 7.15 metres long to be installed.

The foundations of the Cebu-Cordova Link Expressway (CCLEX), designed and constructed to withstand extreme natural phenomena such as earthquakes, typhoons or tsunamis, are up to 60 metres deep and were constructed with concrete piles in the seabed and coordinated by ACCIONA.

In addition, a launching gantry designed and manufactured by ACCIONA was also used to construct the access points to the main bridge.

The coming into operation of the bridge will bring numerous benefits for traffic management in the region, alleviating the congestion currently suffered on the existing bridges by connecting Cebu City with Mactan Island via Cordova.

This bridge will also provide a new connection between Cebu’s industrial zone and Mactan International Airport, and to Cordova’s new urban developments on the island, becoming a core communications route that will boost the local economy.

ACCIONA has constructed more than 600 bridges, of all types and technical complexity, including some of the most iconic in the world such as the Ting Kau Bridge in Hong Kong; the Walterdale and Beauharnois bridges in Canada; the bridge over the Clarence River in Harwood (Australia); the bridge over Roskilde Fjord in Denmark, or the Sant Boi bridge on the Madrid–Barcelona high-speed railway line.