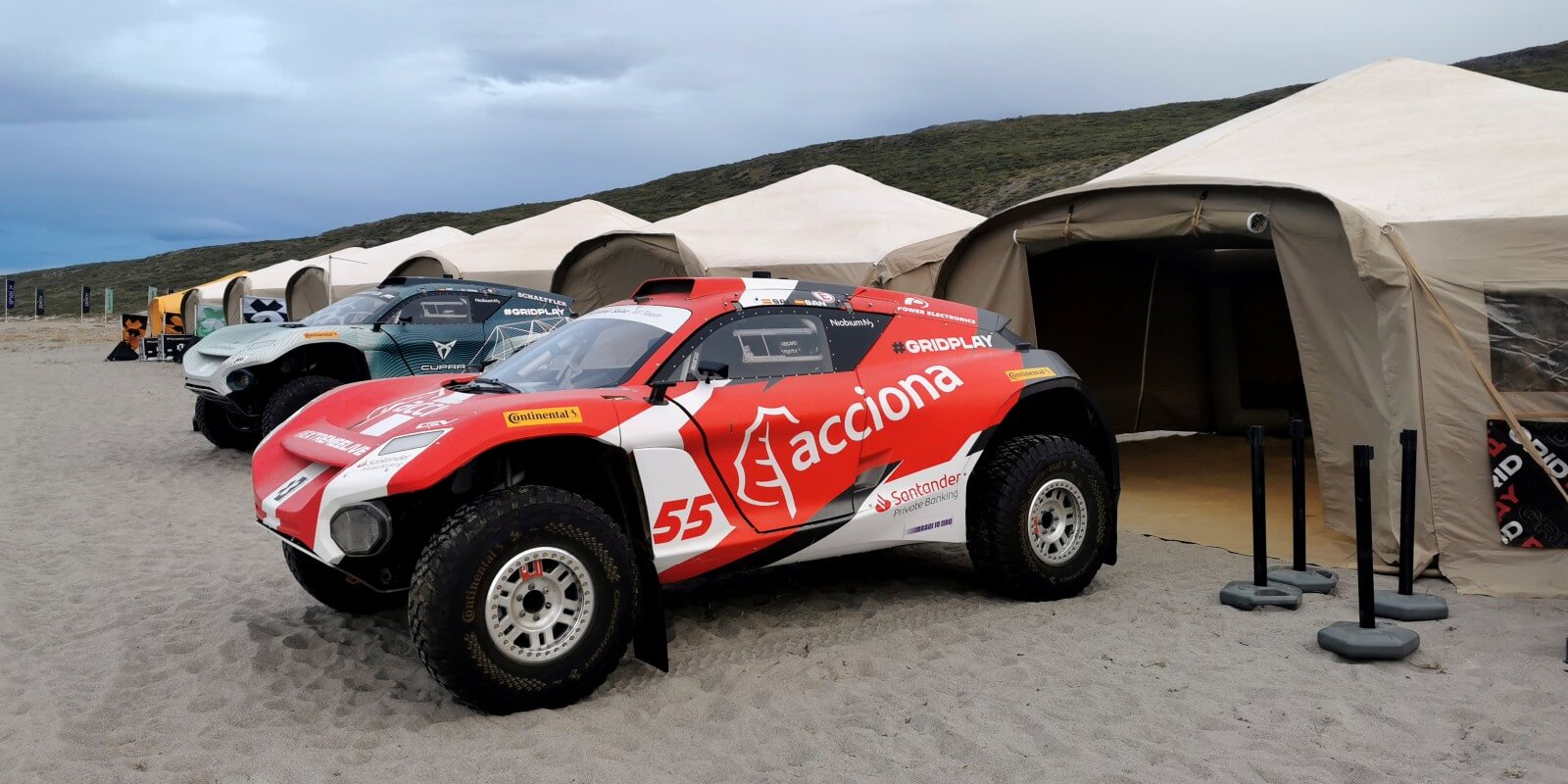 The ACCIONA | SAINZ XE Team will compete once again this weekend, August 28-29, in the third round of Extreme E, the sustainable off-road electric championship raising awareness of the threats of climate change across five endangered ecosystems around the world.

This race, named the Arctic X Prix, is one of the most eagerly awaited events in the Extreme E series, seeking to put the spotlight on the progressive melting of glaciers as a result of global warming. The nine teams will compete in the Kangerlussuaq region (Greenland), right by the Russell Glacier, an area that decades ago was covered by permafrost.

The ACCIONA | SAINZ XE Team will be starting from sixth place in the overall standings, with 36 points. After a strong debut in Saudi Arabia, where the team missed out on the final, the drivers are aiming to make up points in Greenland to recover from the second round in Senegal, where the vehicle suffered various mechanical problems.

Carlos Sainz and Laia Sanz will once again lead the ACCIONA | SAINZ XE Team as drivers, at the wheel of the the race's official 100% electric vehicle (Odyssey 21), which showcases the competitiveness of sustainable mobility, even in some of the planet’s most demanding terrains.

With this new venture into top-level motor racing, ACCIONA seeks to reinforce its commitment to the fight against climate change and the need to accelerate the transition to a low-carbon economy through sport.

This first Extreme E edition boasts a pioneering race format, designed to promote sustainable development and support the fight against the climate emergency, as well as gender equality, values which ACCIONA prioritizes.

The ACCIONA | SAINZ XE Team is competing against eight other teams throughout five races in 2021, each located in a different ecosystem severely affected by climate change. The first X Prix was held in Al-Ula, Saudi Arabia, showing the impact of desertification and drought to an audience of 18.7 million. It was followed by the Ocean X Prix, in Dakar, Senegal, which reflected the threat of rising sea levels and ocean pollution.

The championship announced a change in location for the last two races due to the impact of Covid-19. After Greenland, Extreme E will continue its tour in Sardinia, at the Island X Prix (October 23-24), where it will raise awareness of the increasingly frequent fires in the Mediterranean region.

The tournament also promotes gender equality: teams must be 50% men and 50% women, with each of the members running the same number of kilometers. In addition, Extreme E, a signatory to the United Nations Framework for Action on Sport for Climate, is committed to being a carbon-zero footprint competition.

For this Arctic X Prix, the competition will implement several environmental awareness activities, organized by a specialized scientific committee. Extreme E and its teams will promote UNICEF's NAKUUSA program, which this year celebrates its 10th anniversary supporting children's rights in Greenland by creating youth councils that allows their voices to be heard.

Carlos Sainz, driver and partner of the ACCIONA | SAINZ XE Team, is two-times champion of the the World Rally Championship, in 1990 and 1992. Sainz also holds three Dakar titles, and has been awarded the latest Princess of Asturias Award for Sports. Completing the team is Laia Sanz, who has been the World Trials champion thirteen times and Enduro champion five times. Sanz has completed every Dakar edition between 2011 and 2021, having won the women's motorcycle category. Taking part in Exteme E is Laia Sanz’s official leap from motorcycle races to four-wheel competitions.

ACCIONA - which led the first team with a zero-emissions vehicle to complete a Dakar in 2017 - will once again seek to prove the reliability of electric mobility and the competitiveness of renewable energies on the globe’s most demanding terrains. 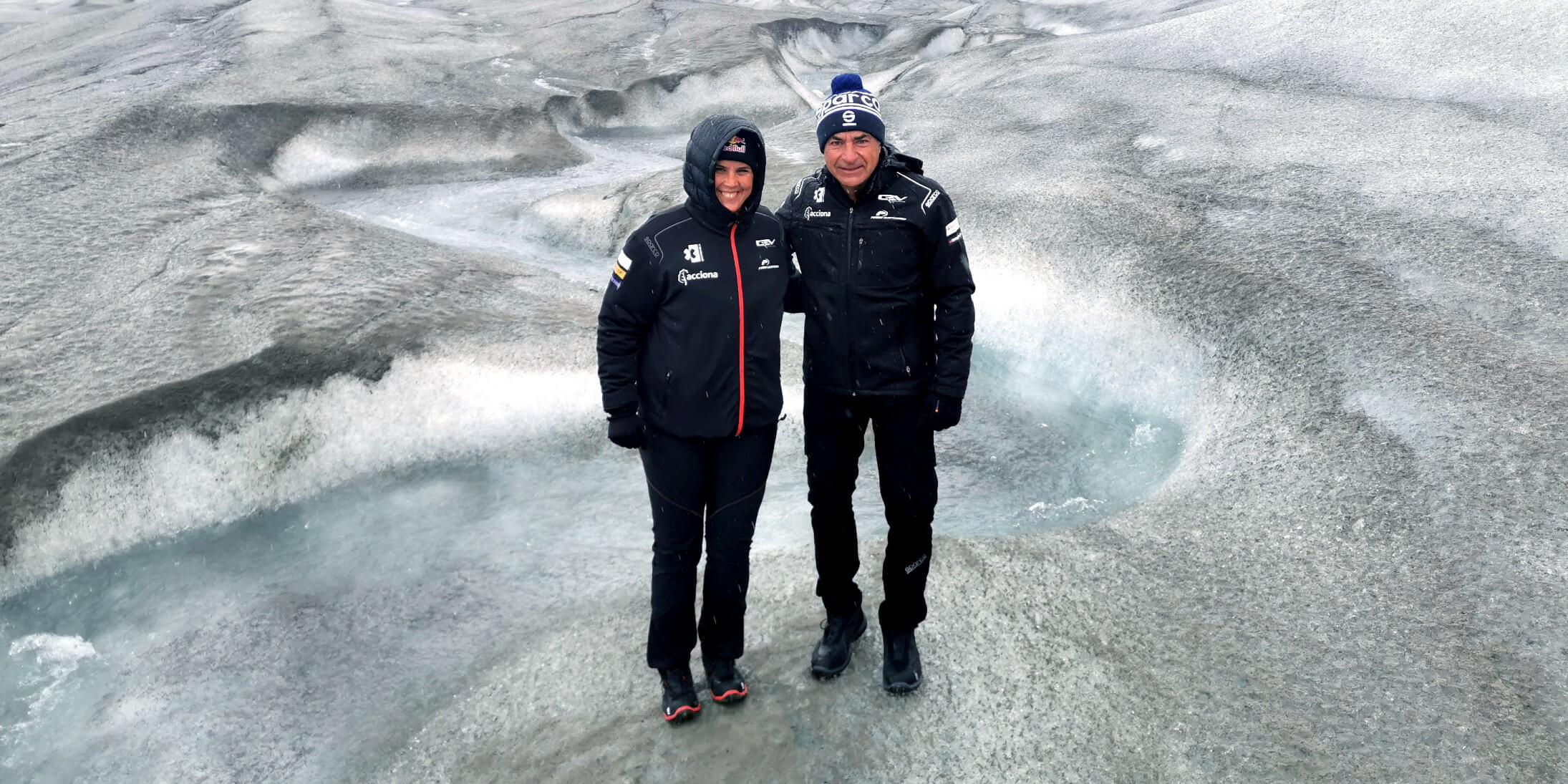