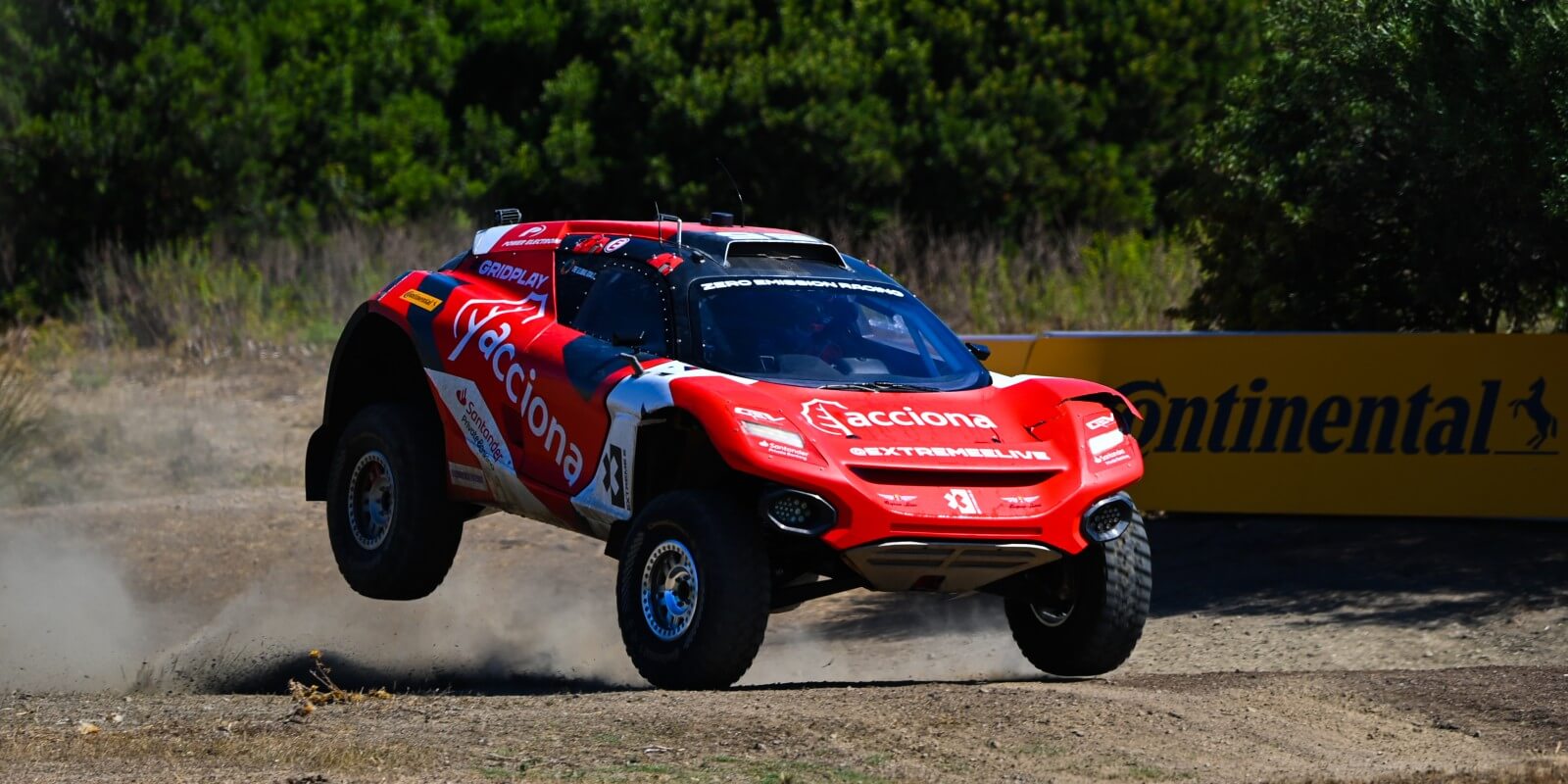 The ACCIONA | SAINZ XE Team will compete during the weekend (November 26th–27th) in the final race of the 2022 Extreme E sustainable motor racing championship. Punta del Este will host the final race in which the champion and the podium of this second edition of the electric SUV competition will be decided.

The top four teams in the overall standings have a mathematical chance of winning the championship. The ACCIONA team, led by Carlos Sainz and Laia Sanz, will start from the third place, just eight points behind the leaders, the RXR Racing duo. The ACCIONA | SAINZ XE Team would need to win the final, while hoping that the Rosberg team does not reach the podium and the X44 team does not finish above third place.

The second season of Extreme E has highlighted the improvement of the ACCIONA team’s competitiveness. The ACCIONA | SAINZ XE Team has managed to qualify for the four finals, with two second places in Saudi Arabia and Chile.

The Energy X Prix in Punta del Este will seek to raise awareness of the need to boost renewables in the electricity system. Uruguay, which generates more than 98% of its electricity from renewable energy sources, exemplifies this effort by being one of the most electrified countries in the southern hemisphere, with 99.9% of its households connected to the grid.

The ACCIONA | SAINZ XE Team will also participate with its Odyssey 21 vehicle in a parade through the streets of Punta del Este on Thursday. This is the first time Extreme E has organized such an event, which will be attended by up to 6,000 people. The racetrack’s proximity to the city and the prospect of leaving the area in perfect conditions after the X Prix have convinced the local authorities and Extreme E to enable access to a limited audience this time.

With this foray into high-level motor racing, ACCIONA seeks to support Extreme E’s goal of raising awareness of the threat of climate change in different parts of the planet and the resulting need to counter it by accelerating the transition to a low-carbon economy.

ACCIONA thus strengthens its commitment to electric mobility, demonstrating its reliability and competitiveness in one of the most demanding motorsport competitions on the planet. The company also reinforces its social commitment to sustainable development, gender equality and the fight against climate change through mass sport events.

As in each of the previous championship races, the ten Extreme E teams will participate in the Legacy Program, the framework of initiatives coordinated by a committee of scientific experts that aims to leave a positive footprint on the environment where they compete.

On this occasion, the teams will collaborate with the Cetacean Conservation Organization to raise awareness of their work to conserve Uruguay's marine ecosystem, promote responsible nature tourism and protect coastal communities’ environment.

During the last X Prix in the Atacama Desert in Chile, the competition set a record of 14 days of solar-powered operations. In Uruguay, the goal is to disconnect the entire event from the electric grid and run it on entirely renewable energy sources during the days of the race.