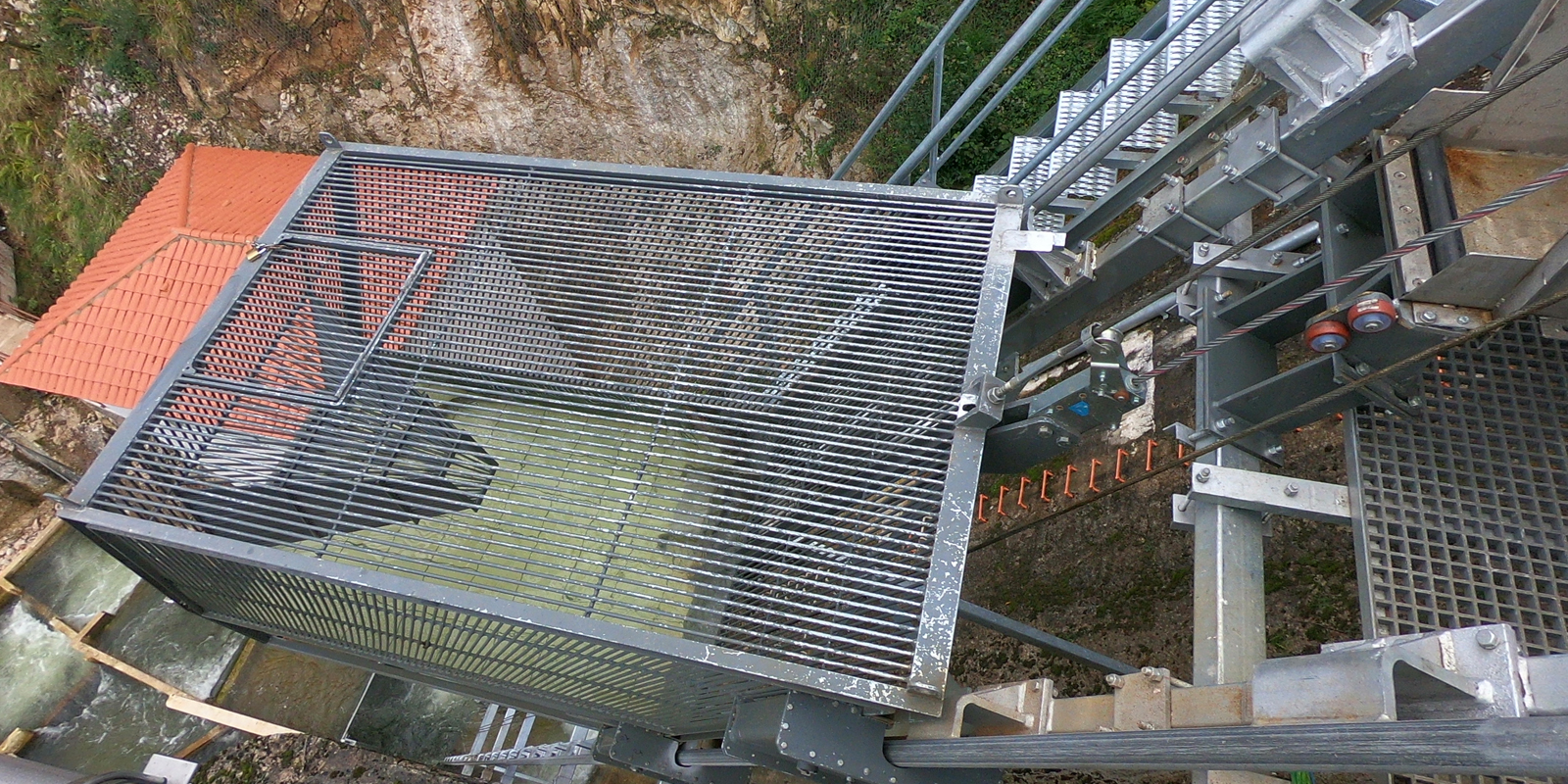 ACCIONA has installed a salmon elevator at the Palombera dam on the Nansa River (Cantabria, northern Spain) to contribute to restoring this species' natural habitat in the area. The facility, which removes barriers to the seasonal migration upriver, will enable salmon to return to their historic spawning area in Cosío. The fish will be able to return to the sea using a refurbished fishway. The project was undertaken as part of an agreement between the company and the Cantabria Water Confederation.

How the Palombera fishway works

The agreement between ACCIONA and the Cantabria Water Confederation includes a series of commitments to enhance the ecosystem on the Nansa river, where ACCIONA operates a number of hydroelectric plants, and have more detailed information about river conditions.

ACCIONA's total investment to fulfil the commitments made to the Cantabria Water Confederation amounts to €3 million.

With these initiatives, ACCIONA is contributing to the objectives of the Cantabria Water Confederation and of the Government of Cantabria to improve the ecosystem in the Nansa river basin, and they are part of the company's commitment to protecting the biodiversity of the environments where its clean power generation facilities are located.