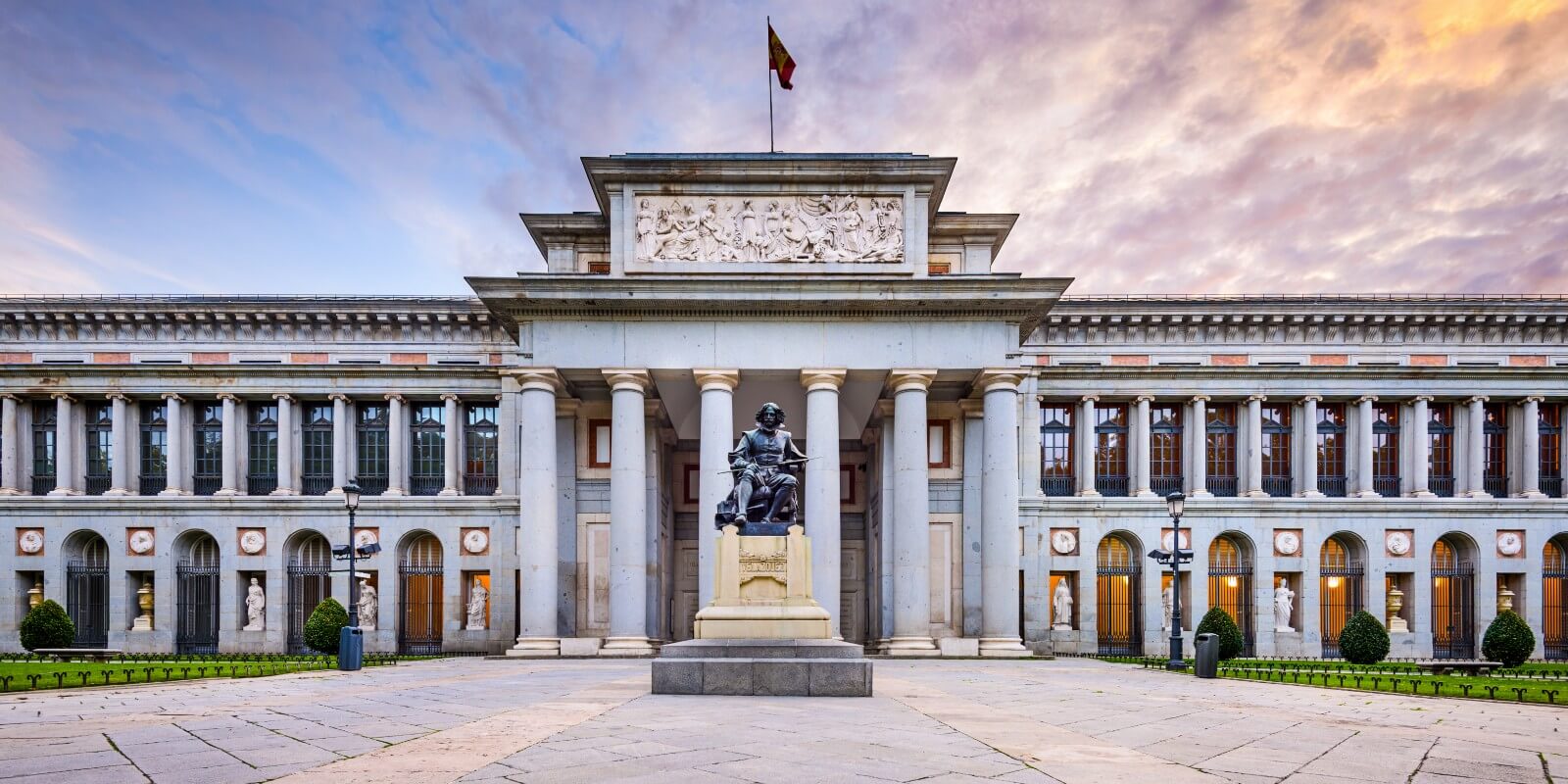 Until the 3rd of September 2022, rooms 64-65 of the Villanueva building in Madrid’s Prado Museum will host the audiovisual show La Quinta del Sordo (Deaf Man’s Villa), created by Philippe Parreno with ACCIONA Cultura’s production and the Beyeler Foundation’s collaboration.

This video art work uses images, sound effects and music to recreate the physical space and atmosphere of the Quinta del Sordo (Deaf Man’s Villa), the dwelling place where Goya painted his emblematic Black Paintings between 1823 and 1825.

The projection is meant to be an immersive experience in which the screen, like the glow of a fire, brings the spectators together, seated in a semicircle.

As a prelude to each projection, viewers can enjoy the live music of a cellist playing an original composition by J. M. Artero.

However, each visitor will receive headphones to listen to the other sound effects during the screening. In this way, the artist reinforces the impression of full immersion in Goya's world, with hazy sounds that blur the lines between reality and a dreamlike, mythological world.

To carry out this project, Parreno used ultra-high-speed cameras (of 500,000 frames per second) to record the paintings. In addition, the artist reconstructed the house and garden in three dimensions to imitate the original acoustics of the site.

The work was originally created for an exhibition at the Beyeler Foundation (Basel, Switzerland), where it was presented last year. Now, in addition to the audiovisual experience, there is the opportunity of directly seeing Goya's original Black Paintings, which the Prado Museum exhibits in the adjacent room (room 67).

ACCIONA Cultura, the largest museum company in Europe, was in charge of the technical development and implementation of this screening, providing state-of-the-art audiovisual technology to maximize the immersive experience.

The company is a leader in the development of projects that aim to enhance the value of culture, art and heritage through attractive narratives supported by innovative technologies, within the concept of "cultural engineering".

In this vein, ACCIONA Cultura has already collaborated with the Prado Museum on previous events, such as the design and execution of the mapping show that closed the museum’s bicentennial celebration.

These oil murals were painted on walls of two rooms of the so-called Quinta del Sordo, a villa on the outskirts of Madrid that Goya purchased in 1819. Their modern title comes from the use of dark and black pigments and the bleakness of the paintings’ subjects. Their interpretation remains enigmatic, despite the explanations proposed by art and literary historians, writers and even psychologists.

Before his departure to France, Goya bequeathed the villa in 1823 to his grandson, Mariano, who sold it ten years later to his father, Javier. The latter commissioned the painter Antonio de Brugada, who shared his exile with Goya in Bordeaux, from where he returned to Spain in 1834, to make an inventory of the estate, in which the paintings were registered. After Javier Goya's death, the villa had several owners: in 1859 it was bought by Segundo Colmenares, and in 1863 it ended up in the hands of Émile d'Erlanger, a Parisian banker who hired the painter and conservation artist Salvador Martínez Cubells to transfer the murals to canvases. The works were removed from the wall using the strappo technique and then the many missing bits were cut and retouched. They were exhibited at the 1878 Paris Universal Exhibition and in 1881 d'Erlanger donated them to the Prado Museum, where they have been on display since 1889.