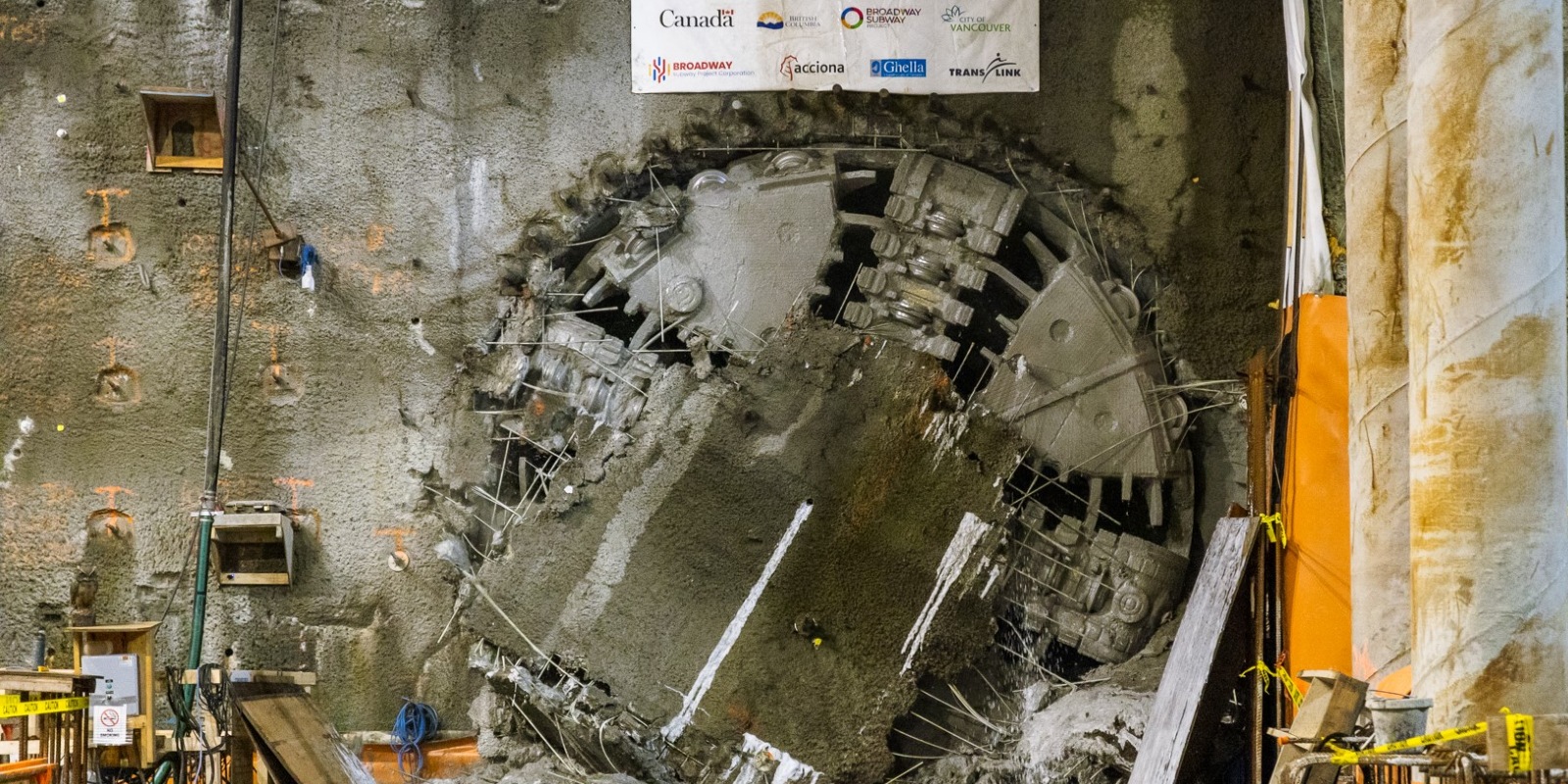 ACCIONA and its partner, Ghella, today celebrated one of the major construction milestones of the Broadway Subway Project in British Columbia, Canada, the first breakthrough on the project, with the arrival of tunnel boring machine ‘Elsie’ at the future Mount Pleasant Station.

During the course of the evening, TBM Elsie, which was custom-built for this project at 150-meters-long, bored a six-metre-wide hole in the eastern part of the station excavation.

Following this key achievement, the crew will now focus on ensuring that the next TBM advances are executed safely and with pinpoint accuracy over the next year, while moving forward with other key activities such as completion of the installation of the elevated track pillars.

The project’s second TBM, ‘Phyllis’, has been boring the five-kilometer entrance tunnel since November 2022. It is named after the well-known naturalist and mountaineer Phyllis Munday. Phyllis is expected to arrive at Mount Pleasant Station this spring.

The two TBMs started separately from the Great Northern Way-Emily Carr station and will each take about a year to reach their final destination at Cypress Street, near the future Arbutus station.

Once tunnel boring is complete, crews will finish construction of the subway stations and install the train tracks and support systems. Finally, ACCIONA and its partner will carry out the testing and commissioning of the new line.

ACCIONA and Ghella are delivering the Broadway Subway Project. The contract includes the 5.7 kilometer extension of the Millennium Line, with six new stations running from the VCC-Clark Station to West Broadway and Arbutus Street. Through this project, users will be provided with a fast and convenient SkyTrain service along the Broadway corridor, home to British Columbia’s second largest employment center with world-class health services, an emerging hub of innovation and research, and growing residential communities.