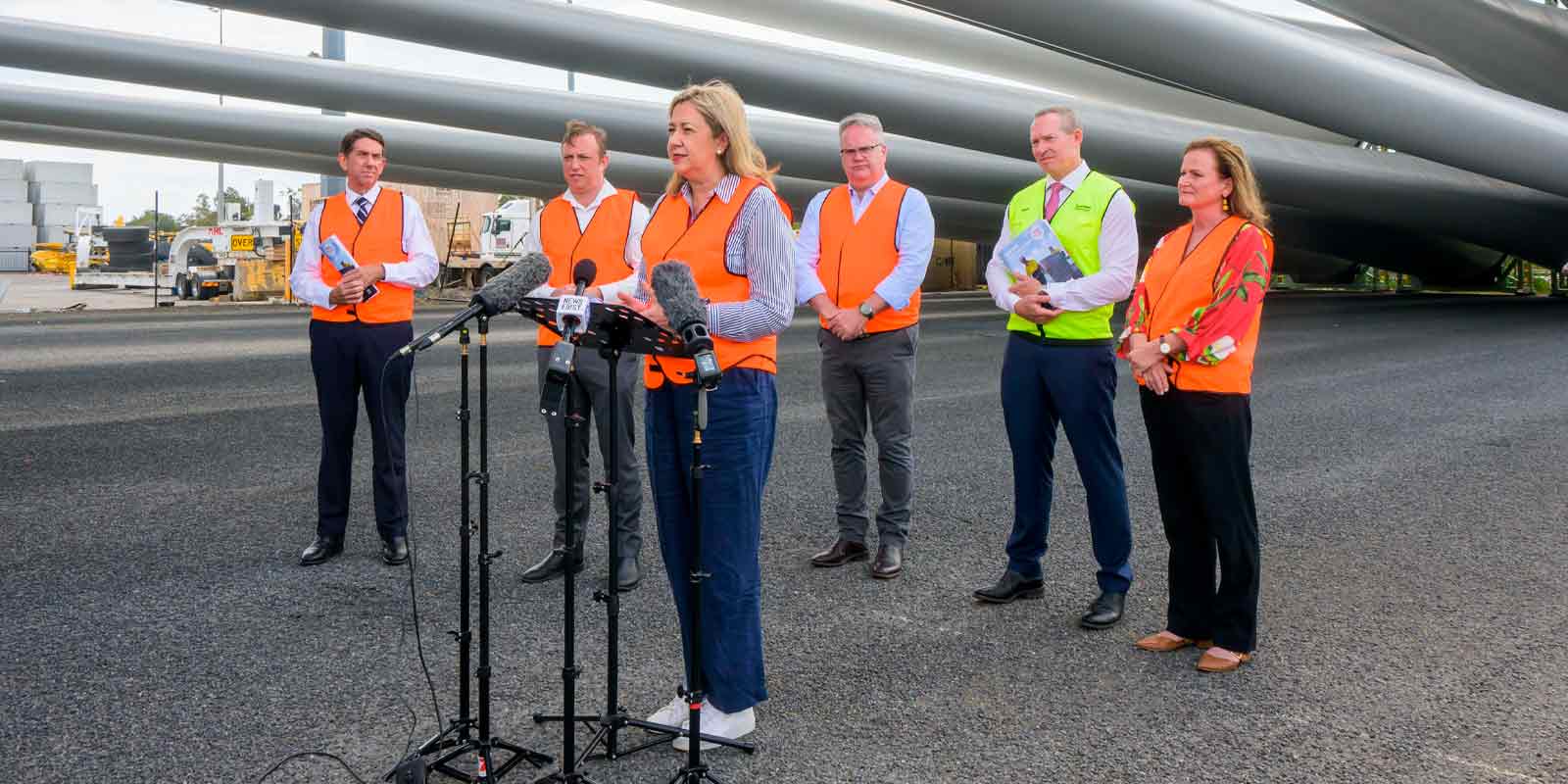 ACCIONA Energía has announced development of the Herries Range Wind Farm (1,000MW), an expansion of the MacIntyre Wind Precinct that will double its capacity to 2,000MW. The MacIntyre Precinct is already the largest wind project in Australia and the Southern Hemisphere.

The announcement was made during a visit to the Port of Brisbane by Queensland Premier Annastacia Palaszczuk, where the Premier and Cabinet Ministers inspected wind turbine components awaiting transport to the MacIntyre Wind Precinct 60km west of Warwick.  The MacIntyre Precinct (1,023MW), already under construction, will be equipped with 180 5.7MW turbines.

“Today we’re proud to announce that we have commenced development activities for the Herries Range Wind Farm to add an additional thousand megawatts of renewable energy to Queensland’s energy mix,” said ACCIONA Energía’s Managing Director in Australia Brett Wickham. “With this project we expect to dramatically accelerate the decarbonization of Queensland’s electricity grid,” said Mr Wickham.

“Our goal is to roll from construction of MacIntyre straight into the neighboring Herries Range. This means that workers can move from one large scale project to the next whilst staying in the same area,” said Mr Wickham.

“In total, the MacIntyre Precinct would reach a capacity of 2GW, representing an overall investment of more than AUD$4 billion (€2.5 billion) and enough clean energy to supply the equivalent of 1.4 million homes per year.

Queensland Premier Annastacia Palaszczuk said the announcement showed that Queensland is a front runner in attracting international investment in the global energy transformation.

“Our Queensland Energy and Jobs Plan is all about bringing more cheaper, cleaner energy into the system, while building the Queensland economy and that’s exactly that this deal does,” the Premier said. “ACCIONA Energia are one of the world’s leading developers of renewable energy projects and this additional $2 billion commitment is a strong endorsement that Queensland is a renewable energy superpower.”

Energy Minister Mick de Brenni said the expanded MacIntyre Wind Precinct would mean thousands of Queenslanders engaged in another significant step for the nation, as it strives to shield households and business from exposure to volatile and expensive global fossil fuel markets. “This precinct will support ongoing local jobs and local supply chain opportunities with hundreds of millions of dollars in procurement from businesses based in and around towns like Warwick, Inglewood and Toowoomba,” he said.