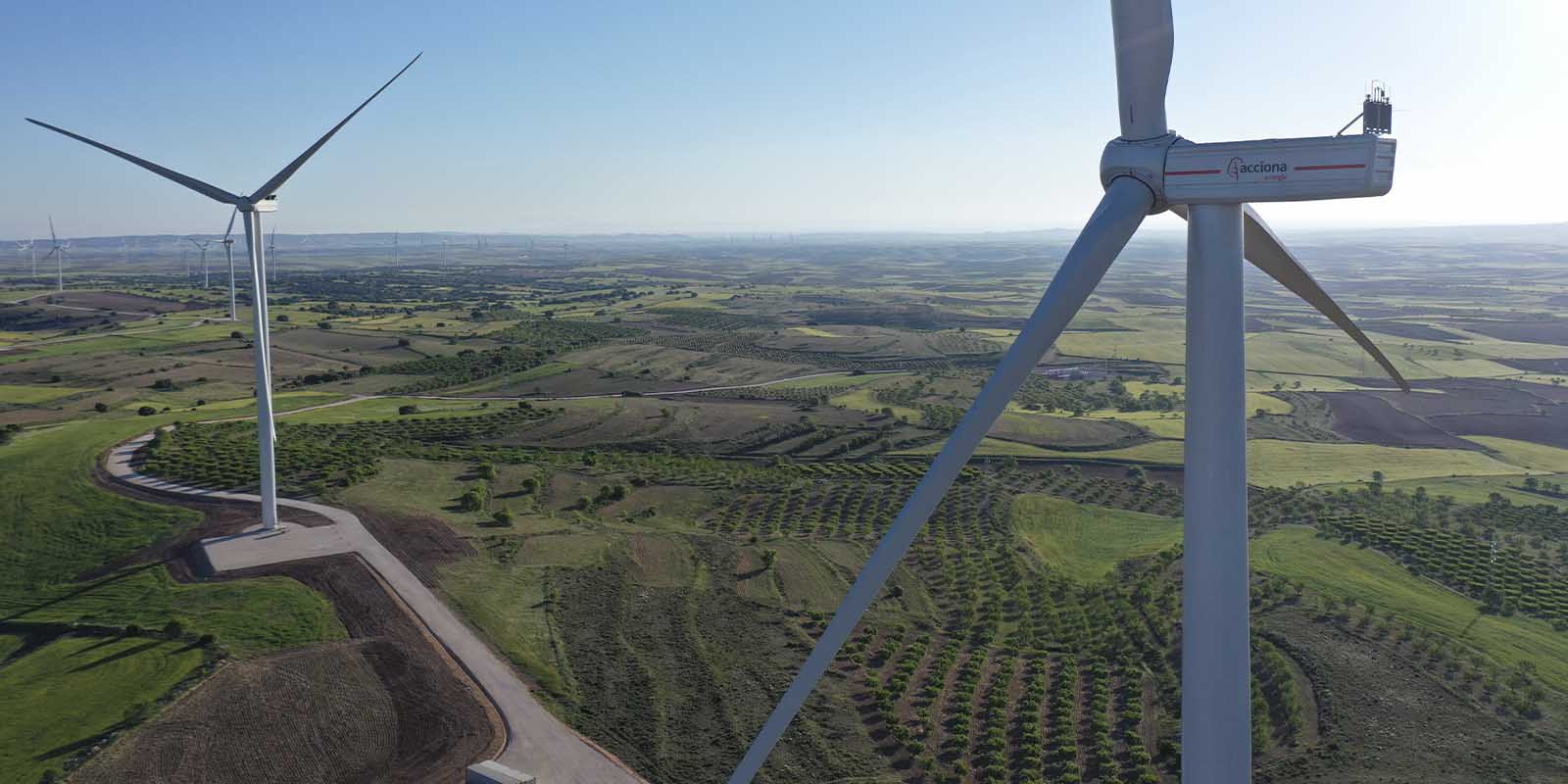 ACCIONA Energía closed the first half of 2022 with a net income of €390 million, having reinforced its investment pace and financial efficiency since the company’s initial public offering (IPO) in July 2021. The results endorse the company's growth plan in renewables
–to reach 20GW of installed capacity by 2025– and consolidate ACCIONA Energía as an agent of change for the energy transition and decarbonization of the economy.

The gross operating profit (EBITDA) stood at €909 million. Revenues grew to €2.21 billion, of which €1.19 billion was from its generation business; the remaining €1.02 billion being from the supply of renewable electricity to corporate customers in its various markets.

During the first half of the year, ACCIONA Energía enhanced its commercial policy with the aim of providing a supply of clean energy at a competitive and stable price to companies and institutions.

With regards to large customers, the company recently signed the largest corporate industrial PPA in Spain with around twenty large consumers through Fortia. The company's commitment to supplying renewable energy to small and medium-sized companies has achieved in excess of 10,000 supply points and 600GWh under contract.

Net investment increased to €770 million, in line with the company’s growth plan. This included €134 million in Spain, €121 million in the United States and €113 million in Australia.

Highlights of the sustainability indicators include the reduction in Scope 1 and Scope 2 emissions to 8,700 tonnes of CO2. The generation of renewable energy avoided the emission of 6.7 million of tonnes of CO2.

The company reinforced its positive impact by planting 30,900 trees. In addition, it recycled 98% of its waste, and reduced non-hazardous waste to landfills by 53.8%.

In July, ACCIONA Energía’s ESG credentials received the top score in the S&P Global Ratings for the global power industry, improving its score from 86 to 87 points.

During the period, ACCIONA Energía issued two green financing instruments at a very competitive cost: a 10-year green bond for €500 million, which was four times’ oversubscribed, and a 15-year private placement transaction of US$200 million, for which demand was 5.6 times higher than the amount on offer.

The company joined the Ibex-35 index on 20 June, consolidating its position as a benchmark blue chip stock.