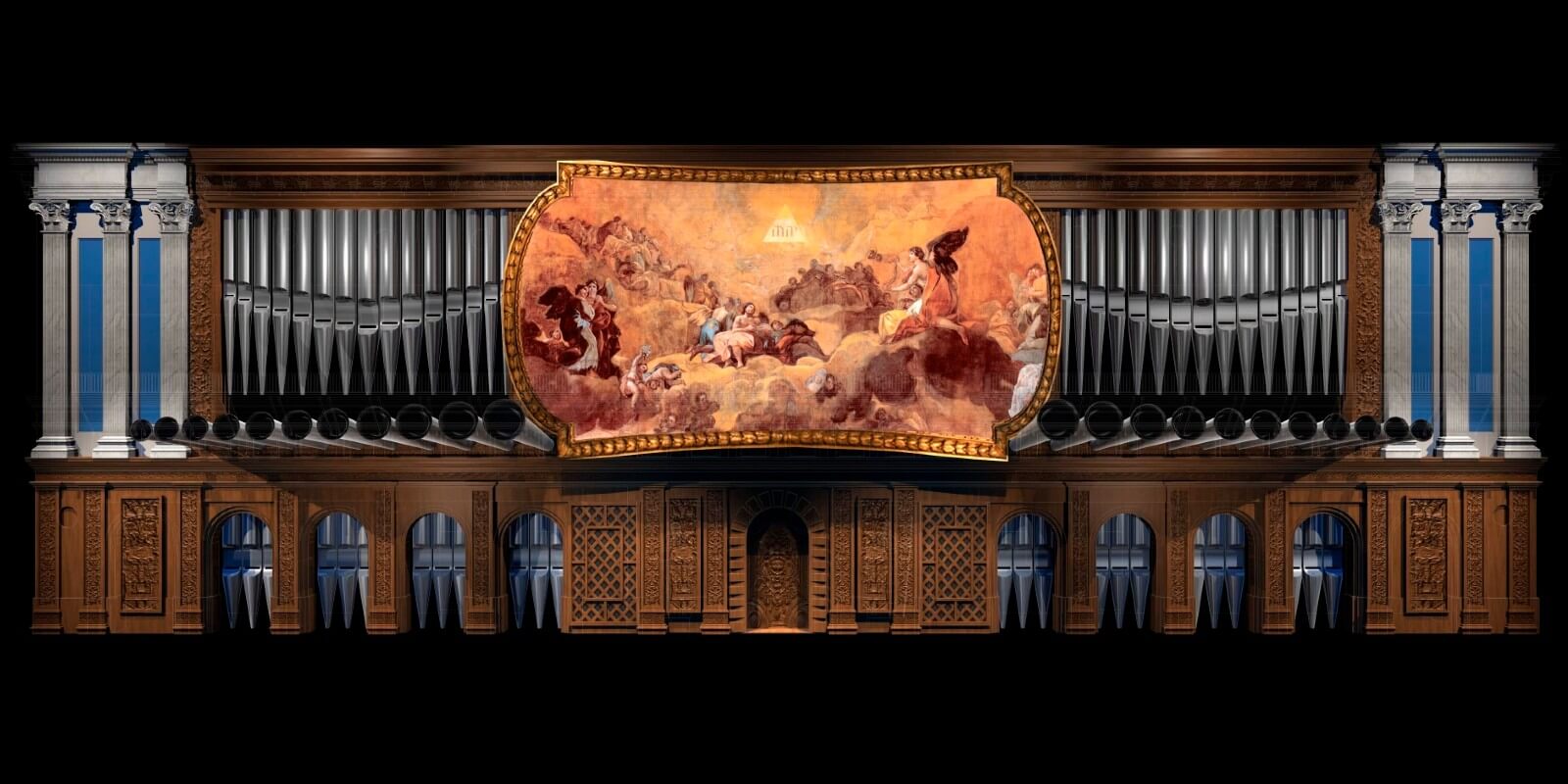 ACCIONA Cultura, together with Zaragoza Turismo, has designed a large-format immersive audiovisual projection with which the city will celebrate the 275th anniversary of Goya's birth.

For 15 minutes, the façade of the city hall will become a huge canvas of 1,628 square meters, in which Goya's artistic legacy will be captured and some episodes of his life will be recalled, especially his connection with Zaragoza.

For this, ACCIONA Cultura has opted for a chronological account of the great Spanish painter’s artistic career, beginning with his apprenticeship in Francisco Bayeu's workshop and covering his works in the Basilica del Pilar and the Royal Tapestry Factory, his admission to the Royal Academy of Fine Arts of San Fernando, his appointment as court painter and his illness’ impact on his artistic style.

The audiovisual show is projected using mapping technology, which adapts to the architectural elements of the façade to generate three-dimensional effects. The immersive and multisensory experience has a voice-over and a soundtrack composed specifically for this event, as well as special effects, with both light and sound, which help to enhance the most emotional moments of the show.

The show is part of the celebration of the Fiestas Goyescas, a new regular city festival that will have its first edition from the 20th to the 22nd of May 2022, and will feature a broad program of cultural activities about the figure of Goya.

ACCIONA Cultura is a leading company in the development of projects that enhance the value of culture, art and heritage through the creation of engaging narratives supported by innovative participatory technologies, within the concept of "cultural engineering".

Its portfolio includes projects in 41 countries on five continents, including mapping shows such as the one that closed the Bicentennial of the Prado Museum in Madrid; the one that marked the fifth centennial of the foundation of the city of Panama; the one that celebrated the tenth anniversary of the declaration of the Tower of Hercules (A Coruña) as a World Heritage Site; another one for the traditional Fires of the Apostle event in Santiago de Compostela; and the show commemorating the 800th anniversary of the birth of King Alfonso X the Wise in Toledo, which was awarded 4 international prizes last year. The company has received a total of 141 awards for creativity, innovation and sustainability.

ACCIONA Cultura has the ISO 20121 certification, which guarantees that all processes, from the planning to the execution and dismantlement of each event, are based on sustainability criteria.