Replacing 90 obsolete wind turbines installed 23 years ago with 12 of modern technology, while maintaining the same capacity (30 MW), increasing energy production by 16% and reducing the impact on the environment. This summarises the complete renewal carried out by ACCIONA Energía in the ‘El Cabrito’ wind farm, the oldest in Cadiz province.

The company will complete the start-up phase of the wind farm in the last week of 2018, fourteen months after having started removing the old wind turbines. The lattice tower turbines -with a capacity of 330 kW each and between 24 and 36 metres in height- have disappeared to give way to modern turbines of Nordex Acciona Windpower technology. Eight of them are the N100/3000 model, of 3 MW capacity each and a hub height of 85 metres, while another four (AW70/1500) will have a capacity of 1.5 MW and a hub height of 60 metres.

Advantages for the environment

The disassembly of the old wind farm involved removing all the foundations, platforms, unnecessary accesses and 31 transformers, plus the withdrawal and management of the waste generated and the recovery of the landscape.

The project has also included the restoration and revegetation of the areas affected by the building work through planting, sowing, hydro-sowing and recovery of embankments.

The renewal process has meant a major improvement in terms of the wind farm’s environmental impact on the surroundings. As the number of turbines has decreased 7.5 times, the wind farm’s visual impact has also fallen, as well as the levels of noise. These benefits are also facilitated by the superior technology of the wind turbines.

Likewise, the greater distance between turbines -between 170 and 300 m in the new facility as opposed to an average between 45 and 65m in the old one- makes it much easier for birdlife to fly through, and the slower rotation speed of the blades also means less risk of collision.

The new El Cabrito will generate on average 112 gigawatt-hours (GWh) of clean energy per year, around 16% more than the old wind farm. This supply of renewable energy is equivalent to the consumption of around 30,000 homes, avoiding the emission of 107,000 tonnes of CO2 from coal-fired power plants.

The renewal of El Cabrito represents a singular initiative in ACCIONA’s strategy, caused by the out-of-date technology in the old wind farm. In general, the company goes for the extension of the working life of its assets through predictive maintenance programmes based on the smart management of large volumes of data (big data), AI technologies and machine learning, which can considerably prolong the durability of the equipment. 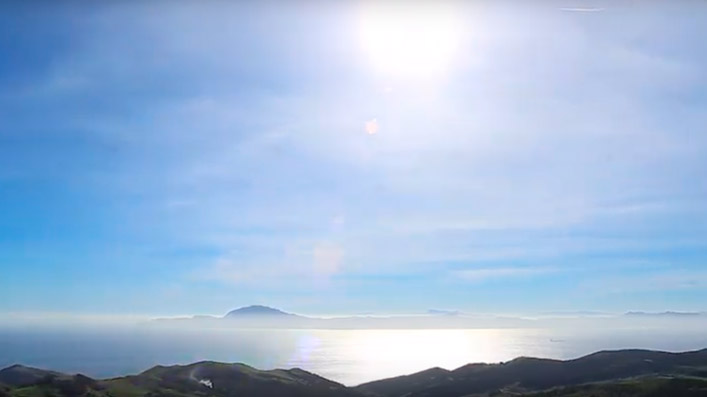 Photo caption: The pictures show El Cabrito Wind Farm before and after being renovated.