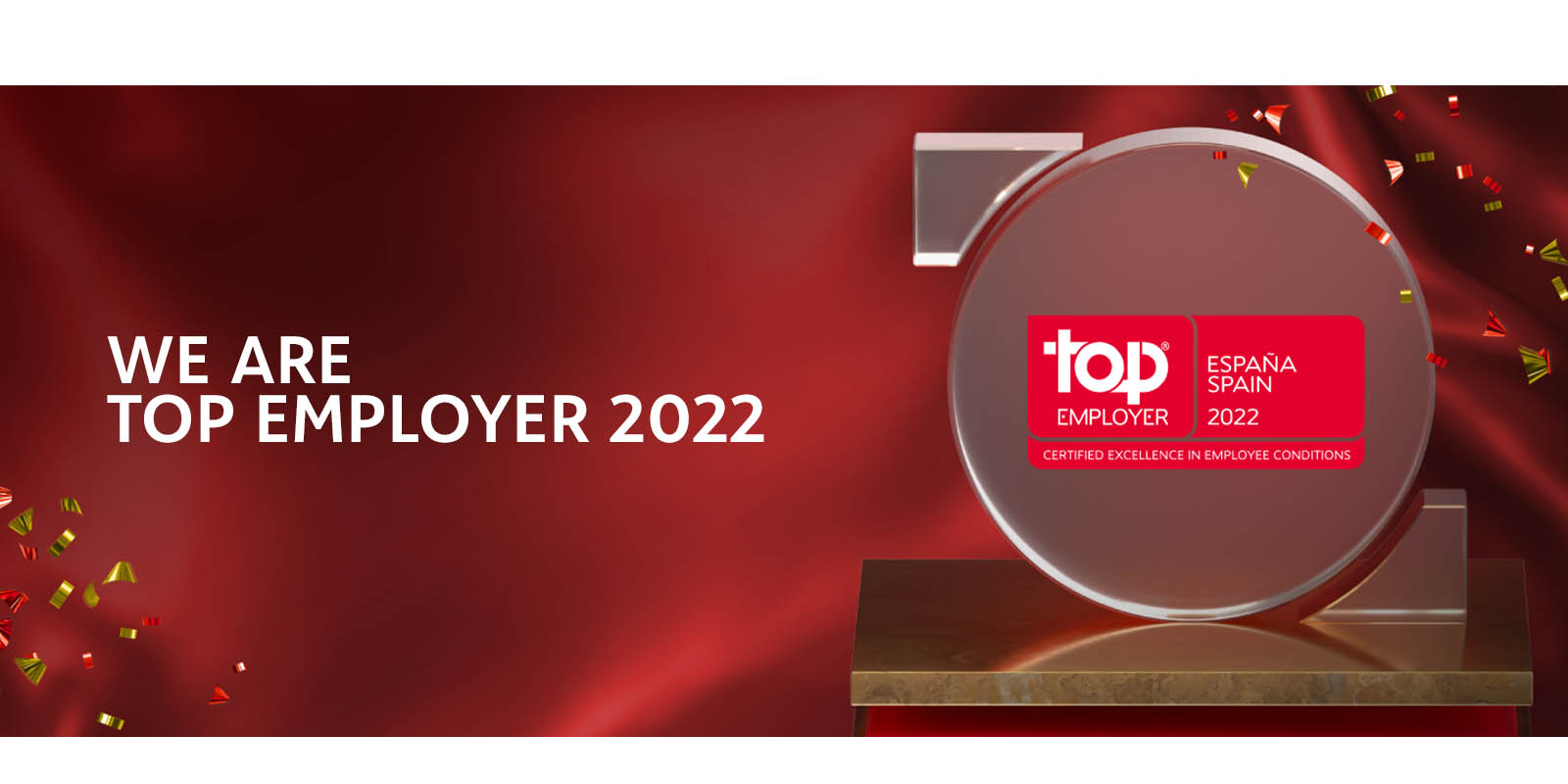 ACCIONA has obtained the Top Employer 2022 certification in Spain, Brazil, Mexico, Australia, the US and Canada, as well as the Top Employers North America seal, which means the company is considered one of the best employers on the continent.

ACCIONA has renewed this year the Top Employer Spain certification it first obtained in 2021. The company’s leadership in human resources management was also recognized in another five of its main international markets.

The certification, awarded by the Top Employers Institute, is one of the most demanding and esteemed in the world in the field of corporate people management.

To obtain this accreditation, organizations are evaluated through the HR Best Practices Survey, which analyzes aspects related to people strategy, work environment, talent recruitment, training, employee wellbeing and diversity and inclusion, among others.

ACCIONA has been awarded the Top Employer 2022 seal for its Human Resources management, that promotes the values of respect, equal opportunities, diversity, gender balance, merit and continuous communication among employees.

"Reflecting on a demanding year that, like the previous one, has affected organizations around the world, ACCIONA has continued to demonstrate that it prioritizes maintaining excellent staff practices in the workplace. The company keeps tackling the challenges of the changing world of work, while working tirelessly to make a positive impact on the lives of their employees," says David Plink, CEO of the Top Employers Institute.

For more than thirty years, the Top Employers program has certified more than 1,850 companies in 123 countries on five continents. These companies have a positive impact on the lives of more than 8 million employees worldwide.

ACCIONA, through its People strategy for people management, leads initiatives aimed at encouraging diversity in its workforce, gender equality, talent promotion and sustainability.

One of these initiatives, applied transversally across all the company's projects, is called "Sustainable Difference", through which ACCIONA prioritizes people management in its sustainability strategy, at the same level as economic and environmental goals.

Another noteworthy initiative is "Sostenibl@s 50:50", which promotes the inclusion of women in traditionally male-dominated activities.  To achieve this, the company identifies local female talent and provides adequate training for the execution of specialized tasks. In this way, apart from increasing the employability of these women, ACCIONA contributes to the creation of replicable models and to eliminating the still persistent stigmas regarding women’s presence in certain activities.

An example of this initiative can be found in the construction of the Sao Paulo metro Line 6 in Brazil, where 70% of the workforce in the stonework factory is made up of women. The Loreto Project in Australia also stands out, where ACCIONA has reached gender parity in the construction of a school, as well as the Marga Marga Hospital in Chile, whose nursery unit has been built entirely by women. In the energy sector, the Grid Code Conecta Project in Spain is also noteworthy, where 50% of the grid code team are women, who work on the interconnection of energy projects, as well as the Women in the Isthmus project in Oaxaca (Mexico), which promotes the selection and development of female engineers in the field of wind power.

ACCIONA currently has 38,000 employees of 131 nationalities. In 2021, the Refinitiv Diversity & Inclusion index ranked the company as the 36th best business in the world in terms of Diversity and Social Inclusion.