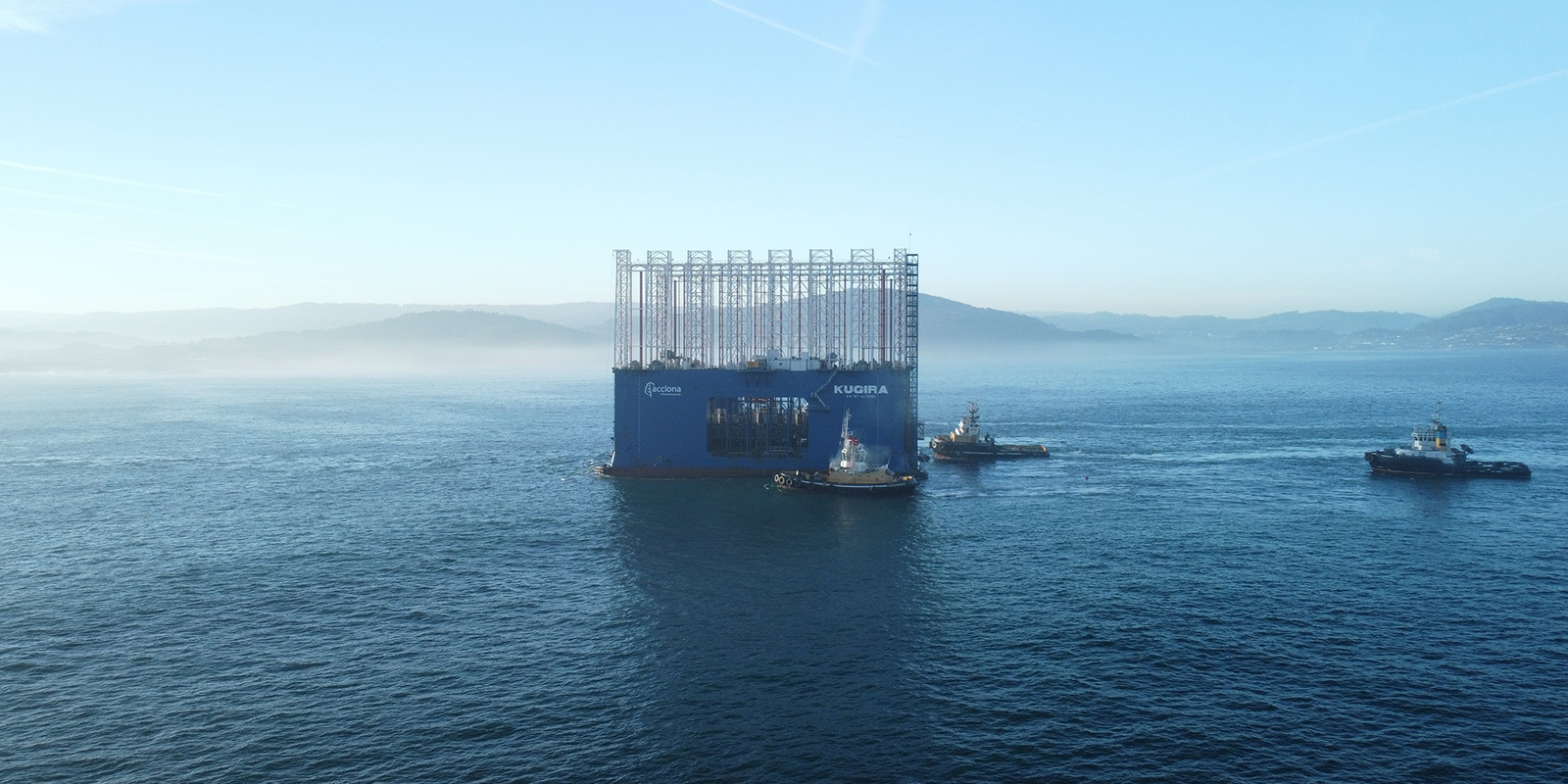 The outer port of A Coruña has received the Kugira, the largest floating caisson dock in the world, owned by the Spanish company ACCIONA.

The Kugira, with a height equivalent to an 18-storey building (56 meters), allows the on-site manufacture of large-scale concrete caissons for the expansion of ports and other infrastructures in a faster and more sustainable way.

ACCIONA will manufacture in the outer port of A Coruña, using this floating dock, six concrete caissons of 60 by 24 meters each for one of its clients.

The construction of these pieces, each weighing more than 15,000 tons, will take place between early October and late December and will directly or indirectly employ some 300 people.

ACCIONA has chosen the outer port of A Coruña to carry out this task because it is one of the few Spanish ports that allows the loading of the caissons, an operation that requires 30 meters of draft.

The president of the Port Authority of A Coruña, Martín Fernández Prado, pointed out that “A Coruña is proud that such a unique work can be executed in our port, which highlights once again the optimal endowments of the Outer Port and its capacity to host large operations related to the off-shore industry and the cargo project”.

The construction process begins with the execution of the caisson floor. Subsequently, using a slipform, the caisson walls are built.  As the caisson is concreted, it is submerged in the water.  Transport is usually carried out using a tugboat. Once the caisson has been moved to its anchorage point and its correct positioning has been ensured, it is anchored by flooding its cells until the caisson touches the dono. Subsequently, the cells are filled with granular material.

Specifically, the Kugira (Whale in Japanese), has participated in the construction or expansion of national ports such as Escombreras, Tarragona, Los Mármoles, Algeciras or Barcelona and in Galicia the Kugira was responsible for the construction of the port of Ferrol. Internationally, it has played a key role in projects in Brazil.