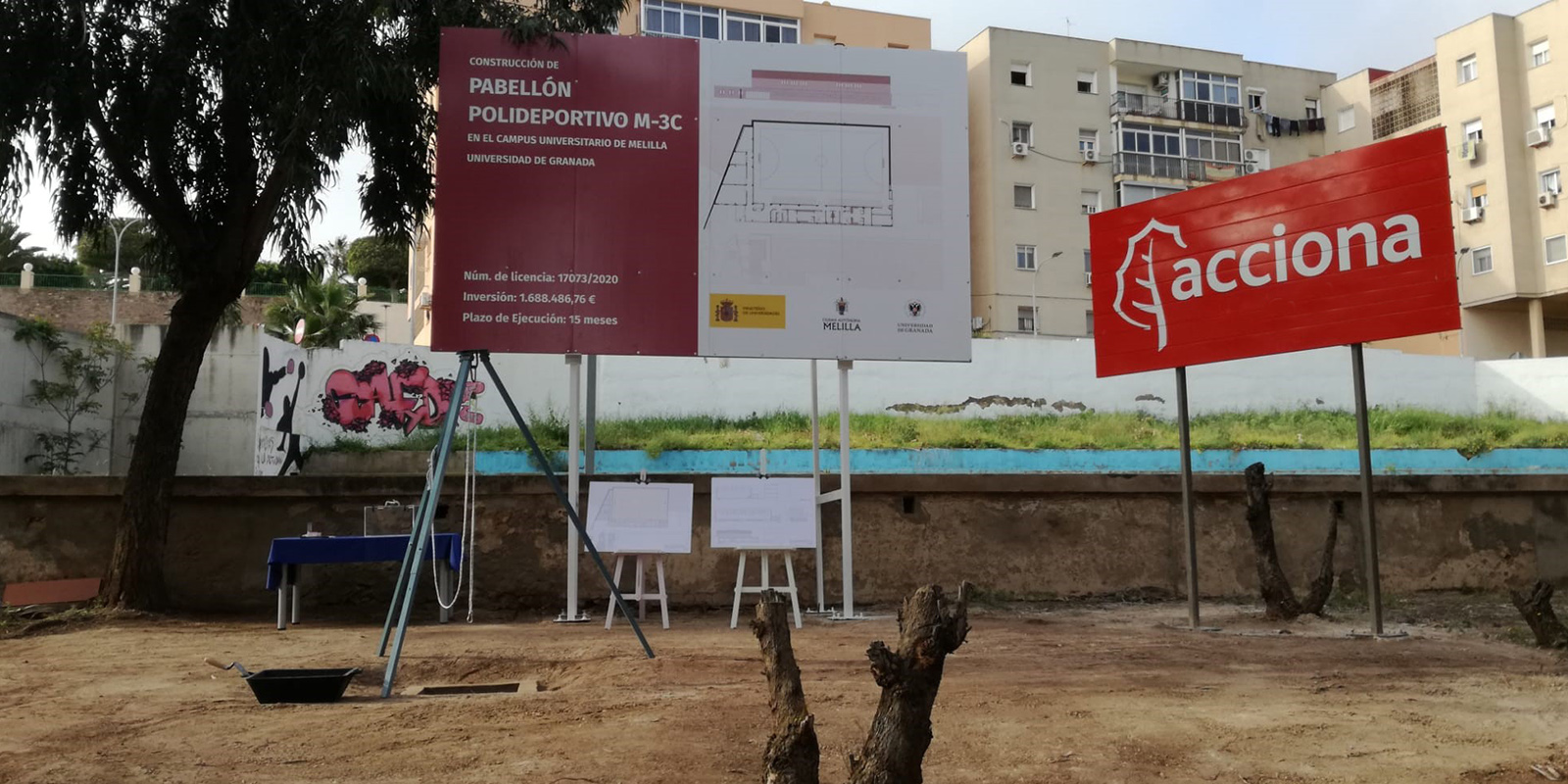 The presentation of the project and the ground-breaking ceremony for the works to construct the sports centre for the University of Granada, commissioned to ACCIONA, took place last Friday, April 23.

The project consists of building a 44-metre high and 27-metre wide sports centre, which will include a handball, futsal and basketball court, changing rooms and offices, as well as exercise and biomechanics physiology laboratories, among other facilities.

In addition to constructing the sports centre, ACCIONA will hard-landscape the surrounding area in order to integrate the building with the rest of the campus. Lastly, the company will carry out additional works such as installing lighting, hot water, ventilation and the plumbing works, as well as equipping the centre with the corresponding sports materials. The construction will span a total area of approximately 1,700 m².

Construction of this sports centre will improve the conditions needed to provide degree-level teaching on the campus, ensuring its future viability.

ACCIONA’s representatives were accompanied at the event by the president of the autonomous city of Melilla, Eduardo de Castro; the vice-chancellor of the University of Granada, Pilar Aranda Ramírez; Sabrina Moh Abdelkader, the Spanish government’s representative in the autonomous city of Melilla; and Lucia Herrera, dean of the faculty of education and sports sciences at the University of Granada in Melilla, among others.