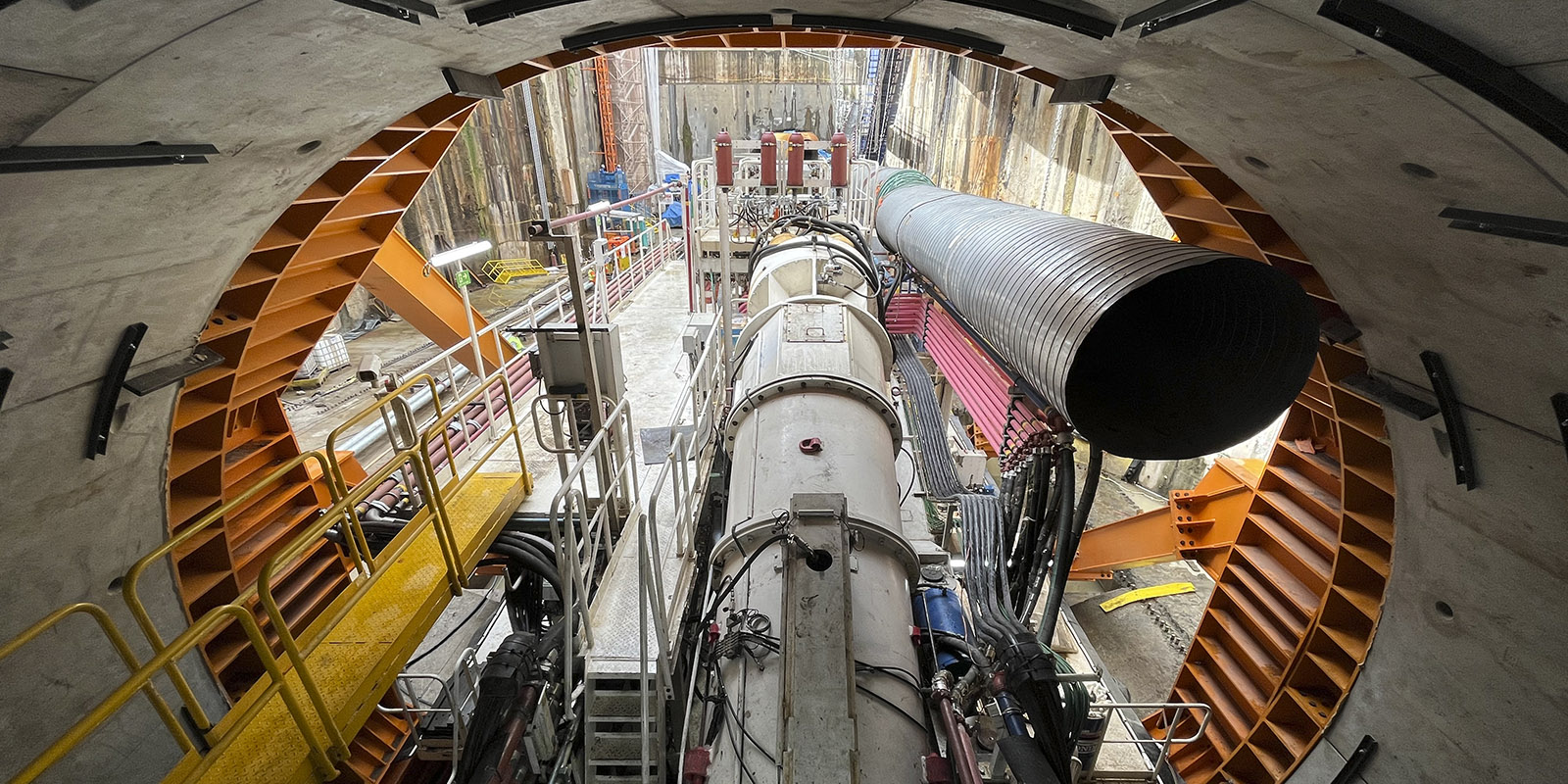 On 14 December, the Linha Universidade concession company and ACCIONA officially opened the segment lining ring factory that will manufacture the concrete segments to construct the tunnels of the future Line 6 of the São Paulo Metro (Brazil). In total, it will manufacture more than 60,000 new segments to construct the line, which is expected to open in 2025.

“Approximately 70% of the personnel that will work in the segment factory will be women, which demonstrates our commitment to diversity and gender inclusion in a sector that has traditionally employed more men”, said André De Angelo, Country Director for ACCIONA in Brazil.

The roles held by women in the factory include production assistants, load handlers and quarry assistants, as well as other leadership roles such as production managers, engineers and technicians.

The majority of these women did not have experience in the sector or in their roles. They were selected by ACCIONA’s Women in Construction programme, which in addition to employing women, provides them with certified professional training as part of the training plan, through local institutions such as Senai and Escola da Movimentação.

The segment factory is strategically located in a quarry in the district of Perus (São Paulo). It spans an area of 40,000 m2 and is close to major highways such as the Rodoanel, Rodovia dos Bandeirantes and Marginal Tietê.

The unit has a production capacity of 15 rings per day, equivalent to 27 metres of tunnel. Nine segments are required to complete each lining ring, which has an external diameter of 10.2 metres, a thickness of 1.8 metres and weighs 58 tons. More than 60,000 segments will be manufactured to complete the works, using 145,000 m3 of concrete, 58,000 tons of cement and more than 9,000 tons of steel.

The production process for each concrete ring is divided into different stages, from cleaning the moulds through to joining them together. After 28 days of storage –the optimum time to cure the concrete– the segments are transported to the head of the tunnel boring machine, which will install them while it excavates the 15.3 km of the new metro line.

The first segments have already been successfully transported. The first tunnel boring machine, which will excavate towards the south, began operating on 16 December and will construct the 10 km section between the stations of Santa Marina and São Joaquim.

The second tunnel boring machine will come into service at a later stage. This will construct 5.3 km of tunnel through rock in a northerly direction towards the future Brasilândia station.

The Line 6 project currently has more than 5,000 direct and indirect workers, spread across 19 simultaneous work fronts. More than 9,000 jobs are expected to be created during the works.