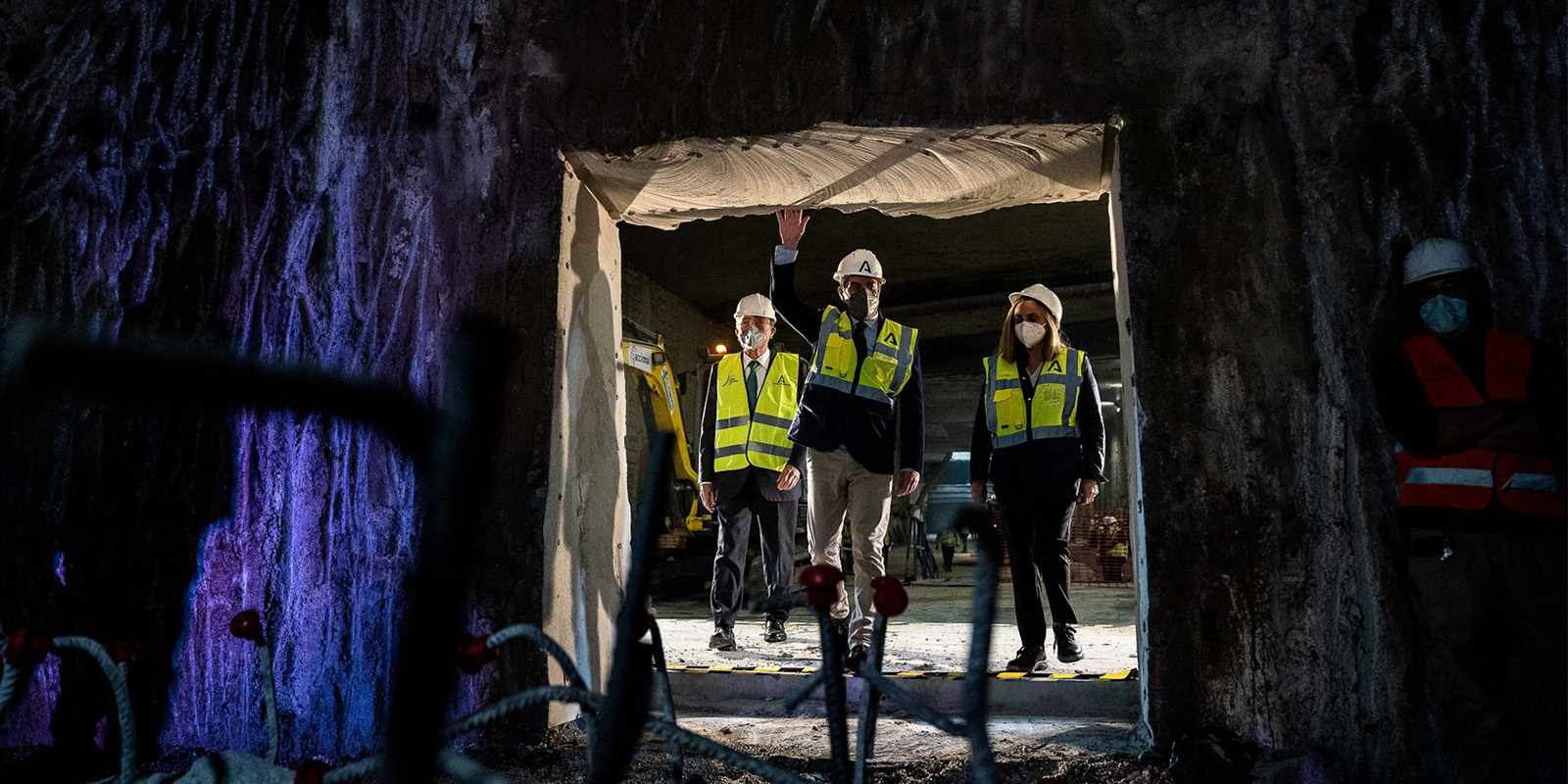 On Wednesday, ACCIONA received a visit from the president of the regional government of Andalusia, Juan Manuel Moreno, at an event marking the breakthrough of the connecting wall between the Guadalmedina–Renfe and Atarazana–Guadalmedina tunnels that are part of the Málaga metro works. The interconnecting wall between the tunnels was broken through by a backhoe loader.

ACCIONA, in a consortium with an Andalusian company, has various works in progress that are part of three contracts on the shared route of lines 1 and 2 of the Málaga metro, specifically on the Guadalmedina-Renfe and Guadalmedina-Atarazanas sections.

The first two contracts relate to extending the tunnel that connects El Perchel station (Maria Zambrano station on the high-speed line) with the new stations of Guadalmedina and Atarazanas, crossing under the Guadalmedina River, together with the branch for the future extension of Line 2 of the metro to the Hospital Civil on Calle Armengual de la Mota. The third contract, awarded last year, relates to the section between Renfe-Perchel and the Alameda Principal and includes construction of two stations, a ventilation shaft and the equipment for the non-railway systems for the tunnel between the stations, among other aspects.

The three projects, which have a combined budget of more than €65 million, were awarded by AOPJA, the public works agency of the regional government of Andalusia, and relate to a section that runs through the historic, tourist and commercial centre of the provincial capital, making this route and these works hugely significant.

The breakthrough event was also attended by other dignitaries such as the mayor of Málaga, Francisco de la Torre, and the regional minister for public works, infrastructure and territorial planning of the regional government of Andalusia, Marifrán Carazo.

The company has extensive national and international experience of constructing railway infrastructures. Its most iconic projects in Spain include the Madrid, Bilbao and Barcelona metros, while internationally it has carried out projects in Ecuador, Dubai and Brazil, among others.

The company has laid more than 48 km of track for the Madrid metro, constructing nearly 40 stations and extending lines 2, 6, 7, 8, 9, 10 and 12 and sections 1B, 1C and 2A of the Metronorte. These projects were developed in urban environments with high building densities, a challenge that ACCIONA has become accustomed to solving.

In Latin America, ACCIONA is constructing the first line of the Quito metro. Construction of the metro’s tunnel, which is 22 km long, required the use of three EPB-type tunnel boring machines with a diameter of 9.4 metres. This suburban transport infrastructure will revitalise the public transport system in the Ecuadorian capital and be capable of carrying up to 400,000 people a day. The company has also recently signed the concession agreement to construct and operate Line 6 of the São Paulo metro in Brazil.