Nye Veier and ACCIONA complete the excavation of the Være tunnel

After 398 explosions, Nye Veier and ACCIONA have broken through the new tube of the Være tunnel. 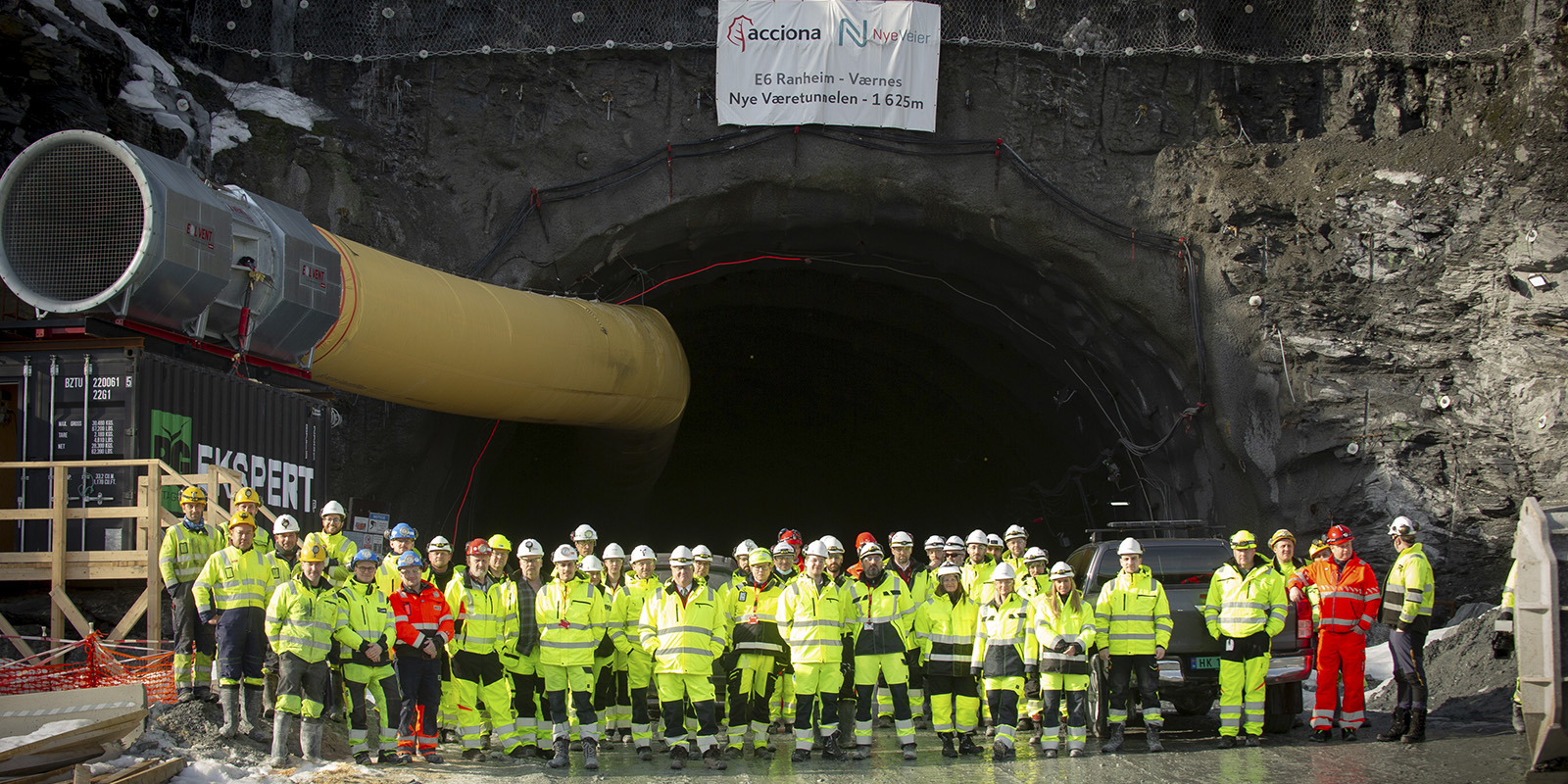 Those who pass the Være-tunnel on a regular basis have most likely noticed the large-scale work that has been carried out there. Blasting work has led to the tunnel being closed for short periods, several times a day. Now, Nye Veier and ACCIONA have blasted their way through the new tunnel section of the Være tunnel.

“This is a milestone that the participants in the project have been looking forward to. We are now one step closer to the new E6 from Ranheim to Værnes. When we are eventually finished and all the tunnels have double tubes, we will have a considerably safer road”, says Rønsberg, project manager at Nye Veier.

The project is entering a new phase

Even though there is a breakthrough in the tunnel, blasting work will still be ongoing in the Være tunnel and it will be necessary to close it for traffic. Preferably during the day, and the frequency will be somewhat reduced.

“With the breakthrough today, the project enters a new phase”, says Rønsberg.

Work will now be done on the tunnel's infrastructure, such as surface water pipes, electrical work, safety work and road construction. Safety inspections and tests will then be carried out before road users can drive through the new tunnel. This might happen at the turn of the year 2023/2024.

In addition to working inside the tunnel, there will be more work outside. This means that there will be more visible work in the time to come. This will also affect E6 traffic. The project will establish two roundabouts on the E6, probably over the next few weeks, one on Ranheim and one on Sveberg. These roundabouts are necessary to ensure the safety of both the road users and the workers. But they can affect accessibility.

“This means that it may be a good idea to add a few extra minutes to the planned driving time”, says Rønsberg.

The roundabouts will be removed towards the end of the project.

“The breakthrough in the tunnel is a visible proof of the good work our employees and partners have done. Together they have handled challenging tasks, including a pandemic. This is a great day for everyone involved, especially for all those who have worked inside the tunnel. But it is also a day of joy for the local community, residents and businesses in Trøndelag, which is now a big step closer to a new and better connection between Ranheim and Værnes”, said Francisco Vicente Soto, project director at ACCIONA.

The breakthrough of the two remaining tunnels is expected during the first half of 2022.

• 7.1 kilometres of the stretch are in tunnels:

- Hell tunnels: 3.8 kmAll the tunnels will have two tubes, which will both increase capacity, significantly improve traffic safety and reduce the need for detours in the event of, for example, accidents and maintenance work.

• 550,000 tonnes of rock have been blasted out. Much of the stone will be used in the construction of the new road.