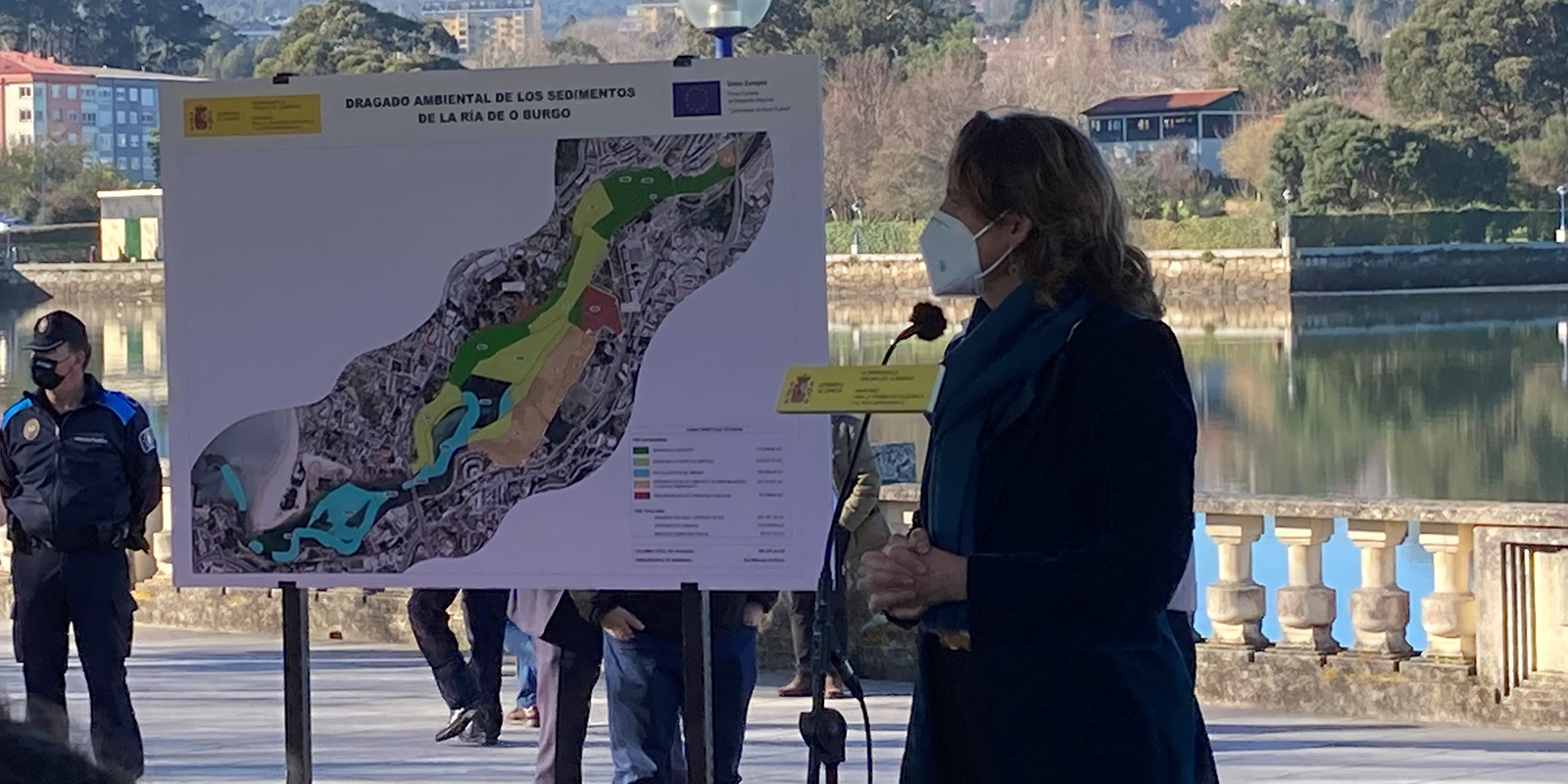 On 13 January, the Minister for the Ecological Transition and the Demographic Challenge, Teresa Ribera, visited the environmental works dredging sediment in the O Burgo estuary in A-Coruña, which are being carried out by a joint-venture led by ACCIONA.

The project primarily consists of removing contaminated material from the estuary and partially replacing it with uncontaminated sediment. This will help to improve the quality of the water and the estuary; encourage the recovery, productivity and quality of the shellfish beds located there; and promote leisure and recreational use of the area.

To carry out the project, which has a budget of around €32 million, the O Burgo estuary has been divided into 19 sectors based on the results obtained from the sediment classification surveys.

The material classified as Category IIIA and II with Positive Toxicity will be confined to two areas set up for this purpose in Oleiros and Culleredo. Both areas, containing more than 161,000 m3, will be integrated into the seafront promenade and used for recreational purposes.

The project also contemplates other supplementary works such as collecting bivalves from the estuary and reseeding them with the same species, as well as transplanting marine seed plants and other actions to clean the estuary.