The LIFE DREAMER project, a winner in the IWA 2021-2022 Innovation Awards 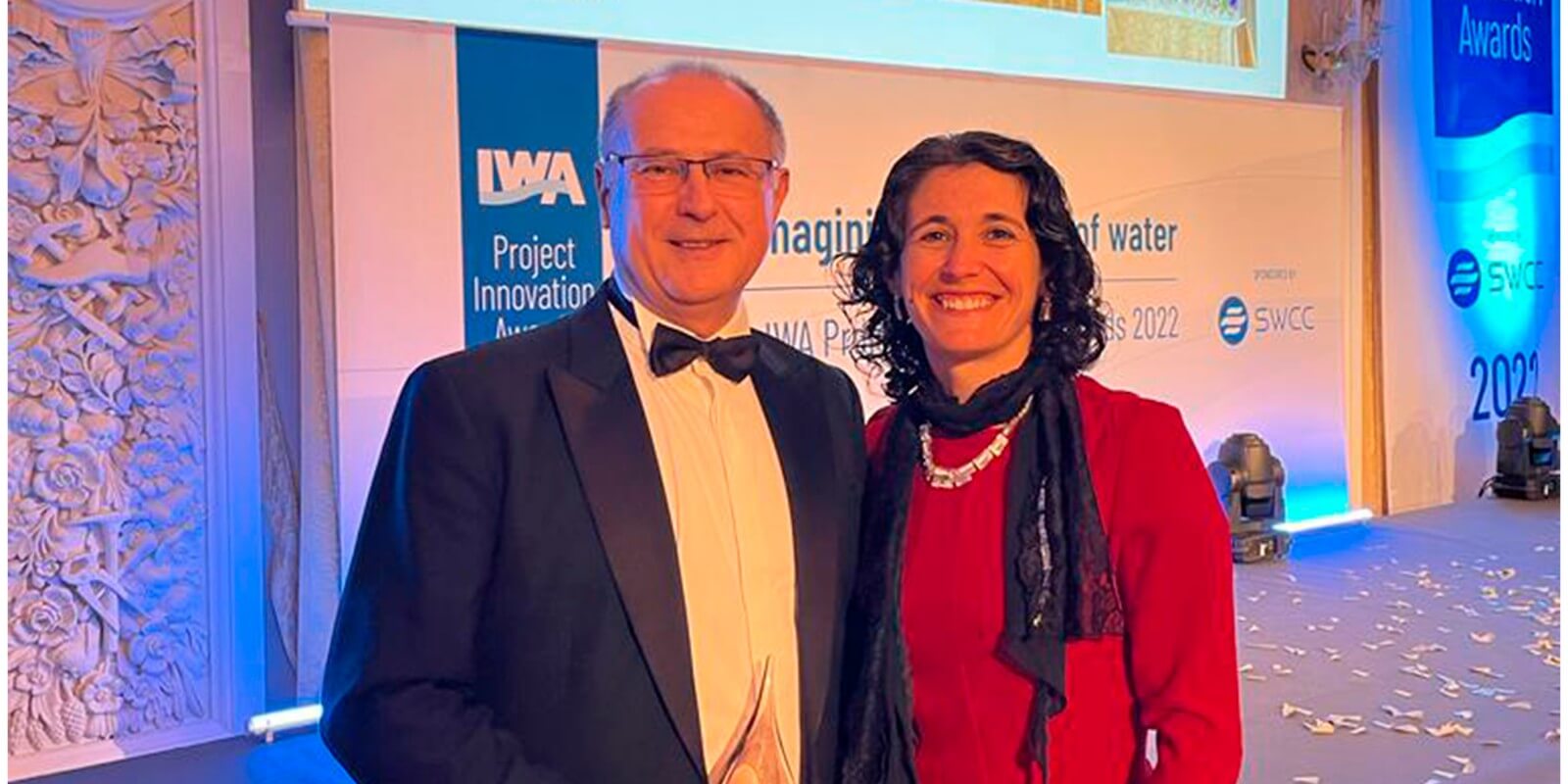 The LIFE DREAMER innovation project, led by ACCIONA and its partners AQUASTILL and WE&B, received a prize in the “Improving performance and operational solutions” category by the International Water Association (IWA) during the 2021–2022 Innovation Awards.

A panel of experts evaluated 203 candidatures from 52 countries, recognising the LIFE DREAMER project (an environment-friendly desalination system: conversion of seawater into valuable resources) as a finalist for the award.

During the gala dinner in Copenhagen (Denmark) last 13 September as part of the World Water Congress of the IWA, the project was announced as the winner. Jorge Malfeito and Olga Ferrer received the award in representation of ACCIONA.

The LIFE DREAMER project ran from September 2017 to December 2020 with support from the LIFE programme of the European Union. Specifically, it was developed in San Pedro del Pinatar (Murcia), where a pilot demonstration was also made. It is a highly efficient system for seawater desalination that, as well as producing potable water, is able to recover resources that can then be used in the desalination process itself or in other activities. In terms of efficiency, the overall conversion level of the system increased and the specific consumption of energy and chemical reagents diminished. As for the circular aspect, currents rich in calcium, magnesium and phosphorous were generated. In terms of sustainability, the life cycle analysis indicated that the environmental impact -in all the categories considered- was lower than in a conventional desalination process.

The LIFE DREAMER project had previously won an award in the WEX Global Conference in 2020 in the “Innovation for desalination projects” category.