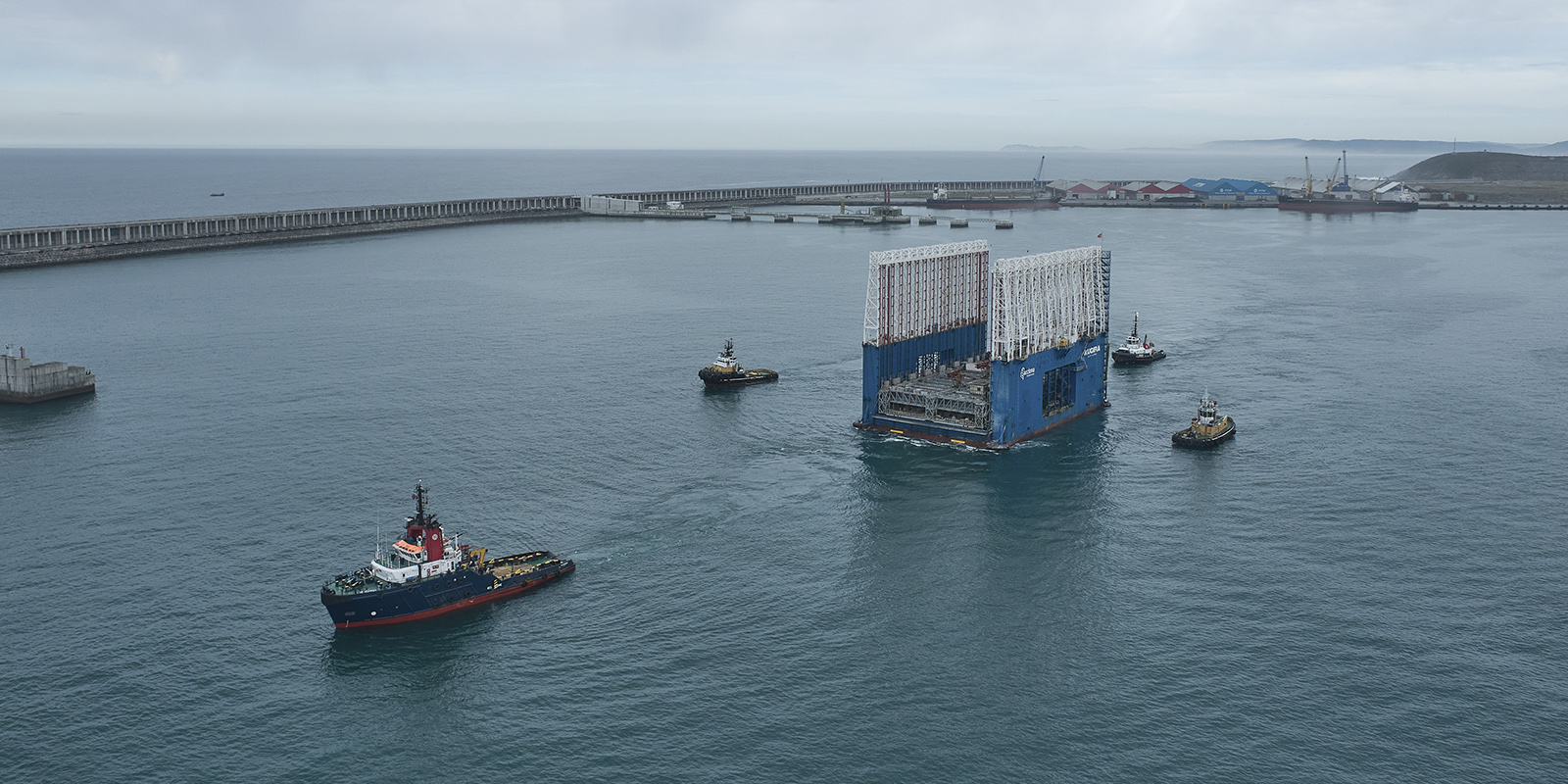 The Kugira caisson-building floating dock owned by ACCIONA left the Outer Port yesterday after having manufactured six large concrete caissons as part of a project that began in October last year. The Kugira set sail towed by the Hispania, which will take it to Cádiz.

The Kugira, the world’s largest caisson-building dock at a height of 56 metres, manufactured six concrete caissons in Punta Langosteira, each one 60 metres long, 24 metres wide and weighing 15,000 tonnes. The works began in early October and created 300 direct and indirect jobs.

The six large caissons have been sunk in the waters of the Outer Port before being transported to their final destination in Southeast Asia in the coming weeks.

ACCIONA selected the Outer Port of A Coruña to carry out this work because it is one of the few Spanish ports that enables the caissons to be handled – an operation that requires 30 metres of water.

The Punta Langosteira harbour is ideal for these kinds of offshore operations and cargo projects thanks to its deep waters, extensive land area and local business know-how.