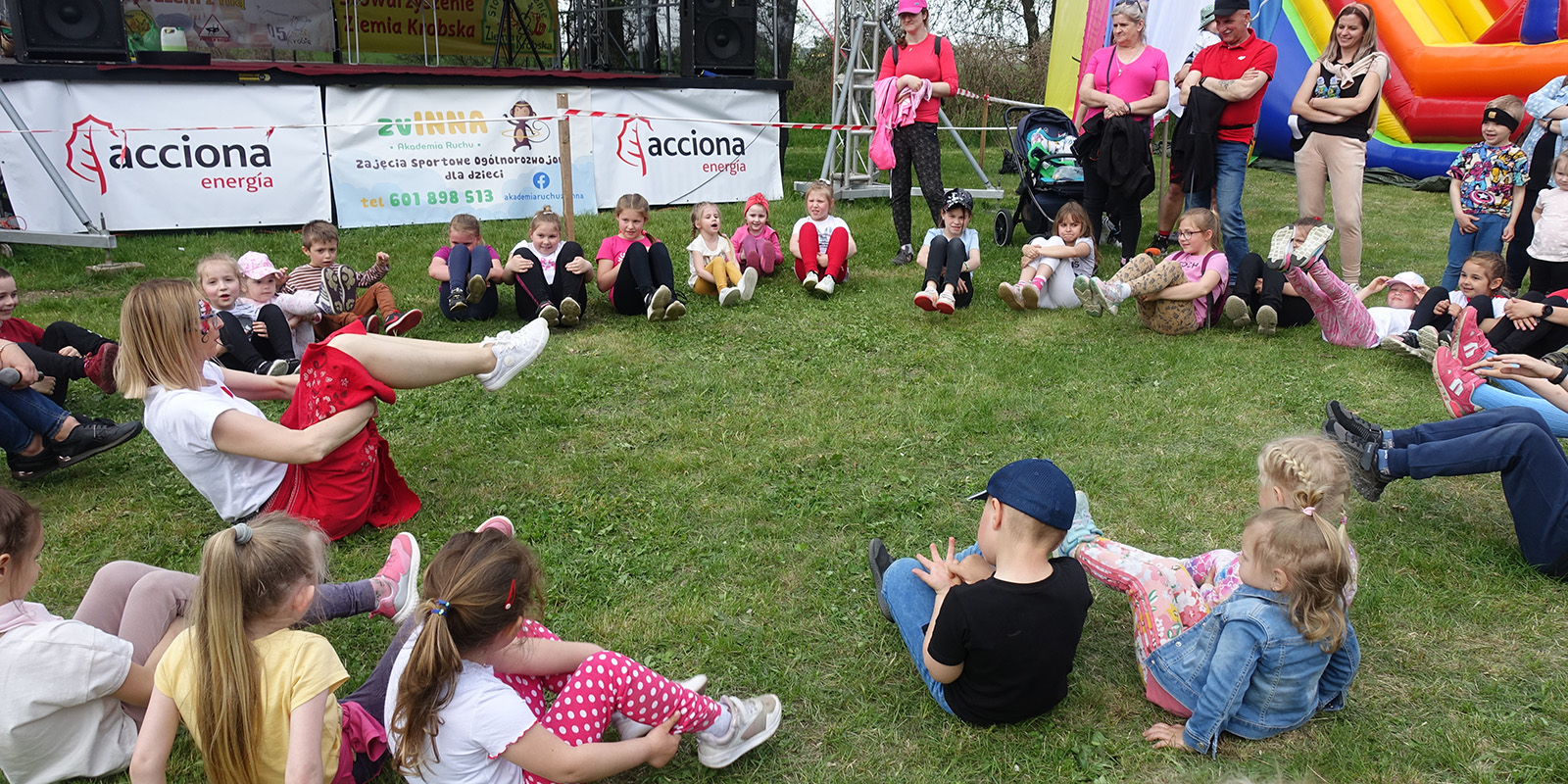 ACCIONA Energía developed several initiatives around its wind farms in Poland with the common goal of raising public awareness of the importance of caring for the environment, on the occasion of the celebration of International Earth Day (April 22) and Earth Day. Water International (March 22).

Coinciding with World Earth Day, ACCIONA Energía cooperated in the “Clean Municipality” campaign held on 22 and 23 April in Krobia, a locality close to the Krobia I and Poniec II wind farms, together with Krobia Town Council and other interest groups.

Overall, 1,200 people took part in the event – local residents, representatives of schools and kindergartens, local public officials, children and young people, and NGOs and representatives of the Association of Municipalities of the Region of Leszno. The aim was to clean up the entire town and raise awareness around the importance of caring for the environment. A total of 305 bags of rubbish and 15 tyres were collected, and a raffle of 260 fruit trees financed by ACCIONA Energía was organised.

To round off the initiative, a “Spring Race” was organised in Karzec on 3 May. It ended with an ecological picnic enjoyed by 800 local residents. The participants ran or walked 3.5 kilometres (just over 2 miles) along paths in the forest of Karzec and then had the opportunity to take part in ecological workshops (including planting herbs), entertainment for children, bouncy castles, food stalls and a competition to demonstrate knowledge about the correct classification of waste products. The winners received 260 fruit trees donated by ACCIONA Energía and all the participants received a packet of flower seeds.

A collection of articles for people in Ukraine was also organised.

On World Water Day (22 March), ACCIONA Energía organised an environmental education event in Poniec, near the Krobia I and Poniec II wind farms, together with other stakeholders such as Poniec Town Council and the local Wastewater Treatment Plant. Around 1,000 people took part, the aim being to raise awareness around the fundamental role of water and the great threat represented by a reduction in its resources.

The participants had a chance to attend an ‘eco-cinema’ that projected a video on the correct sorting of rubbish, experimenting with the properties of water in a laboratory and carrying out a range of handicrafts. There was also an art competition with the theme "Save water"; the first prize was a trip to Hydropolis in Wrocław, won by Class 6 of Poniec’s Primary School.

Throughout the day a campaign called “A tree from bottles” was held. The participants received a tree donated by ACCIONA Energía (with the option of fruit or deciduous trees) in exchange for handing over a bag full of plastic bottles. Three hundred trees were distributed overall. The first symbolic ones were handed over by Mr Jacek Widyński, the Mayor of Poniec, and Ms Magdalena Liberadzka, Office Manager of Acciona Energy Poland Global, which funded all the trees handed out during the event.

Through this kind of initiative, a part of the company’s Social Impact Management of its facilities, ACCIONA Energía sets out to convey values such as respect for the environment and teamwork, while also contributing to bring about harmonious coexistence with the communities in the areas where the company has projects or facilities.