Inauguration of the Guadalmedina Metro station, built by ACCIONA in Malaga 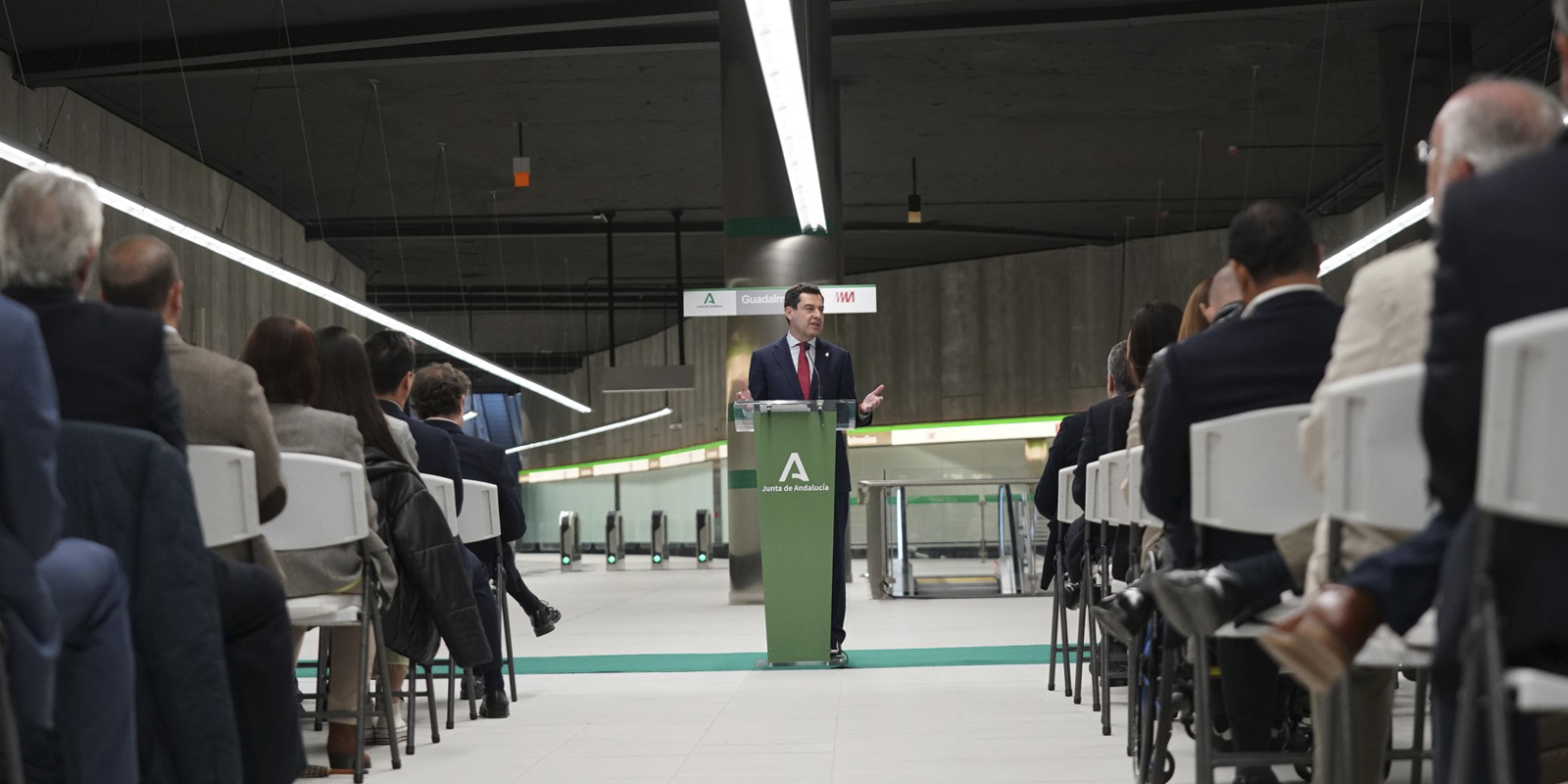 On 22 April the inauguration of the Guadalmedina Metro station on Lines 1 and 2 of the Malaga Metro took place.

The opening ceremony for the station, built by ACCIONA in a joint venture with a local company, was attended -among other personalities- by the President of the Government (Junta) of Andalusia, Juan Manuel Moreno; the Mayor of Malaga, Francisco de la Torre; Regional Minister for Public Works, Infrastructures and Territorial Planning Marifrán Carazo and the Managing Director of AOPJA, Julio Jesús Caballero, together with representatives from ACCIONA.

The new Guadalmedina station is on a 1-kilometre-plus section that runs from Renfe-Perchel to Atarazanas, located between Glorieta Albert Camus and Plaza Poeta Manuel Alcántara, along the Callejones (alleys) of Perchel.

It has three accesses (calle Armengual de la Mota, Avda. de la Aurora and Plaza de Albert Camus) and two underground levels that facilitate the change from one line to the other. The platform on both levels is central, 10 metres wide and 66 metres long, to serve the two lines that emerge from the tunnel on each level.

ACCIONA has also equipped the station with all the necessary equipment and facilities to provide the Metro service, except for the signalling.

ACCIONA in the Malaga Metro

ACCIONA is currently working on three projects in a joint venture with a company from Andalusia, corresponding to three different contracts on Lines 1 and 2 of the Malaga Metro: the Guadalmedina-Renfe (Perchel) and Guadalmedina-Atarazanas sections.

The first two are the extension of the tunnel that connects the station of El Perchel (Maria Zambrano AVE [high-speed train] station) with the new stations at Guadalmedina and Atarazanas. This crosses under the river Guadalmedina, together with the branch line for the future extension of Metro Line 2 to the Civil Hospital at Armengual de la Mota.

The last contract, awarded in July 2020, is for the section between Renfe-Perchel and Alameda Principal. It includes the construction of two stations and a ventilation shaft, as well as the equipping of the non-railway systems in the tunnel between the stations, among other things.

The three projects, with a total budget of more than €97 million, were awarded by the Public Works Agency of the Government of Andalusia (AOPJA) and correspond to a section running through the historic, touristic and commercial centre of Malaga, which gives the route and the construction work a key role.