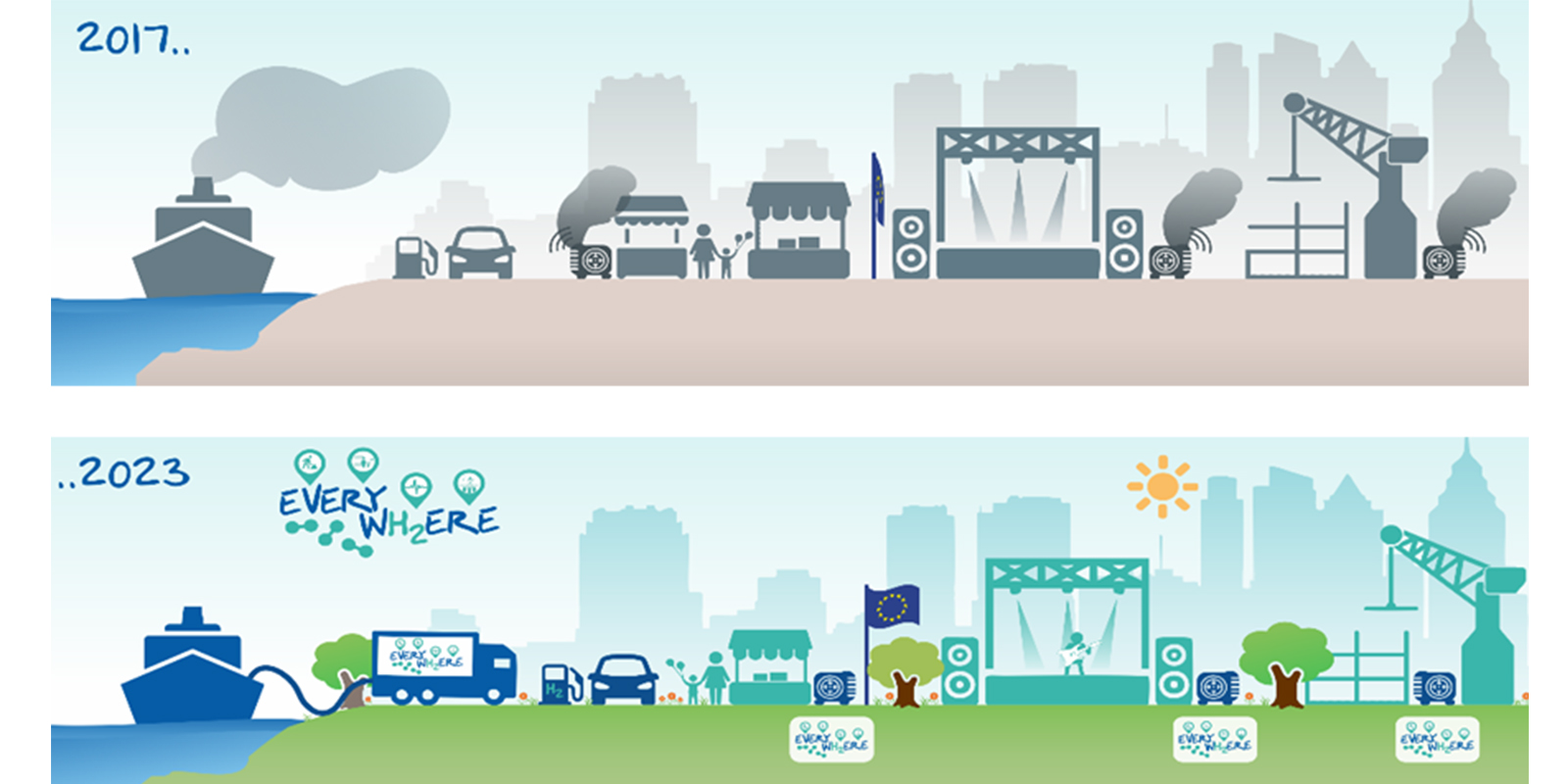 The European EVERYWH2ERE innovation project, in which ACCIONA is participating, has received the Best OutReach prize from the Fuel Cells and Hydrogen Joint-Undertaking (FCH JU) at the 2020 edition of its annual awards.

This project, part of the Horizon 2020 programme through which it is jointly financed, seeks to develop portable generators (gensets) that will produce electricity from hydrogen instead of fuel combustion. This will eliminate the CO2 emissions, noise and fumes produced by existing generators, making them more sustainable and efficient for environments in which they could not be previously used.

One of the major advantages of this project is that the 13 partners in the consortium come from a wide range of specialisations, such as hydrogen supply, fuel cell and generator development and manufacturing, environmental consultancy, music festival organisers and promoters, the construction sector, etc. This will help generate synergies to adapt this technology (currently used on a small-scale for stationary power generation applications, or in mobility and transport such as vehicles, boats and lorries) for use at construction sites, music festivals, temporary municipal public events, emergency situations, natural disasters, infrastructures that need protection from power outages (such as hospitals, data centres…) etc.

Starting this year, ACCIONA and its 12 partners in the consortium will begin to test the use of this equipment with different capacities (100KW and 25KW) in various situations and locations. ACCIONA’s role on the project is as a user. It will validate the technology’s use in the construction sector by implementing and rolling out a series of pilot projects using the prototype gensets at one or several of the works sites in its project portfolio throughout 2021.

The presentation of the FCH JU 2020 awards took place virtually and was watched by more than 1,000 participants who registered for the event, as part of the first European Hydrogen Week, to celebrate the strength and diversity of European innovation in fuel cells. The winning projects simplify and facilitate maintenance, and accelerate the manufacturing and roll-out of clean fuel cell technologies that are accessible to the general public in order to drive the energy transition forward. Furthermore, Hydrogen Europe Research, the association that represents the European research community in the FCH JU, presented awards to outstanding young scientists for widening the access to sustainable and efficient fuel cell technology for an extensive range of high impact applications.

The FCH JU is a unique public-private partnership that promotes and supports R&D+i activities into fuel cell technologies and hydrogen energy in Europe. Its members are made up of the European Commission, European corporations from the fuel cell and hydrogen sector, and the European research community in this field.