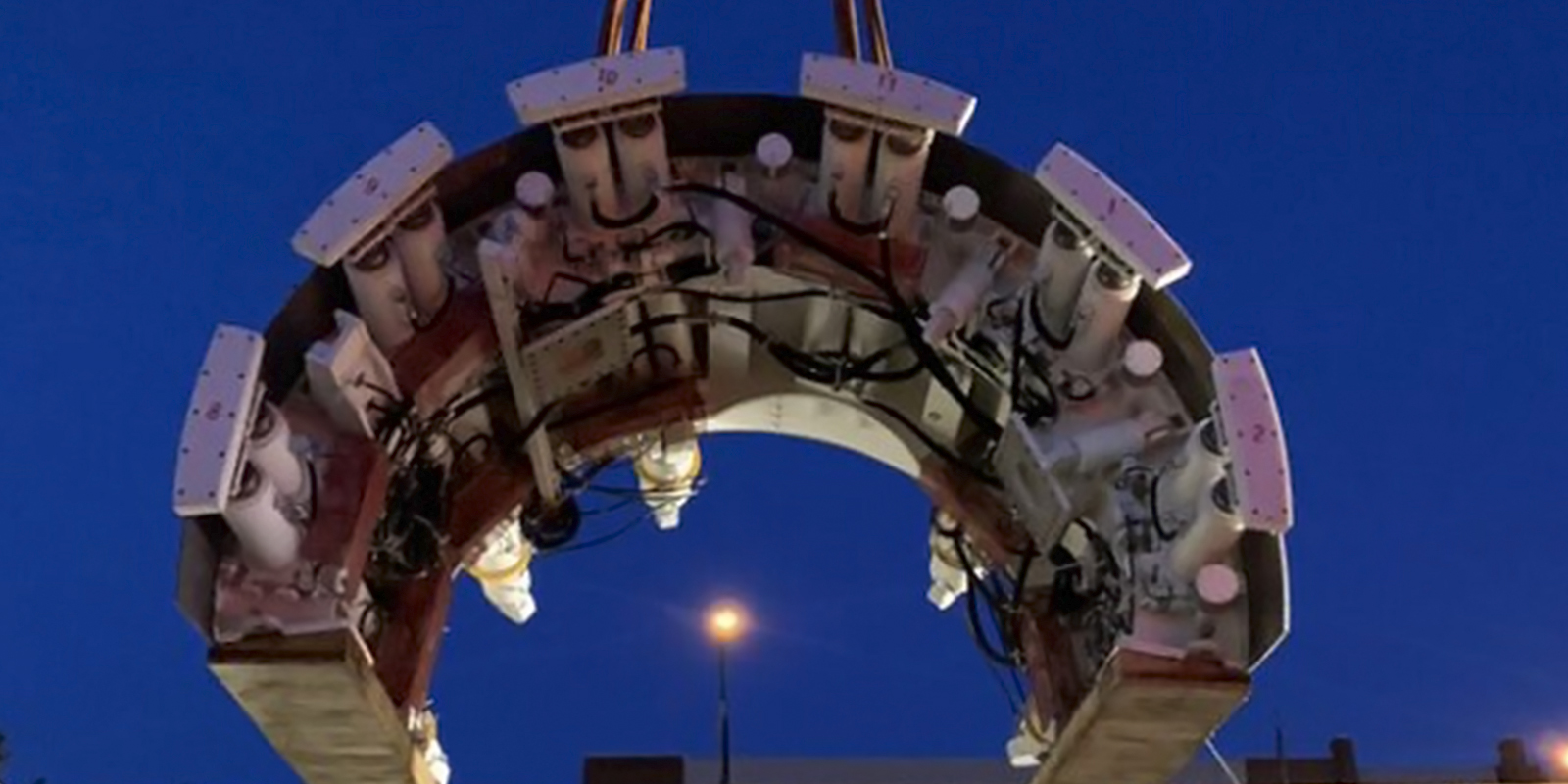 ACCIONA and its partner have received all component parts for the tunnel-boring machines (TBMs) that will dig the twin tunnels for the Broadway Subway Project, in British Columbia.

The second and final shipment of high-tech equipment left Germany on April 6, 2022, and arrived at Fraser Surrey Docks on May 20, 2022, after sailing to New York, through the Panama Canal and up the west coast of North America. The first shipment of parts arrived in B.C. on April 15, 2022.

The parts are being transported to the site of the future Great Northern Way-Emily Carr Station, where they will be assembled in preparation for launch. People who pass by the staging area near Great Northern Way at Thornton Street in the coming weeks may notice the large cranes that will be used to move the machine components.

Once assembled, the two six-metre-wide machines will be launched separately from the Great Northern Way-Emily Carr Station and tunnel to their removal point at Cypress Street, just east of the future Arbutus Station.

The TBMs will be named in the coming weeks and a ceremony later this summer will mark the official start of tunnelling, which is expected to take approximately one year.

The machines are custom-built to unique specifications for the type of construction as well as the underground conditions between Great Northern Way and Arbutus.

The 5.7-kilometre extension to the Millennium Line is due to open in 2025.

Each tunnel-boring machine (TBM) is six metres wide, 150 metres long and weighs nearly one million kilograms. Inside each TBM will be eight to 12 trained staff controlling the machines, that will advance approximately 18 metres per day.

The tunnels will be approximately 15 metres below ground, to a maximum of 20 metres at Broadway-City Hall Station.

The excavation of both tunnels will generate approximately 200,000 cubic metres of soil that will be moved on a conveyor system out of the tunnels at Great Northern Way

Once the machines arrive at Cypress Street, they will be disassembled and removed through an excavation shaft.