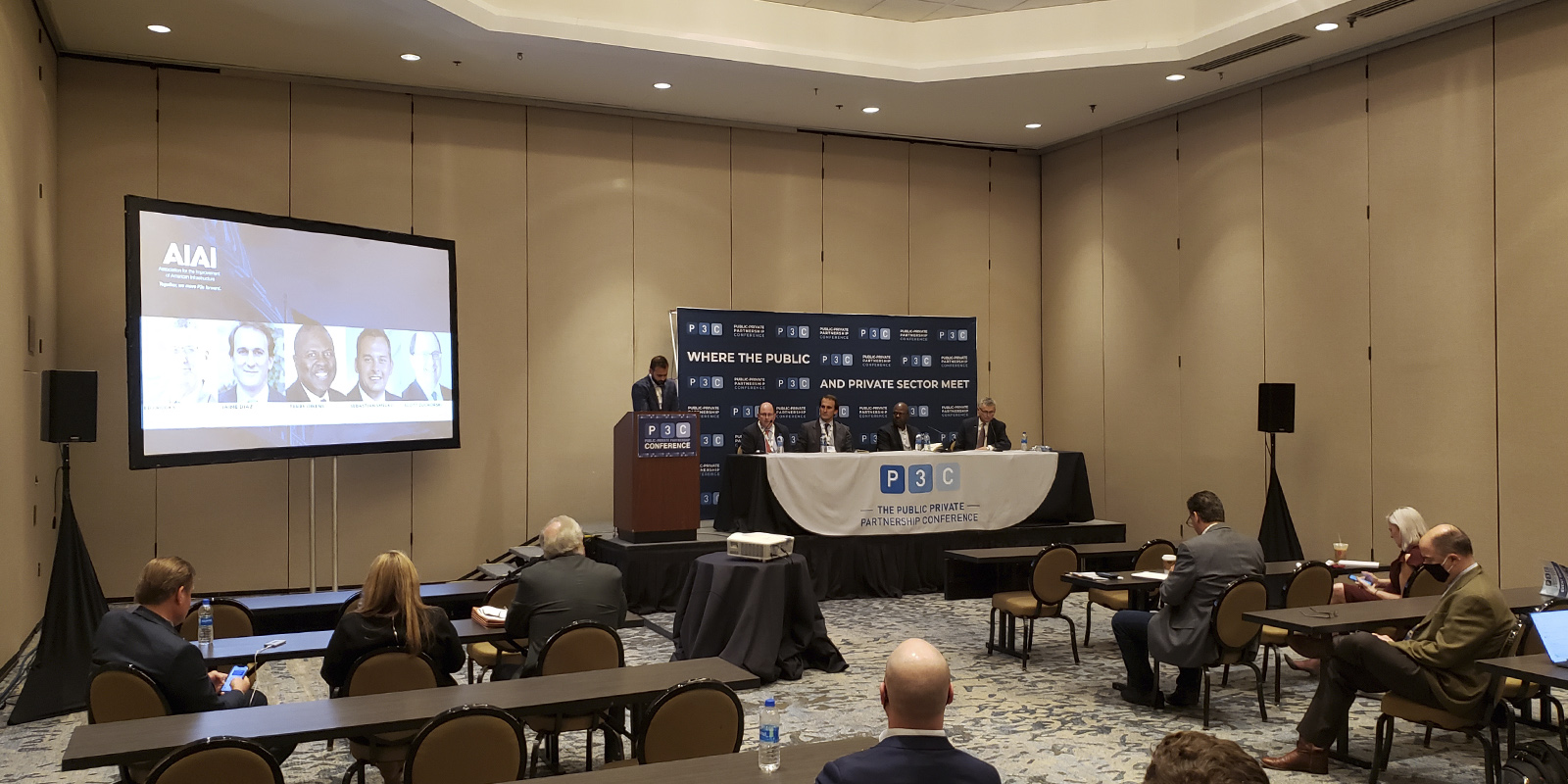 ACCIONA sponsored the P3 conference, held from 13 to 15 September, which focused on the role of public-private partnerships in the USA.

The event brought together public sector institutions and representatives with industry leaders to discuss public-private partnerships as a means of tackling the infrastructure challenges facing the country.

A series of plenary sessions, round tables and diverse work sessions analyzed the political, financial, technical and legal aspects that need to be taken into account when planning public-private partnerships. The event also examined new partnership models and how these are helping to create, maintain and improve social, transport, water and energy infrastructures across the country. New technologies and their use in resolving critical problems during project executions or for asset management were other central themes of the event.

Jaime Díaz, head of business development for concessions in North America, took part in the discussion panel entitled, “Opportunity Analysis for Large Infrastructure Projects: How Do You Stay Creative and Innovative While Working on a P3 Project?”

The panel discussed the strategic, legal, business and commercial approach to P3 projects and ways to stay ahead of the curve while considering laws, regulations, risks, advisors, goals, marketability, project delivery, schedule and so on.

ACCIONA also had a stand over the three days, promoting the company’s achievements in North America, as well as the main international projects carried out under public-private partnership models.

ACCIONA has been present in North America since 2001, especially in the areas of social, transport and water infrastructures, as well as in the energy sector.

In addition, this year the consortium led by ACCIONA has been selected to finance, construct, operate and maintain a flood prevention channel spanning more than 48 km between Fargo (North Dakota) and Moorhead (Minnesota).  This infrastructure will be used to divert rain and storm water in the Red River away from the population centres that are regularly affected by flooding. The project, which marks the company’s entry into the US concessions and construction market, will involve a total investment of €2.34 billion.

Furthermore, the projects carried out by ACCIONA in North America also include development and construction of two hospitals under P3 formats in British Colombia, namely the Hospital Fort Saint John and the Hospital Royal Jubilee in Victoria.

In the water sector, ACCIONA has constructed and operated the Tampa Bay desalination plant in Florida, the largest in the United States, which supplies water to around 2.5 million people, producing 108,000 m3 of water per day. This desalination plant came into operation in 2008 and has won various international awards in the sector.

In the energy sector, ACCIONA operates more than 1,300 MW of renewable energy in North America, as well as a 64MW solar-thermal plant in the Nevada Desert.