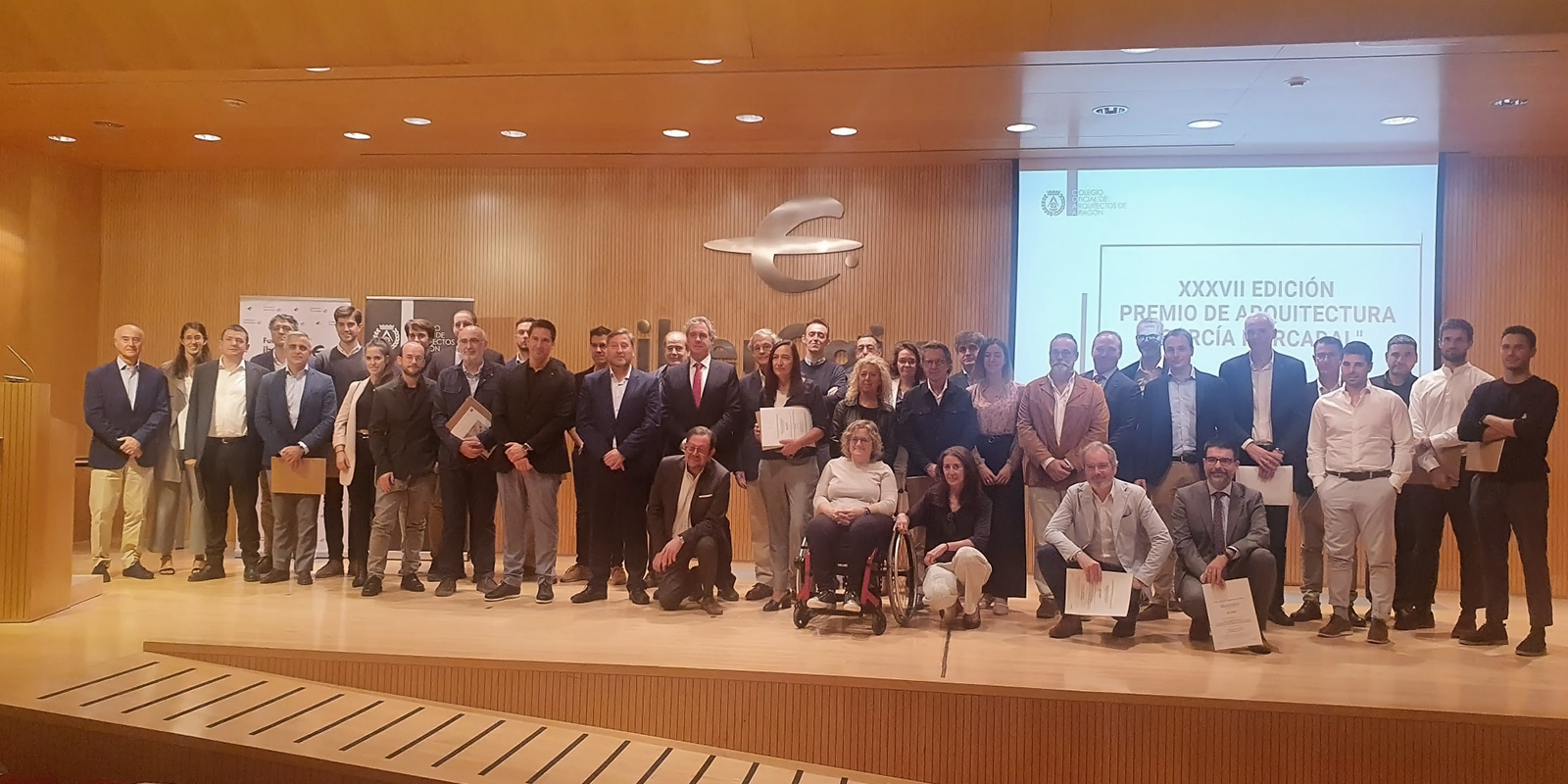 On October 3rd ACCIONA received the García Mercadal prize of the Official Architects Association of Aragon for its project to extend and reform the offices of MAZ, located in Zaragoza.

The project by the architect Sergio Sebastián consisted of the extension and reform of the offices of MAZ, located in Calle Sancho y Gil (Zaragoza), maintaining the brick façade from 1967 and turning it into an office building. The volume, the treatment of light and the quality of the execution of the project, together with the layout of the office level around the vertical section of the central courtyard, were the reason the jury chose this project as the best one carried out last year in Aragon.

Business Development Manager of the company’s Construction Division in Spain and Portugal Alberto Royo received both prizes on behalf of ACCIONA.

As well as this award, ACCIONA also won a prize in the “Rehabilitation, Interior and Ephemeral Architecture” section for the new rail station at Canfranc (Huesca province).

The jury highlighted its formal power, the integration with the new station and the structural and visual simplicity of the new roof as outstanding aspect of the project by the architects Joaquín Magrazó Gorbs and Elena Valllino Gil (Ingennus Urban Consulting).

The new station was inaugurated in April 2021. Its construction, covering a working surface area of over 950 m2; together with the creation of new sidings (1.6 kilometres long), are part of a larger-scale project that is being carried out by ACCIONA.

In this case, ACCIONA Joint Venture Manager for the Canfranc project Jaime Molina received the award in representation of the company.

The Fernando Mercadal prizes were created in 1986 by the Architects Association of Aragon in recognition of the work of this architect from the region. They set out to recognise architectural projects carried out in Aragon and to reward the best solutions to technical, design, economic, social and environmental problems.