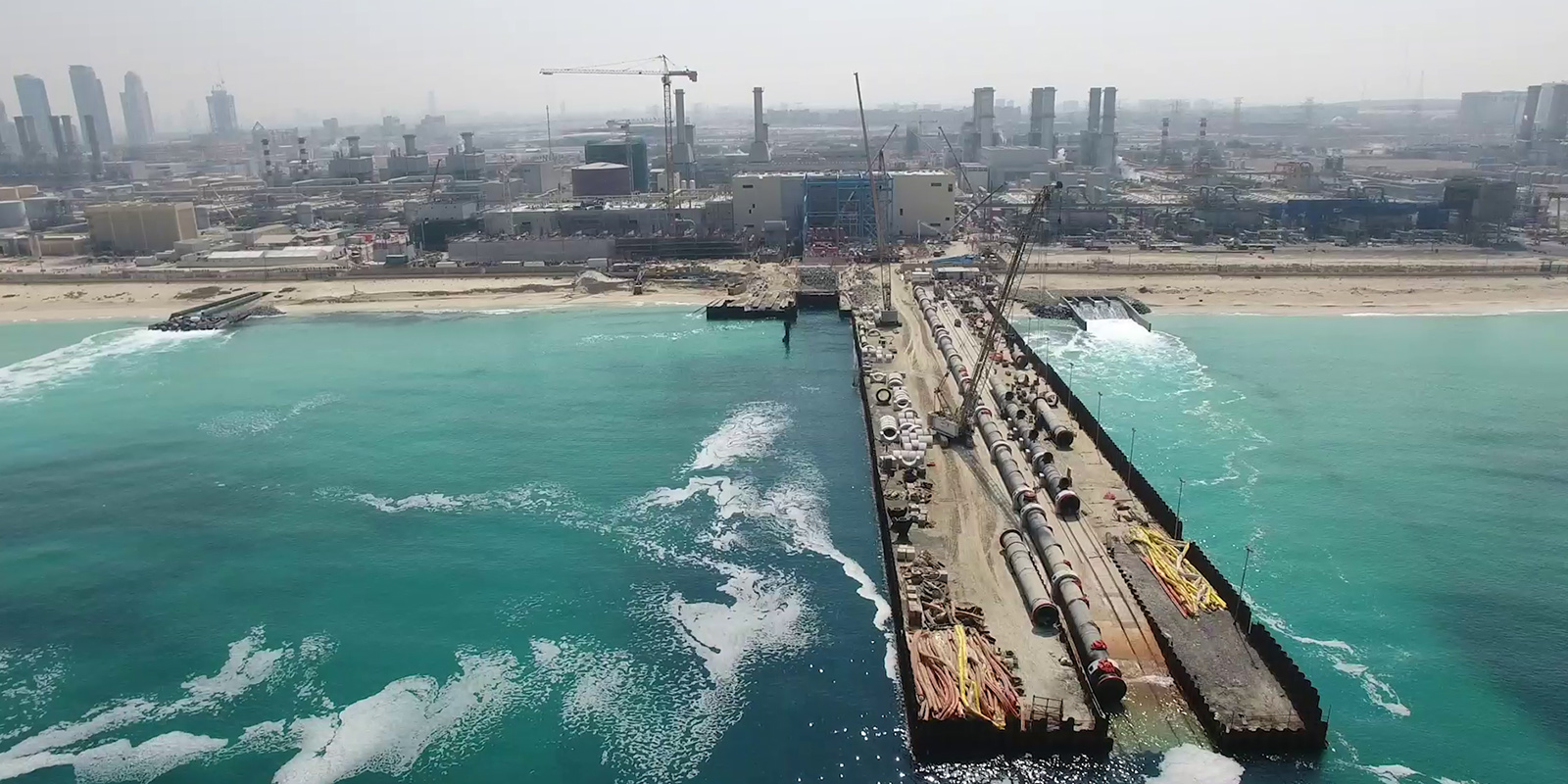 ACCIONA has achieved a key milestone in the construction of the Jebel Ali desalination plant located in Dubai with the production of the first cubic meter of potable water.

The plant, equipped with energy-efficient Sea Water Reverse Osmosis (SWRO) technology, is a critical project in the modernisation of the water sector being undertaken by Dubai Electricity & Water Authority (DEWA).

ACCIONA is the EPC contractor for Jebel Ali SWRO, which it expects to complete by 2021. The desalination plant will produce 182,000 cubic meters of potable water per day, serving a population of 700,000 inhabitants. Its capacity makes it one of the largest desalination plants in the UAE.

Francisco Javier Nieto, ACCIONA Project Director, said: “This milestone is the result of good teamwork between the client, our engineers and the construction teams. Now that we are entering the final stage of construction, we will undertake a number of trials and tests to make sure everything works perfectly”.

Jesús Sancho, ACCIONA Middle East Managing Director, said: “We are proud to have reached this milestone at Jebel Ali SWRO on time that proves ACCIONA’s commitment and good work with our clients. It is an essential milestone and we are very proud of it, as it demonstrates our commitment to respect the goals of our client and local authorities”.

According to ACCIONA’s latest Sustainability Report, desalinated water production in the Middle East will be 13 times higher in 2040 than it was in 2014. In a region with acute water scarcity, demand for desalinated water is being driven by climate change and population growth. The Dubai Clean Energy Strategy 2050 aims to reduce Dubai’s carbon footprint to one of the smallest in the world by 2050, which will require an increasingly efficient desalination water production process.

The Company has currently under construction 4 desalination plants in the Kingdom of Saudi Arabia, all of them with Seawater Reverse Osmosis technology.