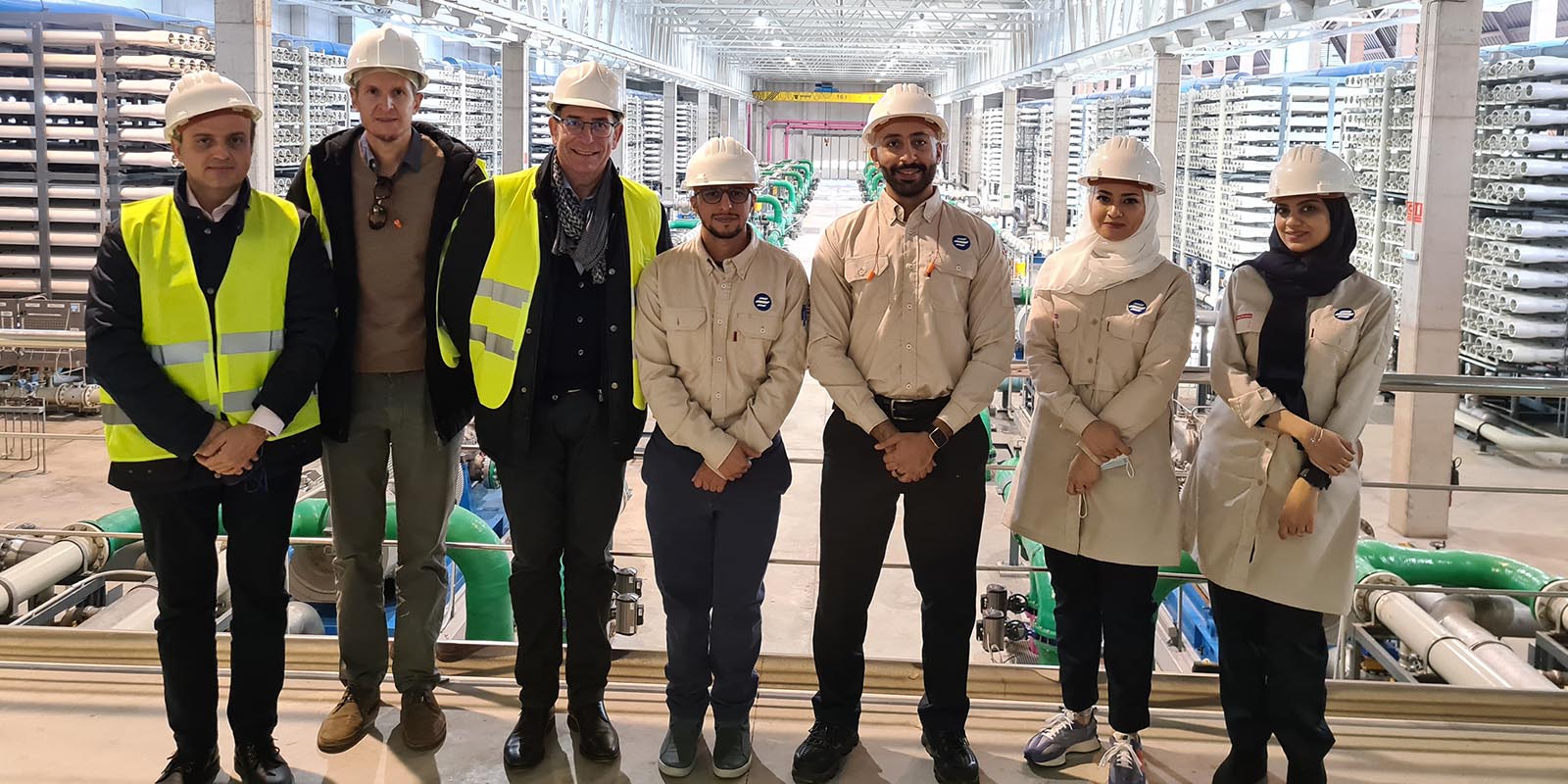 A group of specialists in new technologies from the publicly-owned Saline Water Conversion Corporation (SWCC) of Saudi Arabia visited several of the water desalination facilities and plants operated by ACCIONA in Spain from 22 to 25 November, to get to know the latest projects implemented by the Company in the field of digitalization.

During the visit the visitors were shown, among other things, the technologies and processes developed by ACCIONA in the field of desalination to gather experiences and references that could be implemented in other desalination plants in Saudi Arabia, with a view to optimising the efficiency and the environmental footprint of their facilities.

SWCC is a state-owned company that operates the biggest desalination and energy generation plants in Saudi Arabia. ACCIONA currently has six desalination and three wastewater treatment projects in the country, consolidating itself as one of the main water treatment companies in an area with some of the highest water stress levels on the planet.