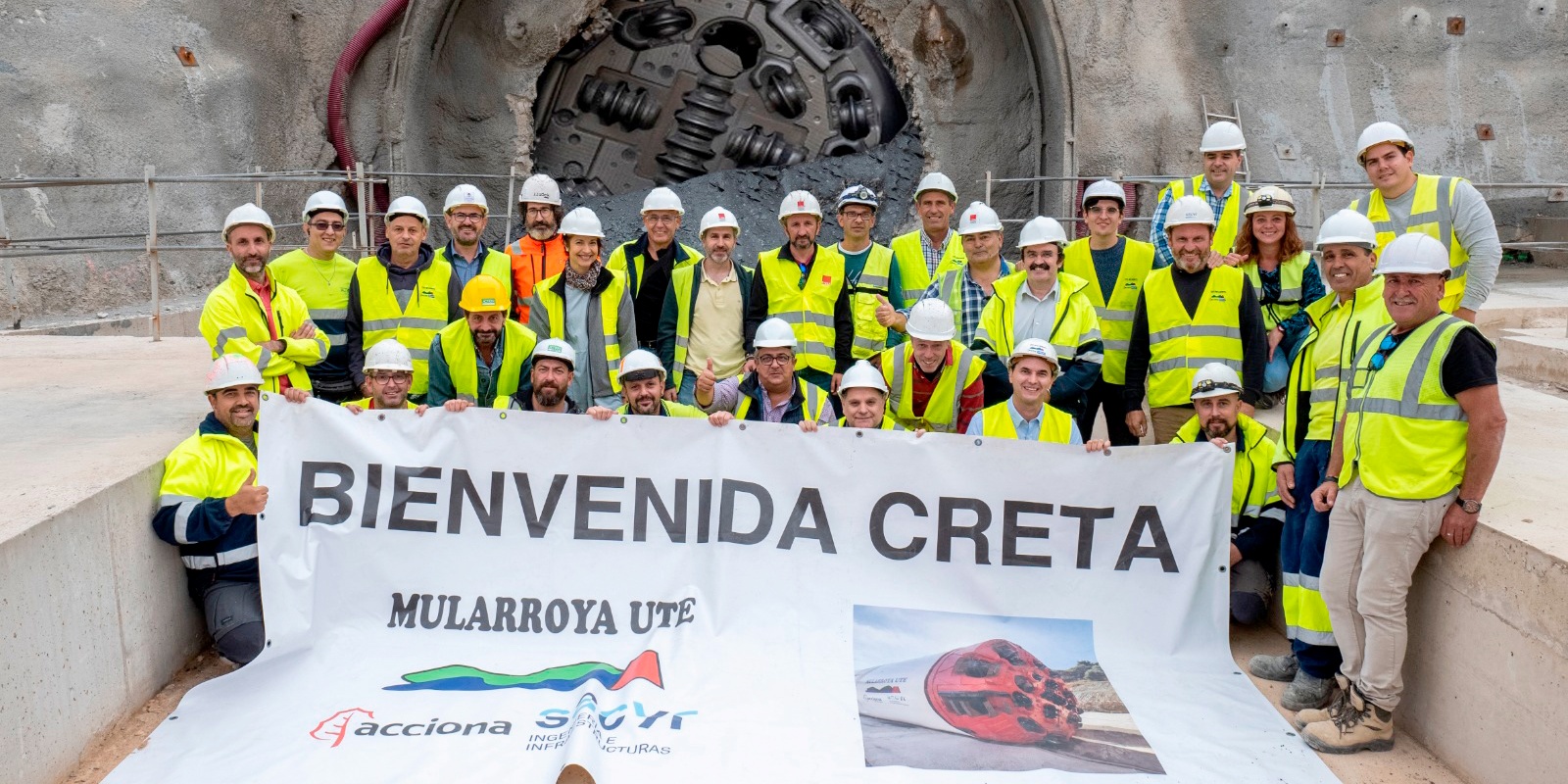 ACCIONA and its partner Sacyr have celebrated the intermediate breakthrough of the water transport tunnel in the Mularroya dam in the province of Zaragoza.

The temporary joint venture between ACCIONA and Sacyr was awarded the project. It consists of the design and construction of the Mularroya dam, as well as the completion of dam diversion and water transport structures, involving the building of a 2.9-metre diameter tunnel over more than 12.6 kilometres.

Work on the project started in late 2020 and 8,237 metres have been dug to reach the intermediate attack, a major milestone in itself. At this point the route runs open to the sky for 80 metres along the bottom of a valley as far as the new entrance. Overall, there are still 4,337 metres to go to reach the final exit of the tunnel.

Once this point is reached, the location of the permanent installations will be changed, as well as the revision and preparation of the tunnel boring machine that is being used for its construction.

Furthermore, in line with ACCIONA’s commitment to sustainability, and due to the limited interior diameter of the tunnel, the joint venture opted for using electrical conveyor belts to transport earth out of the tunnel, minimising the use of locomotives. By doing this, emissions of polluting gases created by transport operations are reduced to zero inside the tunnel while it is being built.