ACCIONA’s Water Division is participating in several water projects tendered by the Saudi Water Partnership Company (SWPC). In 2019, SWPC issued it’s 7-Year Statement as part of the 2030 Saudi National Water Strategy. This 7-year statement is SWPC’s plan for future projects covering the period from 2020 to 2026. The 7-Year Statement is based on the Ministry of Environment, Water & Agriculture (MEWA) direction as well as the future plans of the Saline Water Conversion Corporation (SWCC) and the National Water Company (NWC), in order to have the ability to make available potable water to the citizens throughout the Kingdom.

The 7-Year Statement has had a major impact in the industry with its level of transparency, it also provides sufficient lead time for developers, suppliers, manufacturers, and others in the industry both inside and outside the Kingdom to plan their future activities to meet the growing demand for desalination water and sewage treatment facilities.

From the 7-Year Statement, ACCIONA was awarded five SWPC projects to date

The three independent wastewater treatment plants (ISTP) in Saudi Arabia: Madinah-3, Buraydah-2 and Tabuk-2. These plants treat the wastewater of up to 2 million people and contribute to national water conservation and re-use targets, in line with the country’s project for sustainable development and economic diversification titled Vision 2030. From the main environmental characteristics of the WWTP projects we would highlight: the recycling of wastewater for irrigation; the treatment and re-use of sewage sludge for agricultural use as fertilizer and for the manufacture of cement (‘zero sludge’ method), and the use of renewable electricity to supply energy to the wastewater plants.

The Shuqaiq 3 desalination plant is located in the southwest of the country, it is one of the biggest desalination plants in Saudi Arabia. With reverse osmosis technology and a daily treatment capacity of 450,000 cubic metres to provide a service to a population equivalent of 2 million, the project offers one of the most competitive desalinated water rates in the world. It is also equipped with a photovoltaic (PV) plant to reduce specific energy consumption. It is part of Saudi Arabia’s programme to transform and modernise the water sector through the renewal of its freshwater production facilities, adapting them to the latest international standards of quality and efficiency.

The Jubail–3B desalination plant is located in the industrial city of Jubail on the Arabian Gulf, around 100 kilometres from Dammam. The project includes storage tanks equivalent to one day’s production as well as its own small solar energy plant to reduce power consumed from the grid. The plant is currently under construction and its entry into service is planned for early 2024.

Through these contracts ACCIONA has consolidated itself as one of the main companies in the field of water treatment infrastructures in one of the areas with the highest water stress on the planet: the Middle East and, more specifically, Saudi Arabia.

ACCIONA has also been qualified & shortlisted to carry out the following projects, which also come under the 7-Year Statement:

For more information on the 7-Year Statement which ACCIONA is participating, see *SWPC-7-Year-planning-Statement-(2020–2026).pdf 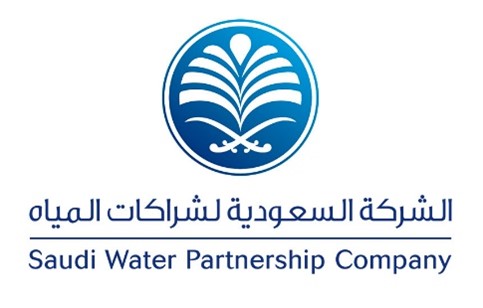