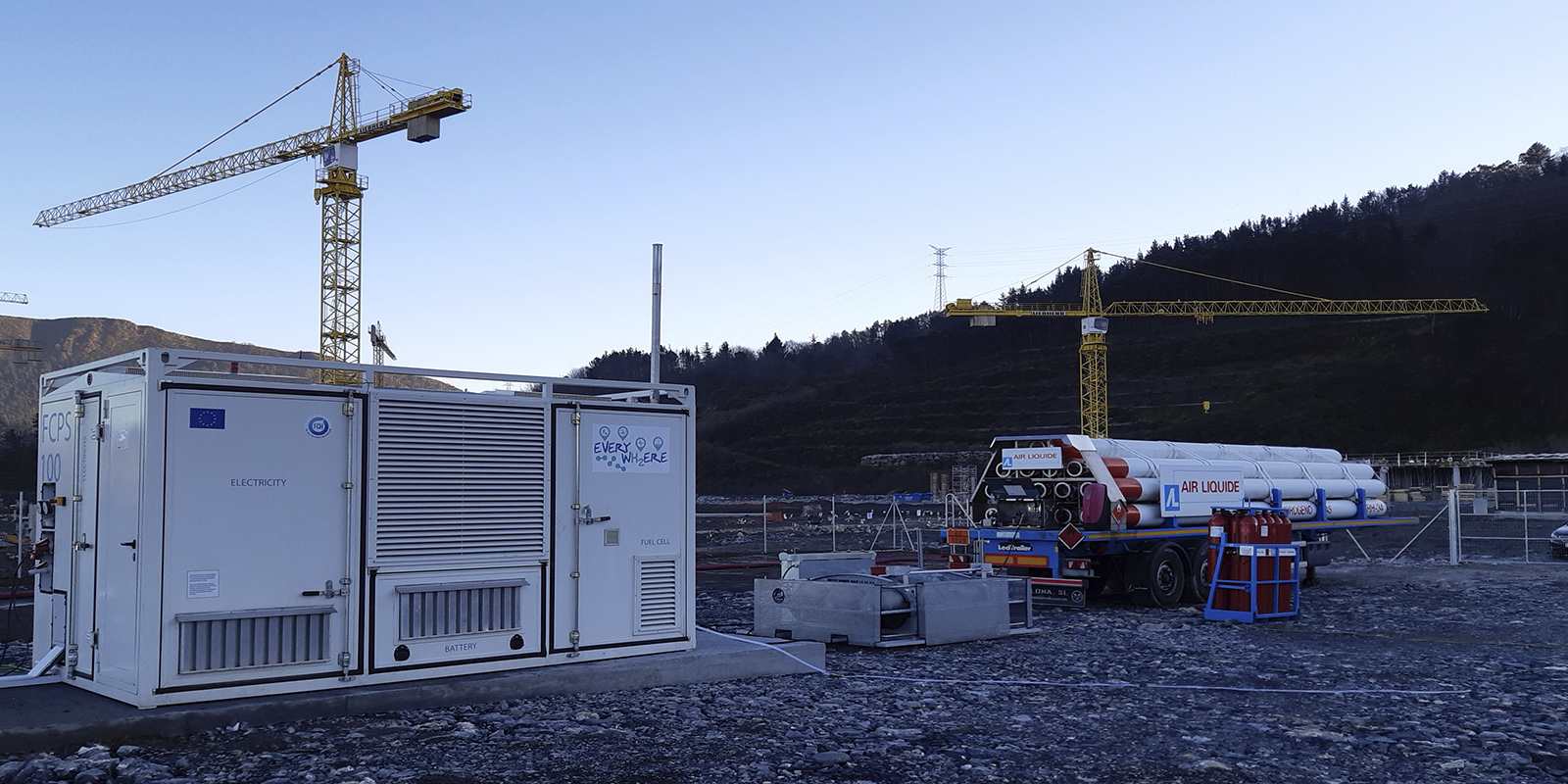 ACCIONA has achieved a world milestone in the construction sector by operating a tower crane with a portable zero-emission electricity generator based on hydrogen. This is a great step forward, because in projects where it is not possible to connect to the grid the usual solution is to use generators powered by fossil fuels, mainly diesel.

This is the first experience in the construction sector worldwide in the use of this kind of portable generators based on hydrogen with a power range (100 kW) able to feed auxiliary equipment and site machinery.

It took place in the construction work for the new Norte III Penitentiary Complex in Zubieta, near San Sebastián (Basque Country, northern Spain). The project was awarded last year to a joint venture involving ACCIONA, and the crane will continue to operate for the next three months thanks to this hydrogen-based electricity generator.

The development and validation of this first prototype of a 100 kW portable electricity generator based on hydrogen is part of the demonstration phase of the ‘Everywh2ere’ innovation project, in which the company is participating together with another 12 European partners.

The project, financed by the European Commission through the FCH JU (Fuel Cell Hydrogen Joint Undertaken) initiative, consists of the development of portable generators that use hydrogen instead of oil-based products to generate energy, reducing CO2 emissions and the noise and fumes created by current electricity generators.

ACCIONA’s role in the project is mainly to head the validation of the technology for its use in construction, through the implementation and deployment of a series of pilot projects of prototype generators developed on some of the sites of its project portfolio, such as the one in the prison complex in San Sebastián.