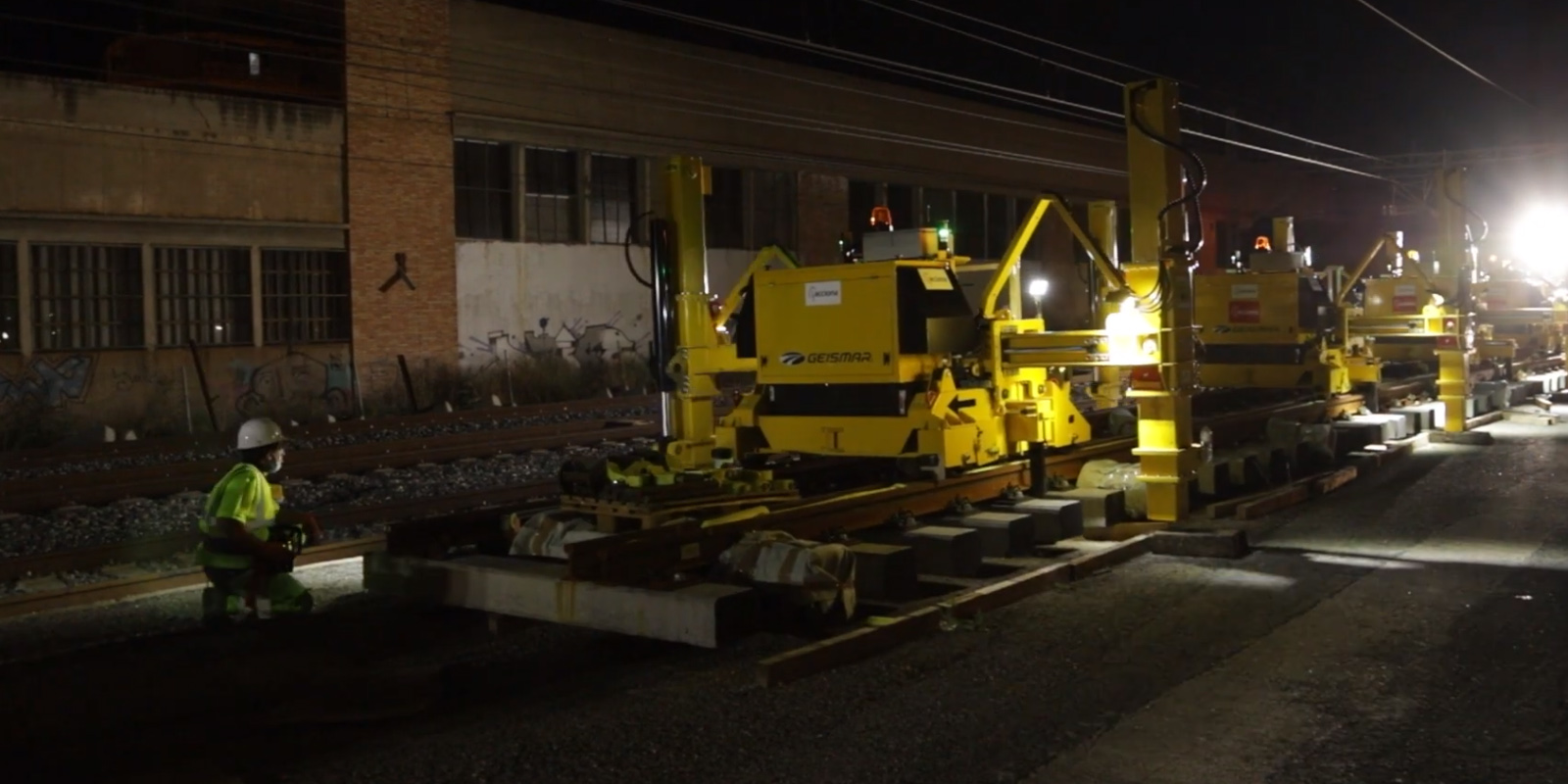 ACCIONA is installing the dual gauge railway between Fuente de San Luís station and Castellón station, on the existing line between Valencia and Tarragona.

These works form part of the plan of the Ministry of Transport, Mobility and Urban Agenda (formerly the Ministry of Public Works) to boost freight transport and progressively incorporate its main lines into the Trans-European Transport Network (TEN-T). The Mediterranean Corridor, which falls within the scope of this project, is among the railway lines that will be upgraded.

The works being carried out by ACCIONA are taking place on the main track and on the sidings at all the stations along the Fuente de San Luís – Castellón section.

ACCIONA is undertaking a complex construction process using track-specific and proprietary machinery to replace the existing switches on the main lines and the sidings at stations on the Fuente de San Luís – Castellón section. It is therefore carrying out works to relay the switches, cutting and removing the existing switches, compacting and improving the soil bed, installing new sidings, linking the existing track to the new switch, replacing sleepers, and lastly levelling out and stabilising the track and carrying out the corresponding welding works.