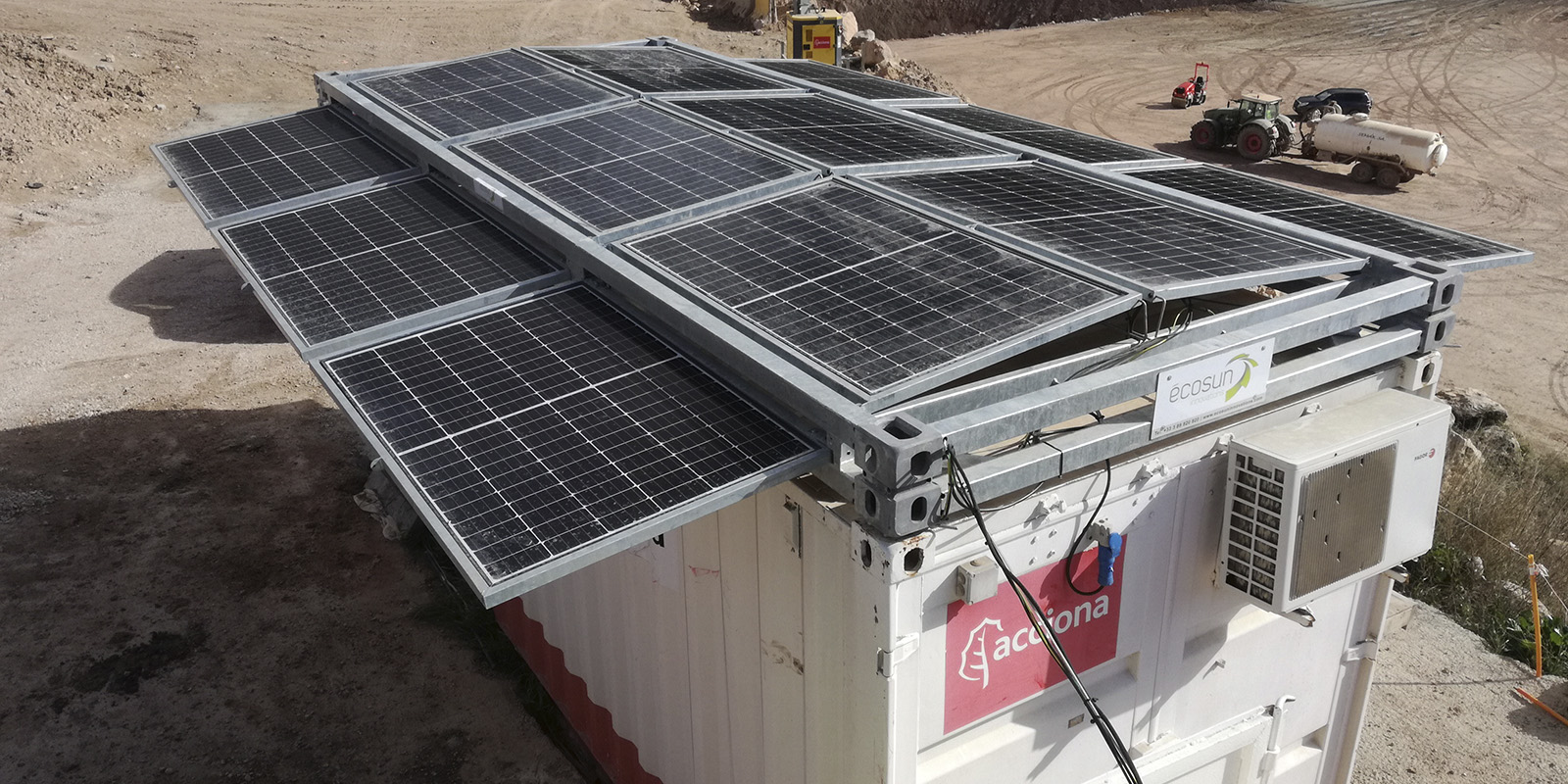 ACCIONA has launched a pilot project to implement innovative portable power plant (electricity generators) that use photovoltaic technology, for the works that it is currently carrying out on the A-27 highway between Valls and Montblanc in Tarragona.

Although power generators are routinely used on works sites in the construction sector, especially on sites that do not have access to mains electricity, at present all of these are powered by fossil fuels (mainly diesel), which generate high levels of polluting emissions.

By implementing this innovative solution, ACCIONA is bringing sustainability to the power supply on its worksites, while promoting the adoption of new technologies and solutions that can help to decarbonise the construction sector, one of the company’s primary short-term objectives.

Over the next six months, two innovative hybrid-type machines will be used, developed by the French company ECOSUN Innovations and installed at the A-27 works, to evaluate their efficiency in a real working environment.

The first of these generators installed by ACCIONA, called a Frame-Watt with 4.0 kWp of solar power, has been designed to be integrated on the roof of a standard portacabin, operating autonomously with no connection to the mains network. Its solar array comes pre-assembled and pre-cabled and some of its elements can be tilted or unfolded to maximise energy production. At the Valls worksite, it powers the office in the portacabin and is supported by a control system and a storage system that uses batteries integrated into the unit.

The second generator, called a Trailer-Watt with 4.4 kWp of power, provides support to a lighting mast and has sockets for powering small tools and electrical works equipment. The whole generator is designed to be easily installed and transported, and is also fully autonomous for use at worksites with no mains connection. It has a programmer for switching the lights on and off and a battery pack.

The main objective of both pieces of equipment is to significantly reduce the diesel consumed by electricity generators, which to date have been used to supply the electricity needs of the portacabin and the lighting mast.

Their ease of installation and operation, their ability to fully supply the uses for which they have been designed, the possibility for this equipment to pay for itself and the different business models and uses to which they can be put on worksites, are all key factors in promoting the progressive introduction of these types of systems on ACCIONA’s projects. In fact, the company is currently working to install a similar piece of equipment, but with even greater versatility and power (26.0 kWp), at the worksite for the La Laguna prison complex in Talca (Chile), in order to carry out a new feasibility study on the use of on-site photovoltaic systems.