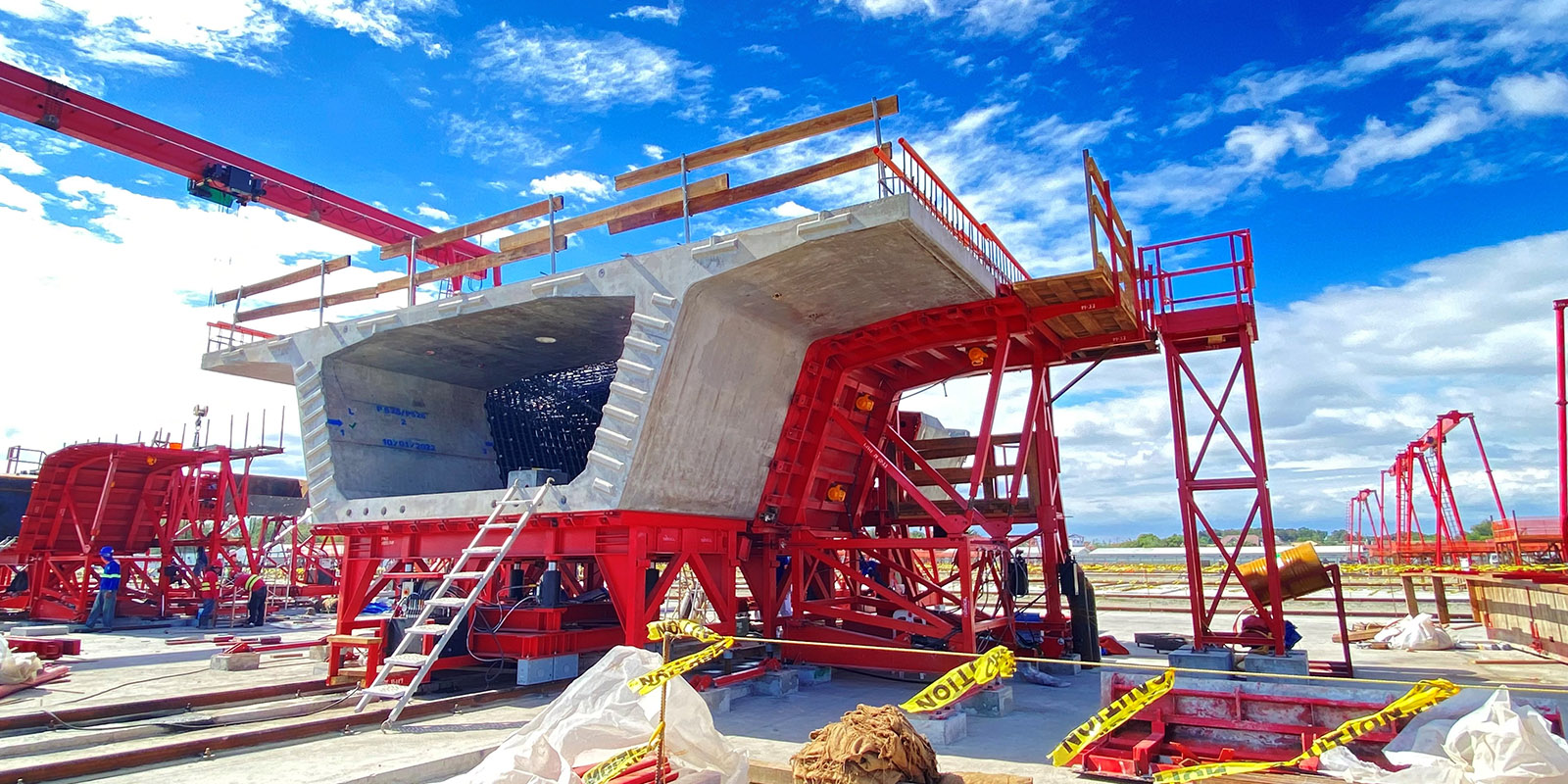 ACCIONA has completed the first concrete segment that will be used to construct Section 2 of the Malolos-Clark railway line in the Philippines.

The project, which includes construction of 16 km of raised viaduct and the new San Fernando Station, requires a total of 6,186 segments, each one 2.5 metres long and weighing approximately 45 tonnes.

ACCIONA is constructing the segments on a self-performing basis, both in terms of human and material resources, and estimates that all of the segments will be constructed within approximately 20 months.

In 2020 ACCIONA was also awarded Section 4 of the Malolos-Clark railway line, in addition to the previously awarded Section 2 contract. This consists of constructing 6.5 km of raised viaduct, a section of underground access to Clark Airport, a station in the international terminal, as well as substations and auxiliary installations.

The combined contracts are worth a total of PHP51.7 billion (€890 million) and have funding from the Asian Development Bank.

This new railway line, one of the key infrastructures for mobility in the Metro Manila area and a priority project for the Philippine Department of Transport (DOTR), will reduce the journey time between Manila and Clark International Airport to one hour and prevent the emission of 60,000 tonnes of CO2 annually.