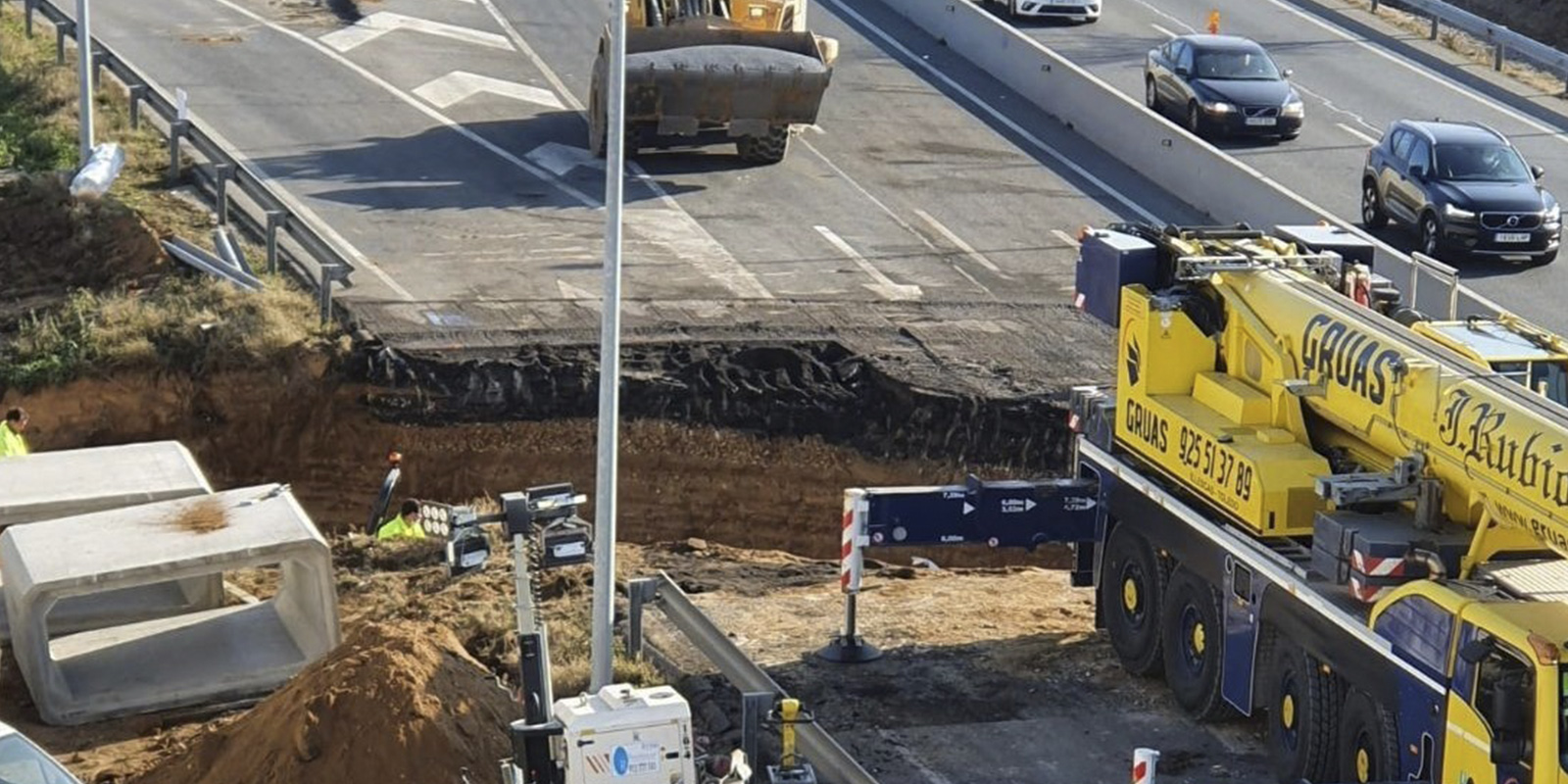 ACCIONA, through its Infrastructure Maintenance Area, is carrying out the works to improve the longitudinal and cross drainage on the TO-23 highway (formerly the N-400), which links the neighbourhoods of Santa Bárbara and Santa María de Benquerencia on the outskirts of Toledo.

The goal of these emergency works is to ensure that rainwater can dissipate and therefore prevent potential flooding on the road. In addition to anticipating the potential effects of poor weather, these works seek to significantly enhance road safety, which is a key objective for ACCIONA.

The works, which have a budget of €1.8 million, primarily consist of widening and increasing the capacity of the existing run-off channels and improving the cross drainage works. The structure of the highway will also be strengthened with a retaining wall; the road surface on both carriageways will be reconstructed; and the signage and cordoning on both lanes will be improved.

These actions will ensure that rainwater disseminates from the top side of the road towards the river, as well as through the existing drainage system for the railway track.

The works began in mid-November, prompted by the consequences of the torrential rain in early September and the flooding that occurred on the road during the “gota fría” storms last autumn. The works on the main section of the TO-23 have been underway since the end of January.

ACCIONA is carrying out the works on the main part of the TO-23 at weekends to reduce the impact on traffic as much as possible. The works are expected to be completed in April.